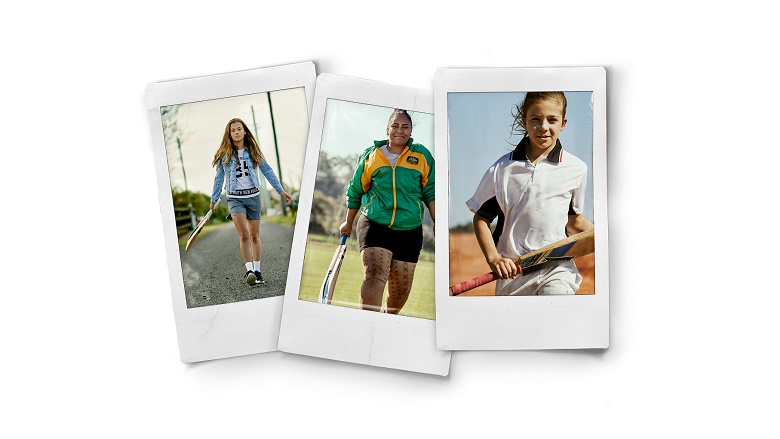 The growing profile of elite women’s cricket and the commitment of grassroots programs has led to 60 per cent of new cricket players being female, according to the National Cricket Census.

The hugely successful Australian Women’s Cricket Team has helped ensure the women’s game is receiving the attention it deserves and Commonwealth Bank research shows 47 per cent of Aussies are more interested in women’s sport than they were a year ago.

The growing popularity for the sport, as well as grassroots cricket club programs, has meant more young girls are now taking up the sport than boys, with 6 in every 10 new participants being female1.

This figure is anticipated to continue to grow as the majority of Aussies (70 per cent) agree increased TV coverage will inspire more women to continue or take up competitive sport2.

Monique Macleod, Chief Marketing Officer at Commonwealth Bank, says, “It‘s fantastic to see the increase in participation amongst junior girls. Women’s sport is stepping into the limelight, and now with more broadcast support and hard-working grassroots programs, it is getting the full attention and uptake it deserves.

“We’ve been working with Cricket Australia to grow the women’s game for the last 20 years. Through initiatives such as the Growing Cricket For Girls Fund and our ongoing sponsorship of grassroots cricket clubs, we’re serious about creating opportunities for young players at all levels.”

Australian Women’s Cricket Team all-rounder and CommBank Ambassador, Ellyse Perry, says,  “It’s been incredible to see the growth of women’s sport over the last few years, and having the opportunity to play on such a large stage on Saturday night at North Sydney Oval is another major milestone. It’s inspiring to see so many young girls taking up the sport and I hope that, with more exposure to the game, a whole new generation of Aussies will continue to grow our game and have the chance to achieve their goals and aspirations.”

This year marks 20 years of Commonwealth Bank’s support of women’s cricket. To commemorate the milestone, 100 grassroots young cricket players and their families will fill the grandstands at the opening women’s T20 International game against New Zealand. This kicks off a series of activity happening throughout the summer, celebrating CommBank’s support of women’s cricket.

You can watch the new campaign, ‘20 Not Out’ starring young female cricket players from local clubs:

2The Commonwealth Bank research was commissioned by Commonwealth Bank and undertaken by independent research company, ACA Research. The survey was conducted during December 2017 with 1,027 Australian respondents over the age of 18. The sample was drawn to be nationally representative by age, gender and location, based on the latest ABS population statistics.

About CommBank’s partnership with Cricket Australia:

From grassroots to elite female, Indigenous and all-abilities, CommBank’s partnership with Cricket Australia is designed to make cricket inclusive and accessible for all. CommBank has sponsored the Australian Women's Cricket Team and the women’s development squad for 20 years and during the 2017-2018 season, sponsorship funding will also go towards:

Data for the inside edge

Changing how we see women in cricket