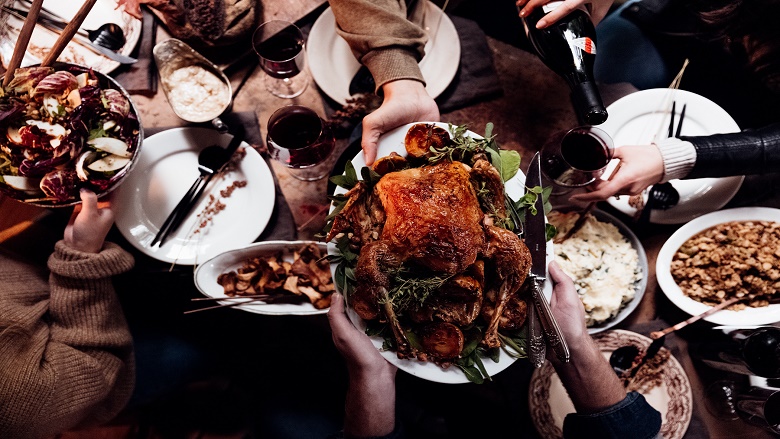 The Christmas meal is the most expensive of the year, CBA research finds.

We’re a nation of festive food lovers and 11.2 million Australians admit to spending more on food and groceries during Christmas than any other time of year, according to new research from Commonwealth Bank.

The 2018 Commonwealth Bank Christmas Consumer Spending Study reveals the Christmas Day feast is the most expensive meal of the year for more than half the country (54 per cent), with almost four in 10 Australians starting their food shopping up to one month beforehand (38 per cent).

Rohan Ritchie, General Manager Everyday Banking and Retail FX, says: “It’s only natural we want to give generously to our friends and family at Christmas and hosting a delicious meal is a great way to do this. Unfortunately, how much we’re spending is often the last thing on our minds and we often don’t add it all up until after the holiday period.

“To keep this festive period carefree and avoid a spending aftershock, it’s helpful to keep track of how much you have spent and work from a budget. Using tools like Spend Tracker and Spending Notifications in the Commbank app can help you stay on top of your costs.”

The majority of Australians are still choosing to celebrate the Christmas meal at their home or at the home of family and friends (89 per cent), and only a small number are breaking tradition to dine out at a restaurant (5 per cent).

Baby boomers prove to be the most hospitable and are most likely to host the Christmas feast (46 per cent). They also admit to spending the most on groceries (65 per cent) and almost half of this age group start shopping for the Christmas meal up to one month before the big day (45 per cent).

Christmas financial feast tips to keep your guests satisfied, but your budget trim:

*The Commonwealth Bank Christmas Consumer Spending 2018 Study was undertaken by ACA Research in November 2018. Results are compiled from an online survey of 1,044 Australians 18+, with quotas set based on the latest population estimates sourced from the Australian Bureau of Statistics.

Aussies to spend big this Christmas

How blockchain could change the way we spend