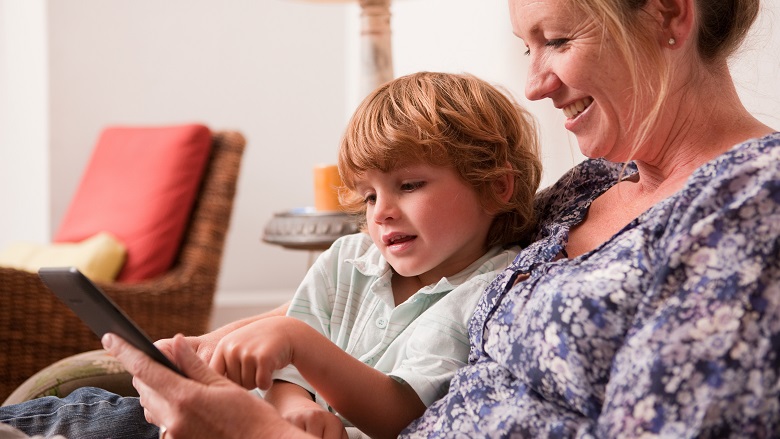 Nearly half of Australian parents struggle to teach children about saving and spending responsibly in a digital age.

In today’s increasingly cashless society, parents believe online transactions make it harder for kids to learn the value of money, but also agree technology can make it easier to learn how to track savings goals and monitor their spending (42 and 41 per cent respectively), a new CommBank survey has found.

To help parents teach their kids vital money management skills in a safe online environment, CommBank has launched the CommBank Youth app, the first in Australia to provide kids real-time access to their bank accounts. This secure digital banking tool is designed to help kids understand the concept of digital money and learn money skills in a fun way.

The survey found almost all kids (97 per cent between 5-12 years old) have access to a smartphone, tablet or computer. The CommBank Youth app can be downloaded on iOS 9.0+ devices, so it’s easy for kids to get hands-on while still being 100 per cent secure. Overall, the app helps parents transition their kids from saving money to safe spending – an answer to a common concern CommBank recognised among many Australian parents.

Piloted in 2016, the CommBank Youth app lets kids check their account balance, and transfer money to and from their transaction account, if they have one. This enables kids to make saving and spending decisions with full parental supervision, providing transparency on the impact of their choices. With this knowledge, kids can make better decisions on how much of their pocket money to move into savings, and leave the rest to spend.

Kids can also create a list of chores on the CommBank Youth app, and tick them off when they’ve completed them to earn pocket money. Savings goals can also be set up in order to watch progress against these goals. Parents can monitor all activity on their child’s bank accounts from their CommBank app.

Head of School Banking and Youth Veronica Howarth said: “More parents are now having conversations with their kids about the importance of saving money.

“Given the prolific use of technology and apps by kids, we saw a need for a tool that enabled parents to teach their children about saving and responsible spending with technology they’re already using.”

Parents will continue to have full visibility of their child’s transactions, the ability to set spending limits, and lock their child’s keycard.

Pilot testing revealed the majority (79 per cent) of parents felt the CommBank Youth app would help their kids with money management skills, while 88 per cent of kids felt the app taught them to be more money-savvy and be smarter with saving, earning and spending their money.

“We know Aussie kids are good savers, but in an increasingly cashless society where they are exposed to purchases using digital money it was important to provide a practical solution to help kids learn the value of digital money and make good saving and spending choices,” said Ms Howarth.

The CommBank Youth app Survey found QLD kids were the most tech savvy choosing to store and save their money in their online bank account, while their counterparts in other states were more traditional with their savings, preferring to store it as cash:

CommBank continues its leadership in technology with the CommBank Youth app, which was developed to help the next generation of Australians develop strong money management skills.

The CommBank Youth app is available for all Apple devices using iOS 9.0+ from the App Store.

About the CommBank Youth App survey

The Commonwealth Bank Youth app Survey, undertaken by ACA Research, occurred in April 2017, with results compiled from an online survey of 1,042 respondents.