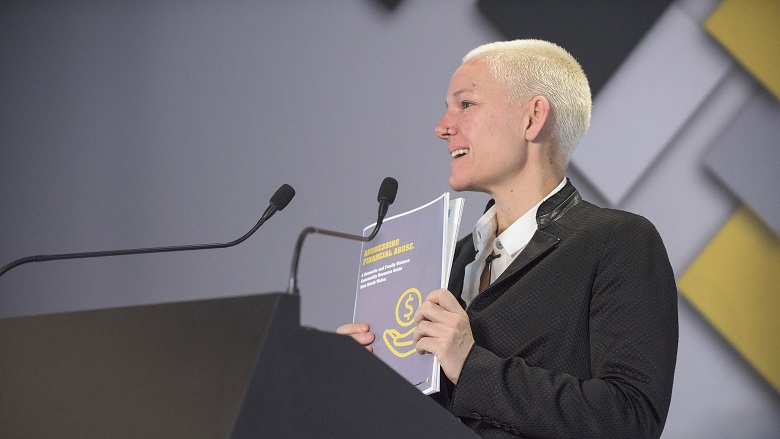 As part of Commonwealth Bank’s partnership with DVNSW, 2,500 booklets have been printed for distribution to domestic and family violence organisations across the state, including to financial counsellors with Financial Counselling Australia. The guide is also available online at https://www.commbank.com.au/addressing-financial-abuse

The booklets can be used by anyone in Australia, however state and territory-specific guides for Victoria, ACT, the Northern Territory, Western Australia, South Australia, Tasmania and Queensland will be produced in the coming months.

Commonwealth Bank Group Executive of Retail Banking Services, Matt Comyn said: “Financial abuse plays a significant role in domestic and family violence, and we know that financial abuse can affect the long-term financial wellbeing of our customers, particularly women.  Our partnership with Domestic Violence NSW to produce the Addressing Financial Abuse booklet will further enhance the valuable role played by frontline community organisations by offering guidance on becoming financially independent as a critical step in dealing with an abusive relationship.

“The Government, community organisations and the private sector all have an important role to play in ending domestic and family violence in Australia.”

“Given the vast number of people affected by financial abuse in NSW, there is a significant need for this resource. Addressing Financial Abuse will help frontline workers guide those affected to independence, making them less vulnerable to the financial control exercised by abusive partners, and assisting them in the recovery process.”

Financial abuse (also called economic abuse) is a serious form of domestic violence that occurs when an abuser uses money or other resources as a means to misuse power and control over their partner. It is one of the most powerful ways a perpetrator can keep their partner trapped in an abusive relationship, and may also affect that partner’s safety, even after they leave the relationship.

Addressing Financial Abuse provides guidance on the simple steps that can be taken to promote financial independence, such as opening up a new personal bank account; financial safety planning; freezing joint accounts and changing account passwords.

If you or your organisation would like copies of the booklet for any state or territory, please email corporateresponsibility@cba.com.au.

About Commonwealth Bank’s response to domestic and family violence

The partnership between the Bank and DVNSW is the latest in a series of initiatives by Commonwealth Bank to help end domestic and family violence in Australia in a generation. In May, the Bank announced a $900,000 support package to Financial Counselling Australia (FCA) and the Jan Pentland Foundation to improve the skills of the financial counselling industry, particularly relating to the role played by financial abuse in domestic and family violence.

Addressing Financial Abuse is one of many elements in Commonwealth Bank's Financial Inclusion Action Plan, which includes being part of a movement to end domestic and family violence in Australia in a generation. The Bank's response is part of its corporate responsibility plan, Opportunity Initiatives, and the Bank's support for gender equality and financial wellbeing in Australia, understanding that disparities in both contribute to domestic and family violence.

Domestic Violence NSW is the peak, state-wide representative body for a diverse range of specialist domestic and family violence services in New South Wales. Operating from a feminist, social justice perspective, it works to improve the spectrum of policy, legislative and program responses to domestic and family violence (DFV) and to eliminate DFV through leadership in advocacy, partnerships and the promotion of good practice.