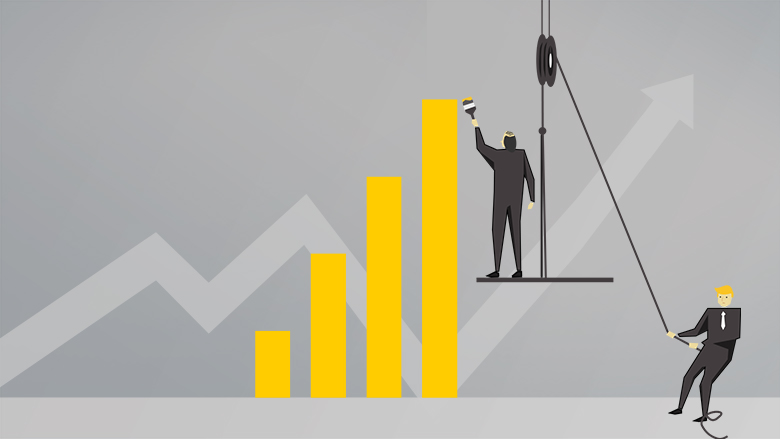 Nationwide consumer spending grew at a healthy rate in April according to the Commonwealth Bank’s latest Business Sales Indicator (BSI). Sales grew by 0.4 per cent in trend terms in April, following gains of 0.5 per cent in February and March, and annual growth is well above the 5.5 per cent long-term trend rate at 6.4 per cent.

The seasonally adjusted estimate of spending rose by 1.4 per cent in April after a 1.6 per cent lift in March, the strongest back-to-back gain in almost two years.

“The good news for businesses is that people are out there spending. With new tax breaks for small businesses announced in the Federal Budget, there’s now a fantastic opportunity for business owners and leaders to capitalise on that mood by investing back in their business,” said Ms Claire Roberts, Executive General Manager, Local Business Banking, Commonwealth Bank.

“Businesses should get a solid strategy in place to make the most of consumer optimism, carefully considering the merit of any purchases they might want to make using the new tax break,” said Ms Roberts.

Craig James, Chief Economist at the Bank’s broking subsidiary CommSec and author of the BSI report, said economic conditions were favourable for sales growth to continue in the coming months.

“Continued strength in the housing market and the recent rate cut have given consumers the confidence to spend, as the latest BSI indicates. We can expect sales growth to continue at a healthy rate throughout 2015, as measures from the recent Federal Budget trigger a surge in business investment and the global economic outlook improves,” said Mr James.

Across the different industry sectors spending fell in just four of the 19 sectors in April. Contractions were seen in Business Services (down by 0.4 per cent); Automobile & Vehicle Sales (down by 1.1 per cent); Airlines (down 1.0 per cent); and Mail Order/Telephone Order Providers (down by 2.7 per cent).

Among the strongest industry sectors in April were Amusement & Entertainment (up 2.4 per cent); Professional Services & Membership Organisations (up by 1.3 per cent); and Miscellaneous Stores (up 1.1 per cent).

Sales rose across all the states and territories in April, with the exception of Northern Territory (down 0.8 per cent). Sales rose most in South Australia and the ACT (both up by 0.9 per cent), followed by Western Australia. Victoria and Queensland (all up 0.5 per cent), NSW (up 0.3 per cent) and Tasmania (up 0.1 per cent).