Energy efficient alternatives are top of mind for WA farmers

Energy efficient alternatives are top of mind for WA farmers 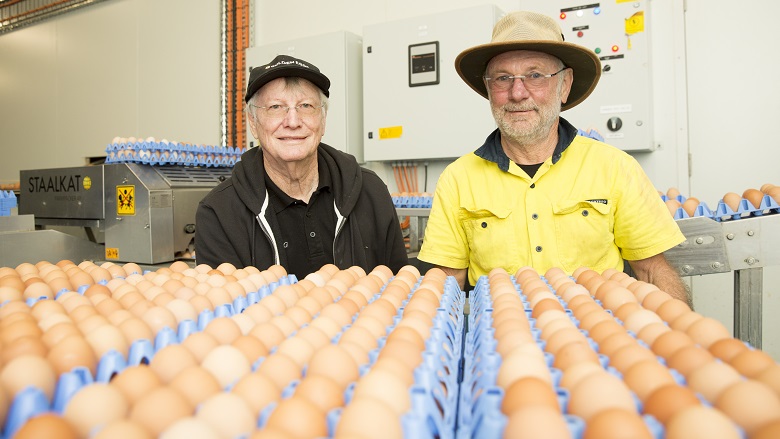 Almost half of Western Australian farmers are keen to invest in energy efficiency on farm - more than in any other state, according to research released today by Commonwealth Bank.

The Bank’s latest Agri Insights report looks at different facets of energy usage on farms across the country: what it costs, how reliable it is, and how producers might manage it in the future.

The research shows that 46 per cent of WA farmers are very or extremely interested in investing in energy efficiency on farm - five points above the national average of 41 per cent.

Commonwealth Bank General Manager Regional and Agribusiness Banking for Western Australia Natasha Greenwood says farmers in the state are keen to take control of their future in whatever ways they can.

“Our farmers know that investing in things like solar and battery back up will put them in a position of greater control and choice and give them greater operational flexibility,” Ms Greenwood says.

Ms Greenwood says this reflects the nature of the market in the state.

“Western Australian producers are in a different boat to the rest of the nation because there are fewer energy suppliers, so there is not that same level of market competition. It makes sense that both cost and reliability become areas of concern under these circumstances,” Ms Greenwood says.

The report also showed that half (52 per cent) of the surveyed farmers say rising energy costs have a moderate or significant impact on their operation. While this is lower than the national average of 61 per cent, Ms Greenwood says it still points to significant concern about the impact of energy costs.

“More than half the farmers in the state are really feeling the impact of energy costs in their businesses. The good news, though, is that they’re seeing this not as something to just accept but as something to address by looking at alternatives,” Ms Greenwood says.

Western Australia’s largest egg producer needs a lot of energy, so the company is focused on creating a new era of energy efficiency for the business.

Golden Eggs has been operating since 1946 and today the business has six egg production farms, a warehouse, a factory with high-tech egg grading equipment and a head office under the name of parent company AAA Egg Company Pty Ltd.

It’s a big operation and with strong demand for energy, Peter Bell, Managing Director of AAA Egg Company Pty Ltd, has made it his mission to ensure Golden Eggs is as energy efficient as it can be.

“Ever since solar energy became an option we wanted to do it. We waited until it became more efficient and, as time goes on, the manufacturers are making them more efficient and reliable. Plus, as we all know, electricity costs keep going up. Solar is something that we will move more and more into,” Peter says.

Golden Eggs has installed solar panels at its new free-range farm at Hill River, but ultimately Peter would like to see them on all the farms.

About 25% of the Hill River farm’s power needs are met by solar energy. This includes the chicken feeders, lights, refrigeration and fans. “All the things you typically use on a farm,” he says.

“It's definitely lowered the cost of energy, we can get a fairly quick payback on it, and it’s free apart from a little bit of maintenance work. It's cost-effective,” Peter says.

“At this stage we haven't gone for the batteries. Batteries are still going through a little bit of development. They're getting better and better and in due course we will, but in business it's about getting a return on what you do as well,” he says.

“We use evaporative cooling which is very efficient in Western Australia because of the dry heat. We look for more efficient fans. Once again, they keep developing new ones that are better. We shifted over to all LEDs which are much more energy efficient. We do have automatic feeders that are driven by electricity and are very efficient at distributing the feed to the hens,” he says.

While the switch to solar will be a gradual one, Peter sees a strong case for it.

“We've got plans to do it, we are committed to doing it and will progress this over the coming year. We have another large farm we'd like to use solar on, so it'll be big savings to do that one,” he says.