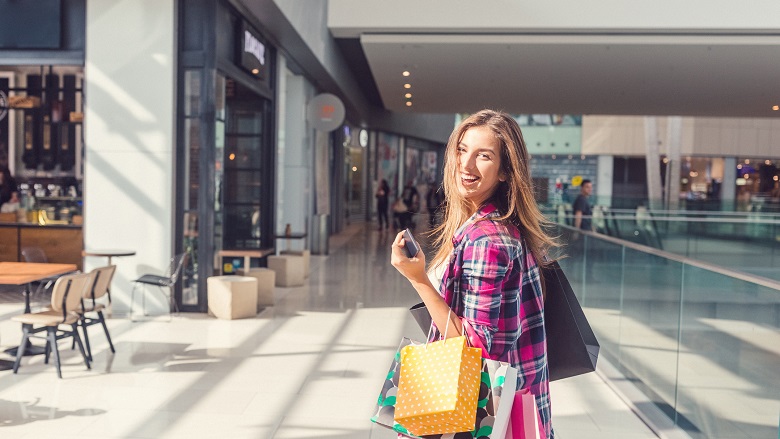 Economy-wide spending accelerated in January, with the Commonwealth Bank Business Sales Indicator up 1.1 per cent in trend terms.

The Commonwealth Bank Business Sales Indicator (BSI) for January posted the fastest monthly growth in spending across all states and territories since January 2014.

Growth was driven by a lift in retail store spending, up 1.7 per cent – its biggest jump since July 2009 – as well as increased spending on government services, up 1.6 per cent, and transportation, up 1.5 per cent.

“We are currently experiencing a strong economic environment that is being influenced by greater job growth and positive consumer confidence,” said CommSec Chief Economist Craig James. 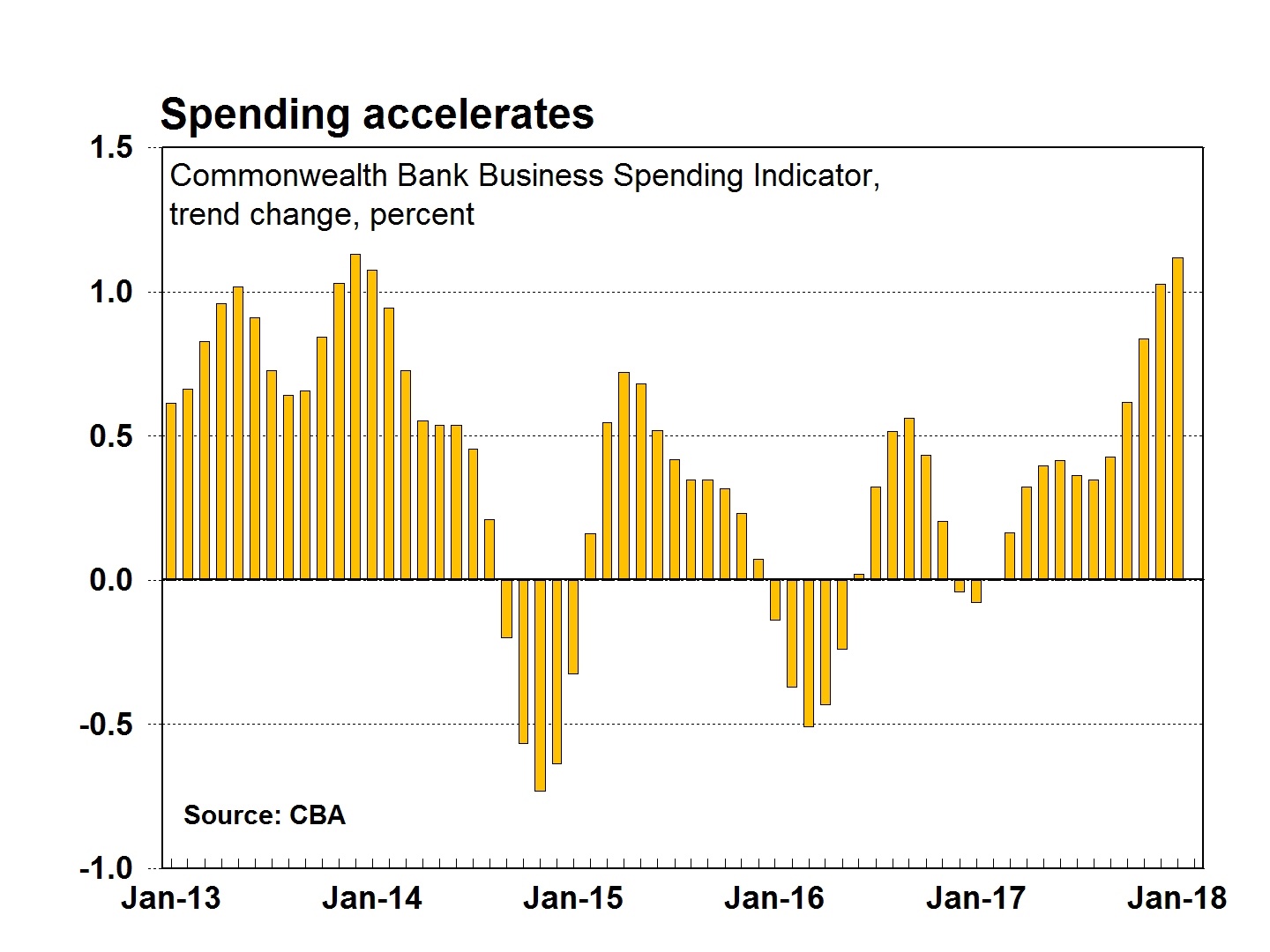 The BSI, which reflects the condition of national and state economies, has now risen for 12 consecutive months.

In January, spending rose across all states and territories and in all but one of the 19 industry sectors. Mail and telephone order-related sales were down for a fifth consecutive month, falling by 1.8 per cent in January.

“The big lift in retail stores has been influenced by a strong job market and heightened competition, driving lower selling prices,” James said. 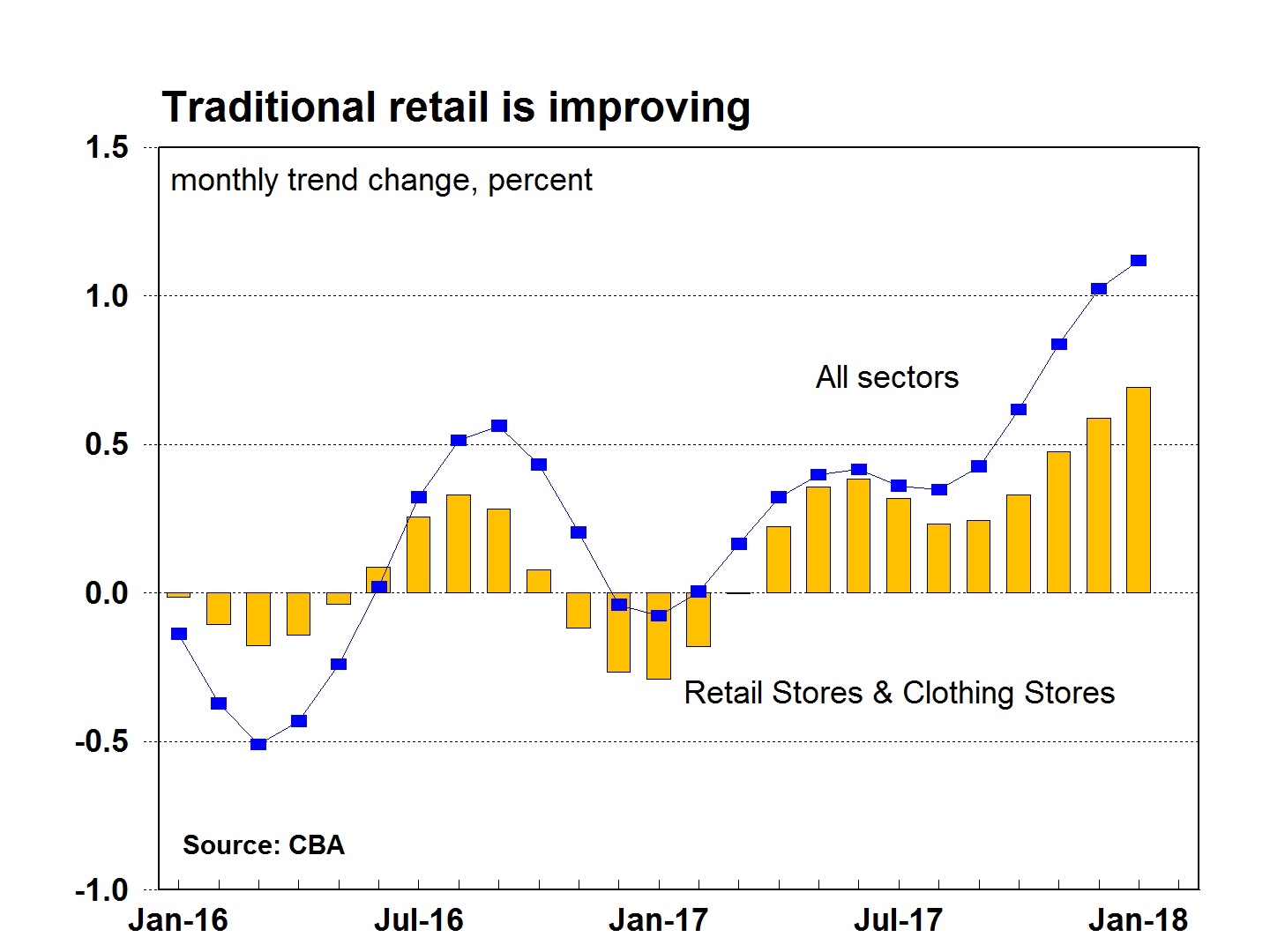 “The consistency of sales gains in recent months is clearly encouraging,” James noted.

Eighteen of the 19 industry sectors rose in trend terms in January. The biggest lift in sales occurred at retail stores (up 1.7 per cent), government services (up 1.6 per cent), transportation (up 1.5 per cent), and amusement and entertainment (up 1.3 per cent). On the other side of the equation, sales only fell for mail/telephone order providers (down 1.8 per cent).

Sectors with strongest annual growth in January included transportation (up 15.9 per cent), amusement and entertainment (up 15.8 per cent), airlines (up 14.0 per cent), and utilities (up 13.5 per cent).

Sales were stronger across all states and territories in January. Victoria experienced the biggest jump (up 1.4 per cent) followed by NSW (up 1.1 per cent); Western Australia, Tasmania and Queensland (all up by 1.0 per cent); South Australia (up 0.8 per cent); and the ACT and Northern Territory (both up 0.2 per cent).