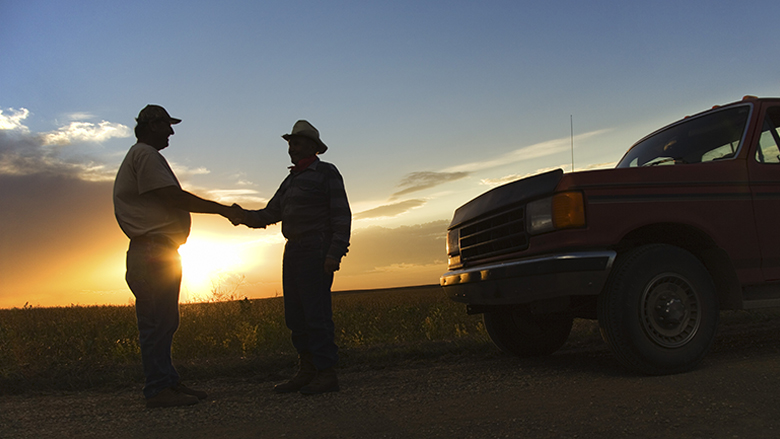 The findings show that the Federal Government’s small business package, which is in place until 30 June 2017 and provides tax cuts for purchases of up to $20,000, was directly responsible for the investment intentions of many farmers.

Of the farmers who were seeking to increase their investment in assets such as plant and equipment, fixed infrastructure and farm technology and innovation, around 40 per cent said the allowance had a positive influence on their purchasing intentions.

“Farmers said they were looking to take full advantage of the nationwide tax concession which is in place until the end of June 2017. The concession assists farmers to invest in assets that will enable support and development of better farming practices. This has the potential to lead to a more profitable and successful industry as a whole.

“Coupled with historical low interest rates and the flow-on benefits of rising Asian demand for Australian agricultural products, this is an incentive for farmers to grow their businesses and increase their productivity and profits levels,” he said.

The research showed 44 per cent of farmers said the incentive had an influence on their investment intentions specifically for farm technology. Among beef producers this rose to 61 per cent.

At a state level, South Australia (53 per cent), New South Wales (51 per cent) and Tasmania (44 per cent), were the most positive in their investment outlook in the context of the tax incentive.

For investment in plant and equipment assets such as tractors, 39 per cent of farmers said the incentive had a positive influence. Almost one in five (19 per cent) grain and livestock growers said it had a major influence. In South Australia, this rose to 53 per cent, Tasmania 49 per cent and 41 per cent for both New South Wales and Victoria.

For fixed infrastructure assets such as sheds and fencing, 41 per cent of farmers said the tax concession had a positive impact. Of these, New South Wales (48 per cent), Victoria (41 per cent) and South Australia (40 per cent); are leading the way in investment intentions for these assets.

"We have seen an increase in enquiries from our regional and agribusiness clients as they are evaluating how to make the most of the concessions as we move into the second half of the current financial year.

“These tax provisions allow farmers to reinvest in their operations — and that has a ripple effect across the entire agriculture industry and rural communities,” Geoff said.

Commonwealth Bank supports the agribusiness sector with products and services matched to industry needs, as well as access to specialists in areas ranging from trade finance to global markets and asset finance. For more information visit www.commbank.com.au/agribusiness