For every dollar invested in innovation, Australian businesses receive two in return 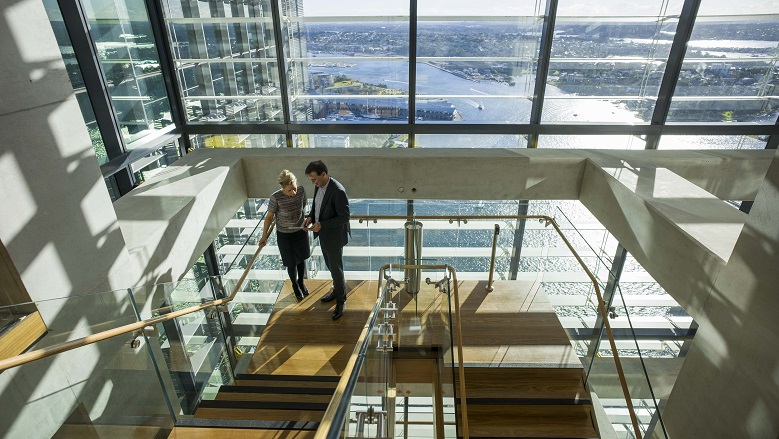 National economy gains $110 billion from business innovation in past 12 months.

Businesses have responded to calls to drive greater productivity and national economic growth by implementing innovations that have contributed $110 billion to the Australian economy in the past year.

According to the second annual CommBank Business Insights Report, a major research study of innovation practices and performance of Australian companies with two more or more employees and an annual turnover of greater than $500,000, businesses are realising a return of approximately two dollars for every dollar invested in innovation.

On average, businesses that have invested in innovation spent $300,000 in the past 12 months on these activities. And the revenue gains and costs saving derived from investment in innovation has jumped 46 per cent from the previous year, to an average of $592,000 per business. This equates to a Return on Investment (ROI) multiple of 1.97.

“Businesses appear to be investing considerably in driving innovation to lift productivity and proactively respond to challenges and opportunities in their markets,” Adam Bennett, Group Executive Business and Private Banking, Commonwealth Bank, said.

“The research shows this investment in innovation is paying off, not just for individual businesses that are embracing innovation, but for the broader economy. Australia stands to benefit greatly from a boost of billions of dollars provided by business innovation, as the nation looks to maintain global competitiveness.”

When the aggregated estimated earnings and savings from innovation are extrapolated nation-wide, it amounts to a total output of $110 billion, or approximately six per cent of Australia’s Gross Domestic Product (GDP) – a sharp increase from a total value of $69 billion recorded 12 months ago.

Gareth Aird, Director Economics, Commonwealth Bank, said: “Productivity growth is essential for the continued improvement in the living standards of Australian residents, and at the heart of productivity lies innovation. In the past, Australia has done this quite well due to our constructive attitudes to risk-taking and entrepreneurship, and the most recent trends in innovation across Australian businesses look encouraging. To ensure our future remains prosperous, an ongoing focus from businesses and government on innovation is crucial.”

In breaking down the way in which businesses received the commercial return from innovation, the majority of businesses (60 per cent) had accrued value through revenue gains while the remainder mostly cited cost savings and efficiencies.

Many Australian businesses are also experiencing short term benefits, with the vast majority (73 per cent) expecting a return on their investment in innovation within 12 months. One in two businesses anticipate a payback period of six months or less, and almost one in 10 expect immediate returns.

CommSec Chief Economist Craig James said: “The successful innovators have identified something that they do better, or more efficiently, than their competitors and thus gain an advantage. In this globalised world, every business needs to identify something that sets them apart.

“The innovation may or may not be significant in a monetary sense but must make a difference in meeting customer needs in some way. At a macro level, the more successful innovators an economy possesses, the greater the likelihood that productivity and efficiency can be enhanced with benefits to national markets,” Mr. James said.

The research also suggests that the more innovative a business is, the more effective it becomes at managing the investment and implementation of the innovation.

Across the four levels of innovation performance outlined in the report – starting with the least innovative, the Resistors, followed by the Adopters, then Harnessers and the top innovators, Disruptors – the Harnessers are investing the most in innovation, spending $427,000 on average.

However, the ROI for Harnessers is 1.8 times their investment, compared to 2.3 times for the more efficient Disruptors that are spending only $257,000 on average but for a greater return.

Mr Bennett concluded: “At the organisational level, businesses are generating a considerable return on investment from innovation, and in many cases they are starting to realise returns in a matter of months not years.”

Commonwealth Bank can arrange an interview with one of a number of businesses implementing innovations in their sectors, disrupting their markets and deriving a significant return from their investments in innovation.

The annual Commonwealth Bank Business Insights Report (BIR) is the pre-eminent study of innovation within Australian business. Now in its second year, the report focuses on the innovation performance, management capabilities and entrepreneurial behaviours that drive innovation, and the return on investment amongst Australian businesses.

The survey is based on responses from 2,473 business decision makers within organisations with an annual turnover of more than $500,000 and more than two employees. The survey was conducted by DBM consultants between August and September 2017, with data analysis undertaken by ACA Research and CBA.

The full report can be found here.