Four ways to change your workplace

Four ways to change your workplace 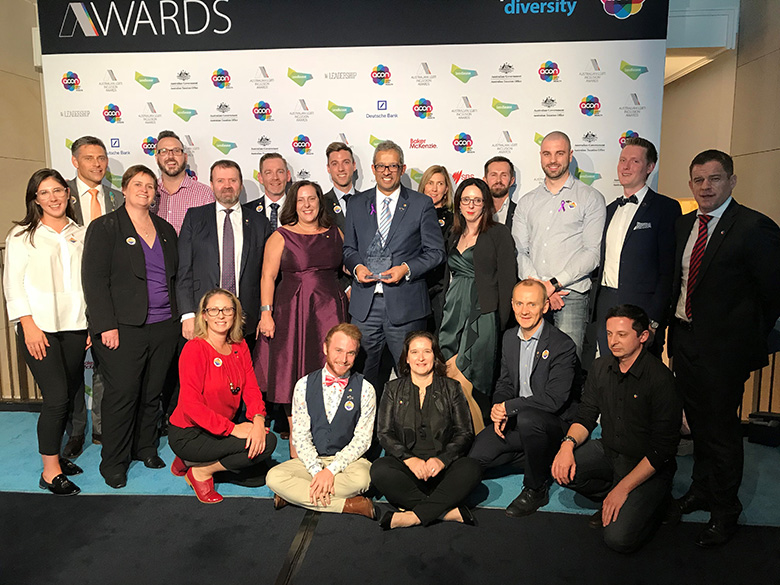 Anyone that wants to bring about change in their business or workplace needs to keep four key things in mind.

When it comes to driving workplace inclusion, Commonwealth Bank’s award-winning LBGTIQ employee network Unity has a blueprint for success.

In just five years, Unity has emerged as a significant voice for the LGBTIQ community within the bank. As part of the 2018 Australian Workplace Equality Index (AWEI) survey, CBA was awarded the top "platinum" citation for its best-practice LGBTIQ inclusion policies - one of only five organisations to achieve it since the launch of AWEI in 2010.

But Unity co-chair, Warren Perumal says the group has worked hard for its success and recognition over the course of the past year, explaining that it was planned like any other project.

Warren says Unity's early days were spent building a business case, setting out what it wanted to achieve and showing how it would benefit the bank and customers. Focus then switched to telling the stories of CBA's LGBTIQ community, putting Unity's story in human terms, growing its network of members and supporting the community better.

Warren says anyone that wants to bring about change in their business or workplace needs to keep four key things in mind:

Unity's results speak for themselves. Group-wide engagement rates in 2017 for the LBGTI employee population are 80 per cent – higher than the Group’s general population (78 per cent) and its membership base grown to eight times its original size over the past four years.

Last year, LBGTI rights were improved in Australia – the same-sex marriage ‘yes’ vote, but the debate surrounding the vote was challenging for the community. “Thirty-eight per cent of the Australian community still voted ‘no’ for equal rights for LGBTI people, so there’s a lot to do to ensure we all have the same options,” Warren says.

"The platinum status AWEI recognition is a great acknowledgement of the many hours Unity members have volunteered to help fellow employees and the wider community.

"We’re making a material difference within the organisation and the community we serve."