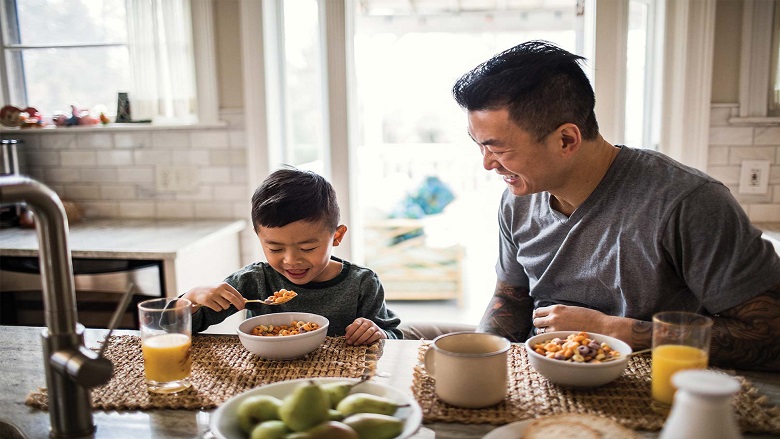 Almost two-thirds of Aussies are planning to set 2019 financial resolutions.

Despite our best intentions, nearly half of Australians fail to stick to their New Year financial resolutions whether it is reducing household debt or setting up a regular savings plan.

According to new Commonwealth Bank research1, 44 per cent of Aussies gave up on at least one of their financial goals in 2018 with a third of those surveyed (35 per cent) admitting they didn’t cut their debts and an almost similar number (32 per cent) accepting their well-intentioned plans to put more money aside for a rainy day fell prey to their day-to-day spending habits.

The research showed the biggest challenges for sticking to financial resolutions are unexpected costs (54 per cent), lack of self-control (31 per cent), and setting unrealistic goals in the first place (17 per cent).

However, that hasn’t deterred us from starting the new year afresh with nearly two-thirds of respondents (59 per cent) declaring bold hopes of doing better on the financial front in 2019.

Pete Steel, Commonwealth Bank Executive General Manager Digital, said: “Every year we know many Australians look to improve their financial situation, and the start of a new year is the perfect time to sit down, reflect and set a plan for change.

“However, turning these resolutions into lasting habits can be challenging. While it may seem like a daunting task, we recently partnered with Melbourne Institute (MI): Applied Economic & Social Research at the University of Melbourne to see how we can all achieve good financial wellbeing. The good news is setting realistic financial goals is achievable.”

FWB tips from the CBA-MI report*:

2. Budgeting, mind over matter: having a budget can help people better manage their finances. Does that mean hauling out the spreadsheets? Not necessarily. Mr Steel said: “Our findings show that it doesn’t matter if the budget is a ‘mental’ one or a ‘formal’ one. Either type is equally associated with higher financial wellbeing.”

3. A good understanding is enough: there is a strong association between higher financial wellbeing and an understanding of finances. However, once people reach a ‘good’ rather than ‘very good’ level of understanding, wellbeing levels out. Mr Steel said: “Encouragingly, this suggests that a firm grasp of the basics rather than highly specialised knowledge is enough to make a significant positive difference to your finances.”

Do you know your financial wellbeing score?**

The CBA Financial Wellbeing (FWB) Score is an online self-service tool which allows anyone to ‘take the test’ and assess their own financial wellbeing. Based on the Scales research, it makes it relatable for the individual by providing tips tailored for their result.

Mr Steel said: “Knowing your Financial Wellbeing Score can help you set realistic financial resolutions at the start of the year. You could then re-take it during or at the end of the year to see how you’re tracking and reset your goals accordingly. It’s about helping Australians take control of their finances so they can deal with the everyday expenses and the unexpected costs, as well as saving for long term financial goals.”

*About the research by CBA and Melbourne Institute: Applied Economic and Social Research at the University of Melbourne

The world-first research, CBA-MI Financial Wellbeing Scales (Scales), sought to provide a new measure of financial wellbeing to better understand the financial health of Australians. Uniquely, it combines people’s own perceptions about financial outcomes alongside banking data to show the drivers, barriers and behaviours linked to positive financial wellbeing across both "self-reported" and "observed" scales.

The research underpinning the Scales is based on findings drawn from an online survey of 5,682 CBA customers in August 2017, and analysis of financial record data that were linked to the customers’ responses. For further information on the methodology, you can read the report: Improving the Financial Wellbeing of Australians.

**The CBA Financial Wellbeing (FWB) Score is an online self-service tool which allows anyone to ‘take the test’ and assess their own financial wellbeing. Based on the Scales research, it makes it relatable for the individual by providing tips tailored for their result.

A definition of financial wellbeing

The research defines financial wellbeing as the extent to which people both perceive, and have, financial outcomes in which they:

References: 1. Research was undertaken by ACA Research in November 2018. Results are compiled from an online survey of 1,044 Australians 18+, with quotas set based on the latest population estimates sourced from the Australian Bureau of Statistics.

The Financial Wellbeing survey was developed in partnership with the Melbourne Institute: Applied Economic & Social Research.