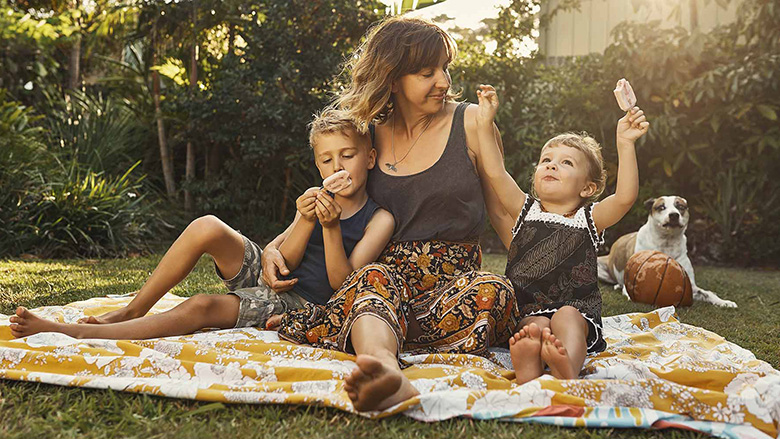 Commonwealth Bank has today launched Home Loan Compassionate Care, a first for Australians, providing complimentary protection to Owner-Occupied homeowners to support them by paying their repayments for around 12 months if they, their spouse or dependant passes away or is diagnosed with a terminal illness.

Commonwealth Bank has today launched Home Loan Compassionate Care, a first for Australians, providing complimentary protection to Owner-Occupied homeowners to support them by paying their repayments for around 12 months if they, their spouse or dependant passes away or is diagnosed with a terminal illness.

This comes as new research from CBA reveals a third of Australians would only be able to cover their home loan repayments for up to six months if they, their spouse or dependant passed away or was diagnosed with a terminal illness. Worryingly, one in 10 homeowners would only be able to cover mortgage repayments for one month or less based on current income and savings.

Angus Sullivan, Group Executive Retail Banking Services said: “We know that mortgage repayments are the single biggest financial commitment for Australian homeowners, so when the unthinkable happens we’ll support our customers by making their home loan repayments for around 12 months at no cost. We’re proud that together with AIA we have been able to deliver this Australian-first for new home loan customers and will be making it available to our existing customers at no cost to thank them for their loyalty.”

The research also revealed that over half of Australian homeowners have not had a conversation with their spouse or dependant(s) about how they would meet ongoing home loan repayments if they passed away or were diagnosed with a terminal illness. Furthermore, while nearly half of all respondents said they manage the monthly home loan repayments, a third are not fully across the details of their home loan, with women (40 per cent) more in the dark than men (29 per cent).

“If something were to happen, the last thing you should have to worry about is your home loan. In designing this protection, we’ve made sure there’s no need to sign up or to activate it. We’ve also consulted with our own employees who have gone through similar, difficult experiences to ensure the end-to-end claims process is as easy and stress-free as possible, and a dedicated team has undergone specialised training to handle these sensitive matters,” said Angus Sullivan.

The research also uncovered that nearly half (45 per cent) of respondents would need financial assistance to cover mortgage repayments, with that number increasing to 55 per cent if homeowners have children under the age of 18, and was highest among those aged under 30 (67 per cent).

Of those who said they would need financial assistance, two fifths said they would look to family or friends when asked where they would turn for support to cover their ongoing mortgage repayments. The research also showed that while women were more likely to turn to their bank to discuss what options are available to them, men tend to rely on insurance or other banks or financiers for assistance.

Home Loan Compassionate Care is available for eligible Owner-Occupied home loan customers aged between 18 and 59 years. For details including how it works, limitations and exclusions visit commbank.com.au/compassionatecare