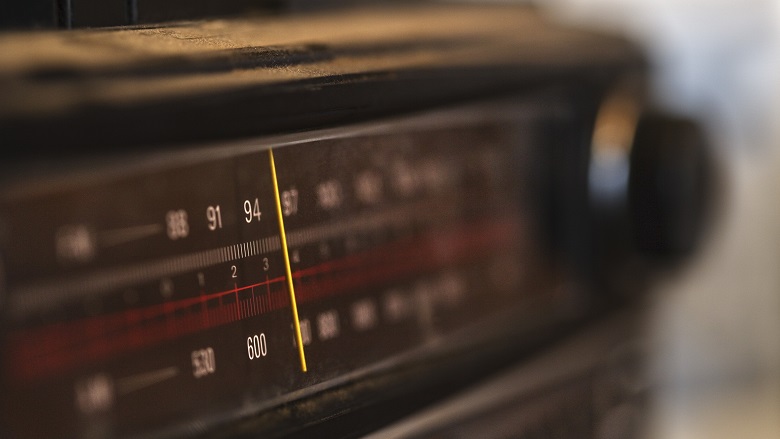 ROSS GREENWOOD: Ian Narev, thanks for your time on what clearly has been a shock for the banks, would you describe it as that?

IAN NAREV: Well, Ross, thanks for having me. And yes, it was a shock in the sense that we weren't consulted, we had no forewarning. So even though there had been thoughts over time that there may be a tax on banks, our expectation was, if that was going to come, somebody would give us a call and consult us about how to nail down the details, and that didn't happen.

ROSS GREENWOOD: Who ultimately pays for an increase in bank taxes?

IAN NAREV: Well, ultimately this is a tax on all Australians. There's a lot of conversation about, it gets absorbed. But you know business well, and there are only two places costs go: either to the customers or to the shareholders. There's no way of absorbing them other than customers and shareholders. So, basically in the banking system, just about all of the Australians that are customers of a major bank, just about all the Australians are shareholders, directly or indirectly, of a major bank, so this is a tax on Australians. For us, 800,000 Australian families own the Commonwealth Bank directly and millions more through their pension funds, the industry super funds, the Future Fund. Probably you and your next door neighbours, Ross. And it's not the elite, it's ordinary Australians own the banks. And ultimately, if it doesn't fall on customers, it'll fall on shareholders and either way this is a tax on all Australians.

ROSS GREENWOOD: In regards to the return on the shareholders' equity. Australian banks are some of the most profitable in the world right now. Surely, given the fact they are among the most profitable, more significantly profitable than US banks or British banks, why can't they afford to pay more tax?

IAN NAREV: Well, the whole economy should want profitable banks, and we've seen around the world what happens when you don't have profitable banks. So yes, we are profitable and the country should be happy that we're profitable. But number one, despite what's being said about us being in the most profitable banks in the world, you only need to look at some of the business savvy media today who have looked into that claim and said, well, that's just not right.

But yes, we are profitable and that means we're stable, that means we can invest in innovation, that means we're positioned to weather a crisis, and, ultimately, for the Commonwealth Bank, that means the 800,000 families who own us, rely on us for their dividends, the millions more who own us through their super funds, benefit when we're doing well. That's a good thing for the economy and we've seen around the world what happens when banks aren't profitable and we don't want to be going down that path in Australia.

IAN NAREV: Ross, the Commonwealth Bank paid $3.6 billion in tax last year. We're the number one tax payer in the country. What we've seen here is the Government say, we've got a gap in the Budget, where can we go to find it? And they've gone to the companies that pay the most tax. They haven't looked for others who pay less tax, they haven't looked for others who pay no tax, they haven't cut the spending, they've gone to their biggest tax payers.

And now, the reasons they've done it- we've heard three or four different reasons; it depends on who you're listening to as to which reason we're getting. The bottom line here is that they saw successful companies, who are already the largest tax payers, they said, we can go there to get more because the opinion polls the next day will be positive. We're focused not on, what are the opinion polls going to say tomorrow as an indicator of whether it's a good Budget, but what's the economy going to look like in two years, three years, and four years. And ultimately, the success of this Budget shouldn't be judged on opinion polls and back slapping if people saying are saying, good, on the next day, they must be judged on whether this is a stronger economy in two, three, four years' time. That requires a strong banking system.

ROSS GREENWOOD: You and I have talked many times about the reputation of banks and about the mistakes that banks have made. Now, from that point of view, quite clearly, is this a reason why you believe that the Government has sought to come after banks with this tax?

IAN NAREV: Ross, you and I have spoken for quite some time about the fact that banks have needed to do better, have made mistakes, and we've talked particularly in the last couple of years and through the Australian Bankers' Association initiatives about the fact that we've faced up to that and we're making our banks better. Now, the reality is, that in the political climate that we've had, that has made us unpopular and this is simply an opportunistic grab by the Government to say, while the banks are not popular, if we go there to fill a Budget gap, no one'll mind; the opinion polls the next day'll say, good on you. The question is: is it good for the economy. We don't think so, and let's see how this plays out over the next few years.

ROSS GREENWOOD: Would you more readily cop this if it was for a finite period of time; if it was a Budget repair levy that went for, let's say, three years.

IAN NAREV: Well, the first thing we would ask is, consult us. If you're going to ask us to pay more tax, and this is quite a detailed structure, basis points of liability, sum in, sum out, so far, as we've asked questions on the detail of a big number, we've been left with more questions than answers and that suggests to us it was rushed and something that goes to the profitability of the banking system, the stability of the banking system was rushed, because if it hadn't been, we'd have all the details now, we'd have the answers. I can't yet tell you what the impact this- of this is on the Commonwealth Bank, because I don't have all the answers.

So before we get to how long it should go, and obviously we don't believe it should have happened at all, the first thing we want to know is, show us all the details that enable us, as the people who run an important business, to actually understand the impact. We've still got all sorts of questions we haven't had the answers to.

ROSS GREENWOOD: But would you say that there is the potential for mortgage interest rates, for example, to rise as a result of this measure by the Federal Government?

ROSS GREENWOOD: So the answer is yes, there is a prospect that mortgage interest rates will rise as a result of this initiative from the Government.

IAN NAREV: Well, we've said this is a big new cost, and what we've said yesterday is we will do all our stakeholders the courtesy of, first, getting all the details, which we don't have, then thinking about them, and then making a series of responsible decisions over what might be months. And we will do that, and we will do that as we always do: weighing the different factors, weighing the balance between the different stakeholders, but people need to understand, this can't be absorbed and go into the ether. Ultimately, this falls on every Australian who is a customer or a shareholder of the Commonwealth Bank or the other four banks involved, and that is just about every Australian

ROSS GREENWOOD: Okay. Another aspect of this is in regards to the mining tax, which the miners raised a very vocal and certainly a very popular campaign to defeat the mining tax. Do you believe that Australia's banks can raise a similar campaign against this potential bank tax?

IAN NAREV: Ross, the first thing we need to do is understand what this tax is. Now, there's been a lot of questions about, how are you going to react, what are you going to do. And we're saying, before we even think about reacting, could we please know the details of this amount and, as I say, so far as we're asking questions, we're still having a lot of gaps. We'll understand it. We don't think in knee jerk terms about what opinion polls might say tomorrow, we think in the long term. We'll understand all the details, we'll be very thoughtful about our response. And we understand that, in the long term, the country can only prosper if there is a constructive relationship between the banking system, its customers, and the politicians.

ROSS GREENWOOD: But you can certainly rally forces, I mean, the employees, you've got shareholders, and you've got customers, you can argue, all of whom are in the many hundreds of thousands, even millions of people that could potentially be rallied against this tax. Do you believe that's something the banking industry will consider, trying to rally those forces?

IAN NAREV: Well, Ross, as you can imagine, already yesterday morning after the Budget, my people were sending me emails and calling me, and as a result I sent an email to 50,000 staff, and I know the CEOs of the other banks did the same. So that was about 150,000 Australians employed who heard yesterday that they think this is bad policy, because they're asking us questions and we've given them answers. In my five and a half years as CEO of the Commonwealth Bank, I have never had faster, more positive reaction to a communication to staff than I had yesterday.

We're also getting a lot of questions from the investors, and I said it's hundreds of thousands, it's actually millions of Australians, and we'll respond to them once we've had the opportunity to understand exactly what this is. What we can't do is go out and write to our investors or communicate with them before we've got the details, but absolutely- they are the owners of the banks. When people talk about those banks, they're talking about all the Australians who own the banks. They have questions about the impact on their dividends, on the share price; they're legitimate questions. Of course, it's hundreds of thousands or millions of Australians, and of course, we need to be prepared to give them answers to those questions when we're ready to do so.

ROSS GREENWOOD: In other words, you're up for the fight.

ROSS GREENWOOD: Ian Narev, as always, we appreciate your time.