From the archives: Our first Sydney branch 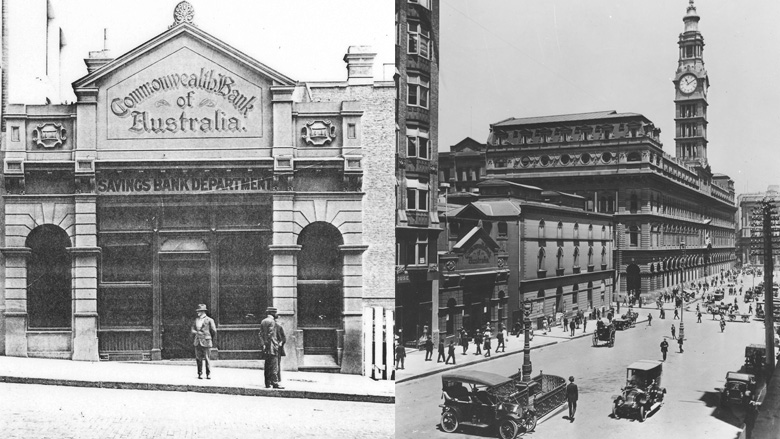 Commonwealth Bank's history spans more than a century, and the Documentation and Archives Centre has delved into some of the earliest records to take us back to the first Sydney branch opening.

“Precisely at 10 o’clock yesterday morning, the doors of the Commonwealth Savings Bank in Moore Street were thrown open for business in the presence of a large number of spectators, including the Prime Minister Andrew Fisher.”
- The Sydney Morning Herald, Monday 13 January 1913.

The branch opened on Moore Street, which ran between Pitt Street and Castlereagh Street. While that street name may sound unfamiliar to Sydneysiders now, in 1921, it was widened and given the name we know it by today: Martin Place.

Here are five staff members from the branch in its early days. 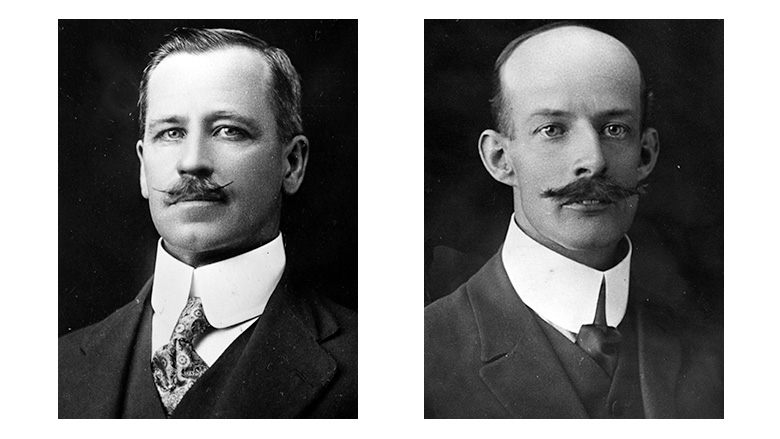 The Manager of the branch was Edward William Hulle (1863-1940). He began his banking career in 1880 and was the Manager of the Sydney branch of the Colonial Bank of Australasia when he joined the new Commonwealth Bank. “Mr Hulle took a keen interest in such sports as cricket, football and tennis, and was also an enthusiastic rifle shot,” The Herald reported. When Edward retired in 1936, the bank’s staff magazine noted that “During his service as Chief Inspector, Mr Hulle visited practically every branch in Australia.”

The Branch Accountant was Hugh Traill Armitage (1881-1963). He came to the job following 14 years of service with the Bank of New South Wales. His staff card recorded that he was “exceptionally smart and intelligent” and an “officer of best stamp with ability and qualifications for high position”. He lived up to his reputation and when he retired in 1948 he had been Governor of the bank for six years. Florence Adele Manton (born 1884) was the first woman appointed to the bank’s staff in Sydney. Between 1912 and 1922, when she resigned to be married, she was Head Typiste and Secretary to the Governor, Denison Miller. She was a founding member of the Head Office Patriotic Club that sent parcels of clothing and other articles to staff who had enlisted, and ran ‘The Gunyah’, a booth in Moore Street (Martin Place), where articles were sold and monies collected for the war effort.

Myall Reid McCourt (1895-1985) had a long career with Commonwealth Bank from 1912 until 1955 when she retired as Head Typiste, Secretary’s Department, and supervisor of the female clerical staff. During World War I, she was with the women of the Patriotic Club when they formed Sydney’s first strong post. When the troops marched to and from the docks, the women of the Patriotic Club cheered the soldiers on and handed out cigarettes and sweets, sprigs of wattle and cardboard boomerangs with greetings written on them. In 1919, she was the main founding member of the Hospital Cot Committee, which raised funds from staff for the upkeep of beds at a children’s hospital and a welfare home.

Gwendya Annie Booth (1889-1977) joined the Head Office staff as a Typiste in 1912. When she retired in 1945, she was OIC Correspondence responsible for the supervision of typistes and machinists. In the war period, she was a stalwart of the Patriotic Club with special responsibilities for the Strong Posts. After the war she was a founding member of a Swimming Club for the female staff at Head Office. When Gwendya died in 1977, Myall McCourt paid tribute: “My first glimpse of Gwendya Booth was impressive - it showed a woman of imposing stature, seemly dress and a personality that could never be overlooked… Her life set a standard. Hers was a cheerful, rather brisk personality, always ready to lend a helping hand... She did man-sized work gathering comforts for soldiers on the staff in World War I, (and) helped to stock and served many hours on our old stall, The Gunyah.” Inside the Moore Street Sydney branch on opening day, 1913