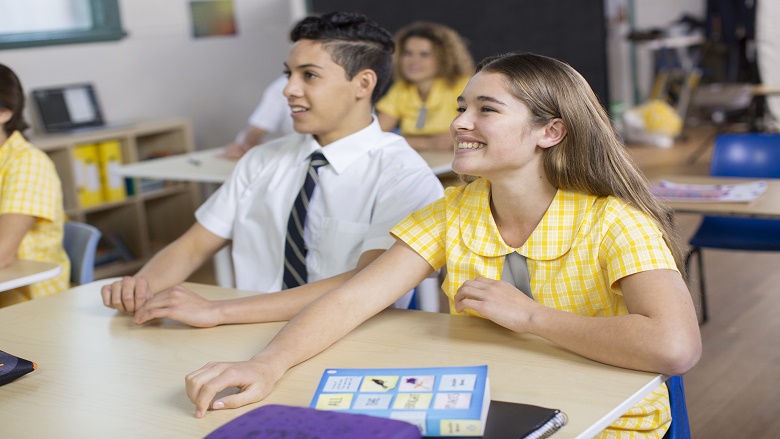 Our Watch, the national foundation to prevent violence against women and their children, has reviewed Commonwealth Bank's Start Smart program.

The Commonwealth Bank today announced its enhanced commitment to the financial empowerment of women and girls through a review of Start Smart, the world’s largest in-school financial literacy program.

Commonwealth Bank engaged Our Watch to conduct a review of its award winning Start Smart program to ensure it was promoting gender equality to young Australians to support financial independence and security for young women.

The Bank is the first financial institution to apply Our Watch’s Change the story framework to prevent violence against women to its financial education program.

Catherine Fitzpatrick, General Manager, Government, Industry and International Affairs, Commonwealth Bank, said: “We engaged Our Watch to ensure the Start Smart program was promoting the importance of financial literacy, which is often the foundation of a lifetime of economic opportunity and security, equally for boys and girls.

“We have a strong and respected track record of providing quality financial education programs and teaching young people basic money skills, as well as a long term commitment to gender equity as an organisation. This focus on gender equity laid the foundation to have an important conversation about domestic and family violence in our community and, in 2015, we developed a strategy to be part of a whole of community movement to end domestic violence in a generation.

“We knew that harnessing the power and reach of the Start Smart program to promote gender equality would provide a significant opportunity to teach better savings and spending habits to young people.  We also know that promoting women’s financial independence and improving women’s financial security are often crucial steps when leaving a violent relationship.

“Implementing changes to our Start Smart program to make it a best practice example of promoting gender equality, which will reach over half a million children every year, is one of the powerful ways we can make a difference,” she said.

The Our Watch review found that the Primary and Secondary School Start Smart workshops had balanced representations of gender, but provided eight recommendations, all of which have been implemented, to ensure it is a best practice example. These recommendations include:

Ensure all Start Smart workshop facilitators participate in training and professional development of gender equality and violence against women and children.

Mary Barry, Our Watch Chief Executive Officer, said: “If you are a girl or a woman in Australia, it is likely you will experience financial inequality because of your gender.

“While young Australians are largely supportive of equality, they are still more likely to endorse men dominating decision-making in relationships, which could affect women’s financial security later on in life.

“By offering positive representations of women managing money and promoting gender equality, the Start Smart program provides a significant opportunity to support the financial independence of women and girls,” she said.

Start Smart is Commonwealth Bank’s educational program which provides interactive and engaging workshops designed to help young people understand the value of money. It was developed by educational and behavioural change experts to meet the needs of students at each stage of their development and is supported by a comprehensive suite of curriculum-mapped resources for teachers. It does not promote Commonwealth Bank products or services.

Since the program started in 2007, it has reached more than two million Australian children. In the last 12 months alone, classes reached more than half a million students nationwide, making it the largest program of its kind anywhere in the world.

The Start Smart program was a cornerstone of Commonwealth Bank’s announcement last year of a $50 million three year commitment to education and ensuring young Australians develop skills for a future workforce.

*If you cover this story, or any story regarding violence against women and children, please include the following tagline:

“If you or someone you know is impacted by sexual assault, domestic or family violence, call 1800RESPECT on 1800 737 732 or visit 1800RESPECT.org.au. In an emergency, call 000. For more information about a service in your state or local area download the DAISY App in the App Store or Google Play.”

The organisation works to increase gender equality and respect in all aspects of everyday life, such as through schools; workplaces; media; sporting organisations; social marketing, and developing and influencing public policy.

Our Watch is an independent organisation brought into existence by the Commonwealth and Victorian governments. Since then, Queensland, Tasmania, South Australia, the Northern Territory and the Australian Capital Territory governments have come on board as members to share in a consistent national approach to prevention based on evidence.