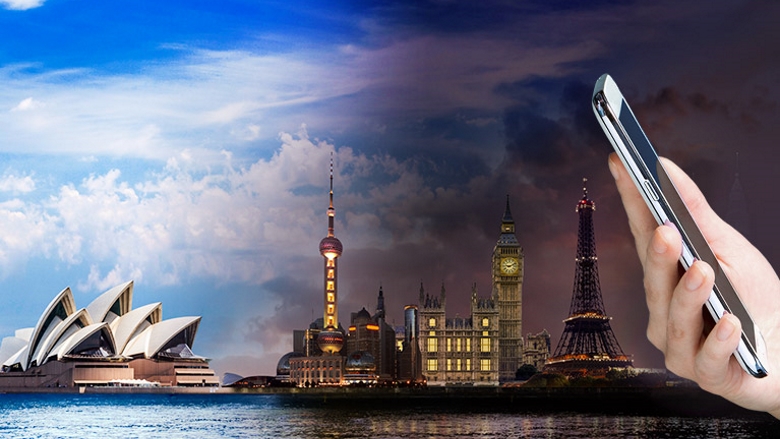 The survey also found that the number one destination for sending money around the world is the United Kingdom, followed by the United States, China and New Zealand, although almost two-times more money ($683 million) is delivered to the US than the UK ($358 million).

According to Pete Steel, Executive General Manager, Digital, Commonwealth Bank: “Most of these international money transfers are for personal purposes, with 10 times more people opting to process their transfer via NetBank and the CommBank app each month, rather than visit a branch.”

In a first among the major Australian banks, Commonwealth Bank is leveraging its successful pay-to-mobile technology, previously only used for domestic money transfers, to allow customers to send money overseas with just an international mobile number.

Currently, sending money overseas requires a suite of information, including the recipient’s name, home address, bank account number, and the SWIFT BIC code of their bank.

“Each month, we receive thousands of requests to ‘amend or cancel a payment’ from customers worried they’ve entered the wrong information, preventing money from reaching the intended family member or friend overseas.

Research also reveals that money is typically sent to a range of close family members, with parents the number one recipients, followed by siblings, then friends.

“With Christmas Day less than one week away, Australians will need to act now to ensure their gift of money arrives in time.

“In December alone, we are likely to process a higher volume of overseas transfers, which will become much easier for customers in the countdown to Christmas with the introduction of pay-to-mobile technology,” Mr Steel said.

Destinations for money transfers vary across the country

The research also shows that destinations for overseas transfers vary across the nation, with residents of Western Australia most likely to send money to family and friends in the UK, and those based in either Victoria or Tasmania to mates and relatives in China.

*Results are indicative only due to low base sizes. SA/NT not included.

“If you are planning on sending money to family and friends abroad this Christmas, use your mobile and the CommBank app to quickly and easily transfer funds overseas without the worry of having to remember account names and numbers, address details or SWIFT codes,” Mr Steel advised.

The Commonwealth Bank Overseas Transfers Study was undertaken by ACA Research in October 2016. Results are compiled from an online survey of 1,037 Australians 18+, with quotas set based on the latest population estimates sourced from the Australian Bureau of Statistics. Additional findings were compiled from a survey of 477 people, conducted in March 2011.