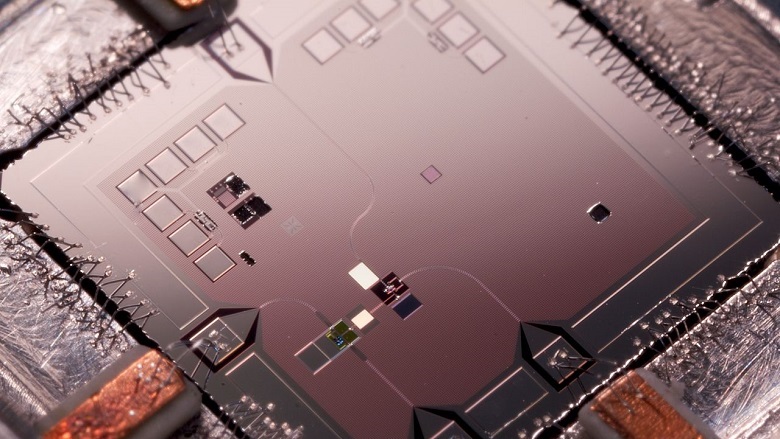 Advancing the development and commercialisation of world-leading quantum computing technology.

The company, Silicon Quantum Computing Pty Ltd (SQC), has been launched to advance the development and commercialisation of the UNSW’s world-leading quantum computing technology.

Working with the Australian Research Council (ARC) Centre of Excellence for Quantum Computation and Communication Technology (CQC2T), the company will operate from new laboratories within CQC2T’s UNSW headquarters.

Commonwealth Bank has invested over $14 million to support the development of the first silicon-based quantum computer.

Headed by UNSW Professor of Physics Michelle Simmons, CQC2T’s research is at the forefront of a global scientific race that’s been compared to the “space race” of the 1950s and 60s.

“Today’s announcement is an exciting next step in the long-standing relationship that Commonwealth Bank has had with Michelle Simmons and the UNSW Centre of Excellence for Quantum Computation and Communication Technology”, says Dilan Rajasingham, Head of Emerging Technology at Commonwealth Bank.

The SQC board will initially be chaired by corporate lawyer and company director Stephen Menzies.

The company will drive the development and commercialisation of a 10-qubit quantum integrated circuit prototype in silicon by 2022 as the forerunner to a silicon-based quantum computer.

“We have invested more than $14 million in quantum computing because we believe in its future promise, in its future capability, and its potential as a differentiator. Quantum computing will provide Commonwealth Bank with a means to evolve our understanding of our customers, through real-time analysis of their patterns and interactions, so we can provide more tailored products, insights and advice”, Mr Rajasingham says.

In April 2017 Commonwealth Bank developed a quantum computer simulator to give Australian developers a head start on the massive step change in computing power promised by quantum processing.

“It’s clear this revolutionary technology will transform the world as we know it. Even though the machine is still a few years away, we're making the required preparations for this major step change. We’re not waiting,” Mr Rajasingham says.