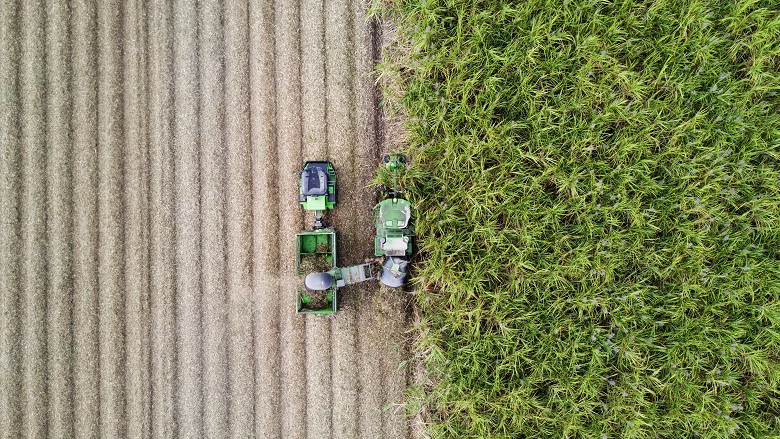 A new report from Commonwealth Bank shows that 71 per cent of Queensland farmers would like to invest in solar energy with batteries, as they seek ways to tackle rising energy costs.

The latest Agri Insights report looks into the different areas of energy usage on farms Australia-wide, including what it costs, how reliable it is and how producers can see themselves managing it in the future.

“Queensland producers understand that investing in energy efficient solutions is an investment for the future. We’re seeing farmers upgrade their tractors and machines to be more energy efficient. It’s a topic that is on the state’s mind,” he says.

“It’s interesting to see such a strong lean towards investment in solar with battery backup. In the field, we’ve seen much more of a focus on energy efficient equipment, so this new research offers some good insight into future directions and plans.”

In addition, 82 per cent of Queensland farmers say energy costs are a bigger concern than reliability while, 78 per cent of beef producers, 93 per cent of sugar cane growers and 72 per cent of cotton growers across all states say cost is the more significant concern of the two.

“Across the country we’re seeing rising energy prices putting pressure on our producers. In return, we’re seeing producers looking at more energy efficient alternatives. It’s a big topic and one that the industry is clearly looking to address, whether that’s now or in the near future” Mr McGowan says.

More than a third (37 per cent) of Queensland farmers are very or extremely interested in investing in energy efficient solutions on-farm, compared to 41 per cent nationally. Across Australia, cotton producers are showing the most interest in investing in energy efficiency (53 per cent) with the report also showing they have the highest energy expenditure (14.6 per cent) across the sectors.

“Our research found that farmers in Queensland are very interested in looking at new energy resources, but as yet the action on this interest has not been significant. While it’s troubling to see the impact energy costs are having on our producers, it’s encouraging that they are considering alternative measures,” Mr McGowan says.

Technology is often touted as the way forward for a more energy-efficient agribusiness sector, but contract sugar cane harvester Dale Bray from IB Logistics is finding that simple can be better than complex.

Tractors have traditionally been the machine of choice for the cane haul out process, but as tractors have become more sophisticated, contractors have started moving towards more efficient transporters that are designed specifically for haul out.

Dale says the task-specific transporter, designed and manufactured by another Queensland business, Agri-Con Equipment in Bundaberg, is just what he needed in his growing business.

“We harvest about 650,000 tonnes of cane per season from Tully across to the Atherton Tablelands,” Dale says. “We had been running up to four haul outs with each harvester, but because the new machines are simpler, more manoeuvrable and have a faster cycle time, they’re much faster, so we only need two or three per harvester,” he says.

Between dropping a machine from each crew and the higher fuel efficiencies the new transporters deliver, Dale says the switchover is delivering measurable business results. The machines have an approximate energy saving of 30% due to improved cycle time, the number of units used and better fuel usage per hour.

The haul out transport has been around for a while, but Dale says it’s only been in more recent years that it has really stood up as the better business choice.

“The technology has been around for about 25 years. In that time, we’ve seen the cost of tractors double while their reliability has become less certain in this type of work.

“Cane is a really tight-margin industry, so you have to really know your numbers and make good decisions. As we were turning over equipment we were looking at fuel efficiency and energy usage as well as longevity and hardiness of equipment. The point has definitely arrived where a specialist unit like the transporter, which is much more fuel efficient and allows us to reduce our overall equipment requirements, is the right choice for us.”

Dale currently has four transporters and plans to add more to his fleet.

“The industry is pretty sound, especially in the Tablelands, so we’re continuing to invest in streamlining our operation and doing a good quality job for our customers. We will continue to switch to one new transporter each season as we replace equipment, so we can increase our efficiencies.”