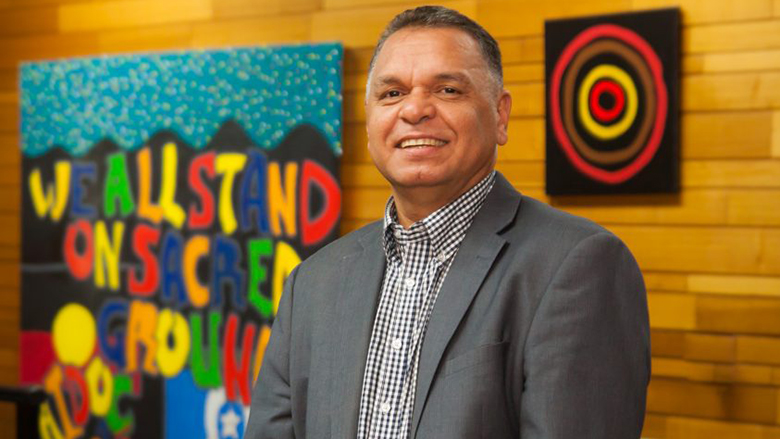 National Reconciliation Week is an opportunity for all Australians to reflect on the importance of Aboriginal and Torres Strait Islander histories, cultures, and achievements.

It’s also useful, in my experience, to reflect on the ways in which businesses and corporations can contribute to reconciliation and, in doing so, support the contribution that Indigenous people make to our community and to the rich cultural tapestry of 21st century Australia.

I've been involved in pushing for recognition of First Nations peoples in the Australian constitution for some time. This is a cause very close to my heart.

As part of the Uluru Statement from the Heart’s recommendations, and the Referendum Council’s final report, both in 2017, Indigenous leaders around the country called for a First Nations’ voice to Parliament. This would mean local community people having a direct say in what Aboriginal affairs looks like in this country.

That’s the key, but missing, ingredient in how we do Indigenous affairs in this country, and that’s what constitutional recognition aims to fix: providing an Indigenous voice.

First Nations people occupy a special place in this country, not just because of our history. And not only because a big part of that history is the dispossession of our country. But we are special because Parliament can make laws and policies especially for us, under section 51, subsection 26 of the constitution.

There are characteristics that any new entity would need to have in order for it to speak with authority and in a way that facilitates a respectful dialogue with the Parliament. These attributes of authenticity include:

It makes sense to me that Indigenous people should have a say in what those laws and policies look like.

We think that it’s important to do two things. Firstly, constitutional reforms have to uphold the values of parliamentary democracy. This is also important because whatever reform gets through is going to be bi-partisan; it’s going to need the support of the left and the right.

Secondly, it’s got to recognise Indigenous people on our terms, and in a fair way.

In September 2017, my essay Claiming the common ground for recognition was launched by Stan Grant, Chris Kenny, and Michael Rose AM. In the essay, I explained why the “voice to Parliament” is a legally modest proposal that addresses the concerns of constitutional conservatives and liberals. So I was pleased to see that people like Chris and Stan —coming from different sides of the political spectrum—came together in agreement on the importance of constitutional recognition and reconciliation.

So what can the corporate sector do to assist this process?

An essential part of constitutional reform is that it ties in with what is working already.

That includes corporate support for the Jawun program, which introduces corporate secondees to Indigenous communities to help build capability and capacity, as well as the "Empowered Communities" initiative, which creates local opportunities.

This is the way forward. It's not to deny that "jobs are important", because they are. But unless Indigenous people are empowered at the community level to make decisions on issues affecting their community, nothing will change. This is for the benefit of the whole country.

I’ll give you an example of why. In New Zealand, the Maori business sector economically contributes $NZ50 billion annually to the nation's economy. In Australia, the Indigenous business sector contributes somewhere between $2.2 billion and $6.6 billion. But we spend, annually, around $34 billion on Indigenous affairs. Supporting Indigenous businesses and corporations to develop their local economies is a simple step forward that also makes economic sense.

As always, change is not a simple thing to accomplish. Aboriginal and Torres Strait Islander people know this. But corporate Australia needs to step up and support constitutional reform, include it in Reconciliation Action Plans, acknowledge its importance at public events and seek out opportunities to promote it.

Sean Gordon is Managing Director of Gidgee Group, Chair of Uphold and Recognise and NAISDA. An Atlantic Fellow for Social Equality and is a member of Commonwealth Bank’s Indigenous Advisory Committee.