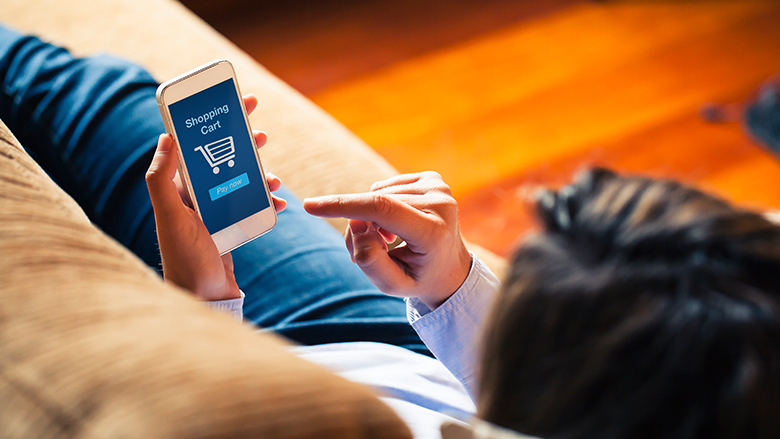 A significant increase in sales via mobile devices over the past year is boosting the performance of online only retail businesses, according to the latest research from the Commonwealth Bank.

The research shows that sales through mobile devices have risen significantly, increasing from 18 per cent of all online sales to 29 per cent in the past year, an average annual growth rate of 60 per cent.

This growth is supporting the expansion of smaller pure play online retailers with the number of businesses generating between $1 and $10 million in annual turnover increasing by 133 per cent over the last 12 months. The proportion of online only retailers generating in excess of $10 million remains consistent at 20 per cent, with a smaller majority still generating less than $1 million (52 per cent).

“Smaller online retail businesses are quickly achieving greater scale, with almost half now turning over more than a million dollars, and one in five generating revenue in excess of ten million. They are bringing greater focus to targeting customers, and optimising existing channels rather than seeking to introduce new avenues to market.

Booktopia Chief Executive Officer Tony Nash said: “Mobile browsing, traffic and indeed sales are very much on the increase for Booktopia. We’ve put a lot of emphasis on and expertise towards making sure our customer experience on a mobile platform is really good.

“Interestingly we find the size of the consumer basket is always a little bit more for a desktop or tablet sale, because there’s only so much screen to work with on mobile. It tends to limit the ability to browse the site somewhat.”

A strong outlook for sales growth is underpinning confidence among online retailers, who remain substantially more optimistic than multi-channel businesses. Forty-six per cent of pure play online retailers had a positive view on business conditions over the next 12 months, compared with only 33 per cent of multi-channel retailers. For bricks and mortar only retailers, confidence levels were even lower, with only 26 per cent indicating a positive outlook.

Controlling prices across channels is likely to become increasingly important for retailers as digital sales grow. The research suggests consumers strongly dislike being asked to pay different prices on different channels, with 72 per cent agreeing it is important for retailers to set prices consistently. One quarter of retailers surveyed said they had difficulty controlling prices across channels and 23 per cent said they had trouble co-ordinating with different parts of their business.

The CommBank Retail Insights report is based on a quantitative survey conducted by ACA research in August of 500 senior retail business decision makers from small, medium and large retail businesses. The report also includes a survey of 1,001 shoppers. The report can be downloaded here.