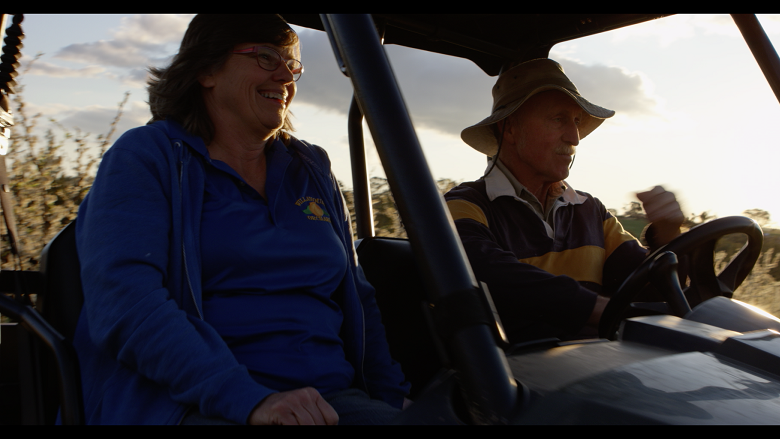 The Commonwealth Bank is a family affair for these farmers from Young.

Like thousands of self-made Australians, Helen and Andrew Ricketts rely on the Commonwealth Bank to help run their small business, a farming operation in the New South Wales town of Young.

Their relationship with the Commonwealth Bank spans three generations. Helen’s father Max O’Brien first opened an account in 1948 and their adult children also bank with CBA.

As well as being lifelong customers, Helen, Andrew and Max are also among the 800,000 households who directly own CBA shares.

Typical of mum and dad shareholders who invest for the long term, Helen and Andrew have held their shares since 1993, possibly following the trend set by Max, who was a founding shareholder, buying a slice of the bank when it first floated on the Australian Stock Exchange in 1991.

Max extended his association with CBA when he sought finance to build his home in Young. The bank was also there when he wanted to expand his orchard. "They gave me money to buy the block across the road as well," he says.

The trust from customers like Max is what has allowed the bank to grow and today CBA has relationships with more than 600,000 Australian businesses. CBA Group is the nation's largest home lender, with 1.9 million home loan customers*.

Helen plans to see the world. Andrew, who first opened a CBA account 55 years ago, might finally see through his passion of writing a new book on Australian billiards champion Walter Lindrum.

Meanwhile, as the cherry blossoms bloom, there is still work to be done.

"I go back to the old adage that my parents taught me," Helen says. "The harder you work, the luckier you get."

Find out about CBA's contribution to Australia

Our contribution to the Australian economy