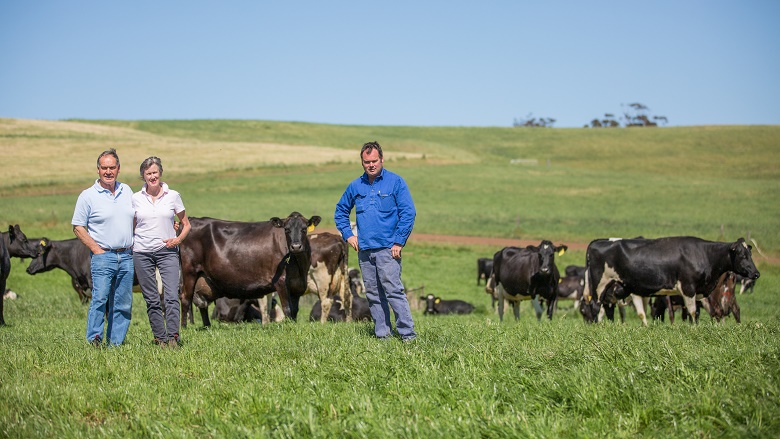 Farmers in Victoria are most concerned about the price of energy than energy reliability, with 88 per cent saying cost is a bigger issue to them.

A new research report being previewed by Commonwealth Bank’s Agri Insights research program has uncovered a number of the key concerns amongst farmers in Victoria.

While the full report is scheduled to be released later this year, Executive General Manager for Regional and Agribusiness Banking, Grant Cairns previewed some of the Victorian specific results at the Farm World field day in Gippsland, Victoria today.

Mr Cairns said the research showed farmers in Victoria were more likely than those in other states to say costs are a greater issue than energy reliability, with close to nine out of ten farmers reporting this is a major concern.

“Our research looks at several different elements of energy usage: what it costs, how reliable it is, and how farmers see themselves managing energy into the future. The data shows us – unsurprisingly – that farmers are concerned about rising energy prices,” Mr Cairns said.

The research also showed that 83 per cent of farmers in Victoria felt they had a lack of control over energy costs.

“This is a concerning result in an environment where energy is such a significant contributor to input costs,” Mr Cairns said.

“The good news is that farmers recognise that investing in energy efficient solutions can help them manage costs into the future.

“Our research found that farmers in Victoria are keen to invest in these kinds of solutions. Solar energy with battery back-up is topping the wish list for farmers in the state.”

The survey found that 73 per cent of Victorian farmers would like to invest in solar with battery storage, while one in four (25 per cent) want to look at ways to modify equipment to minimise energy consumption.

Commonwealth Bank is a major sponsor of Farm World and has been supporting the event for more than 30 years. A number of the Bank’s specialists, including energy efficient finance specialists, are on hand at Farm World alongside the local team to share their insights on topics from trade finance to wealth management. The CommBank marquee is located at Site #332 – 333.

The full Agri Insights energy report is scheduled for release in June.