Economy-wide spending remained solid in February, with the Commonwealth Bank Business Sales Indicator up 1 per cent in trend terms.

Since recording broadly flat monthly trend growth in sales from December 2016 to February 2017, the pace of sales has consistently lifted and has now showed growth for thirteen consecutive months.

“This year we saw much stronger growth in the first two months of the year, compared to the same time last year. Seemingly consumers have greater job confidence and that, in turn, is causing people to be more confident about spending,” said CommSec Chief Economist Craig James. 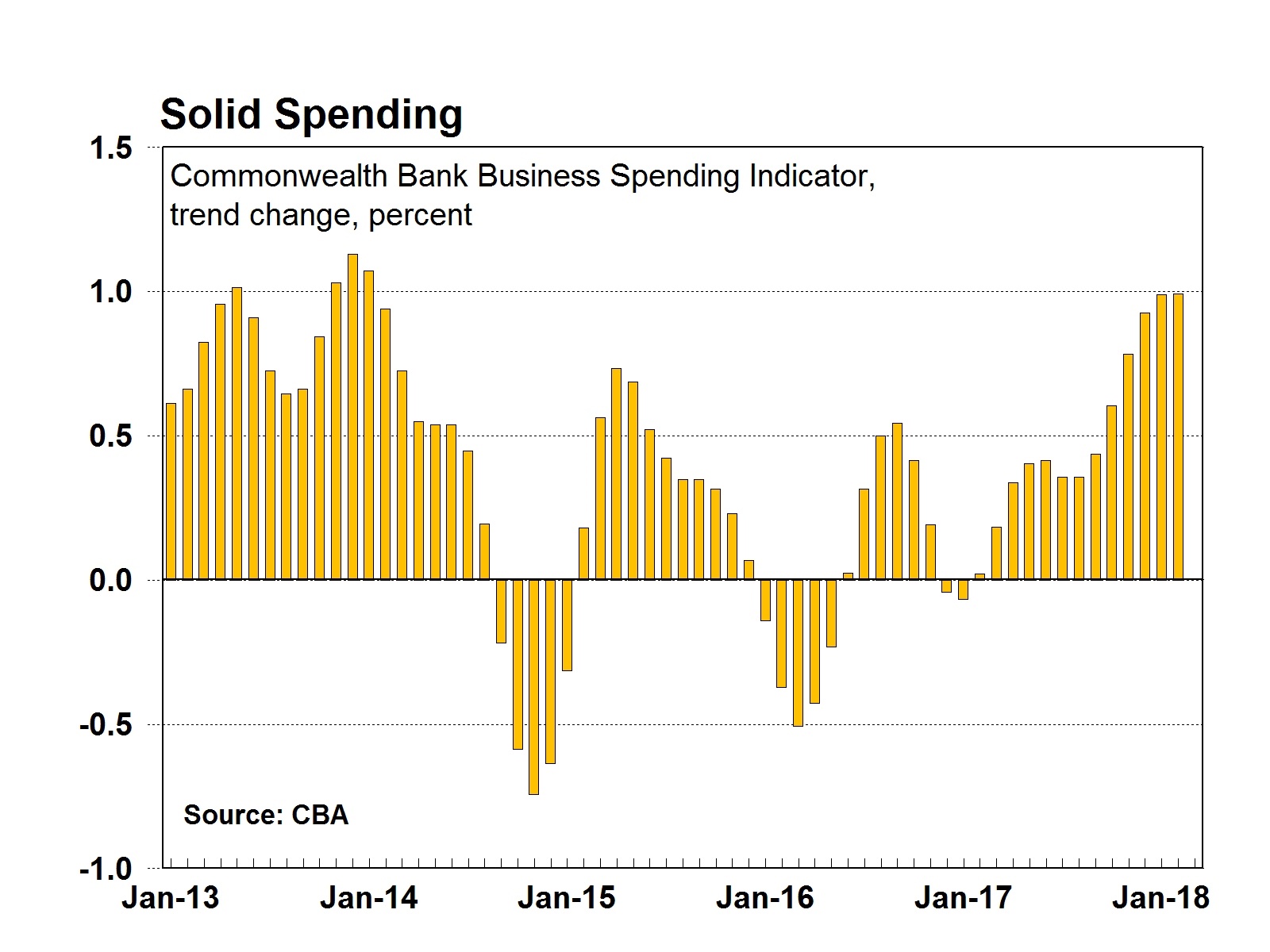 Growth in February was driven by a lift in retail store spending, up 1.9 per cent – the strongest growth since July 2009 and matching the January outcome – as well as increased spending on government services, up 1.5 per cent, and airlines, up 1.1 per cent.

The BSI, which reflects the condition of national and state economies, has now risen for 13 consecutive months.

Sixteen of the 19 industry sectors rose in trend terms in February. On the other side of the equation, sales only fell for mail/telephone order providers (down 1.1 per cent), following by business services (down 0.4 per cent) and utilities (down 0.2 per cent). 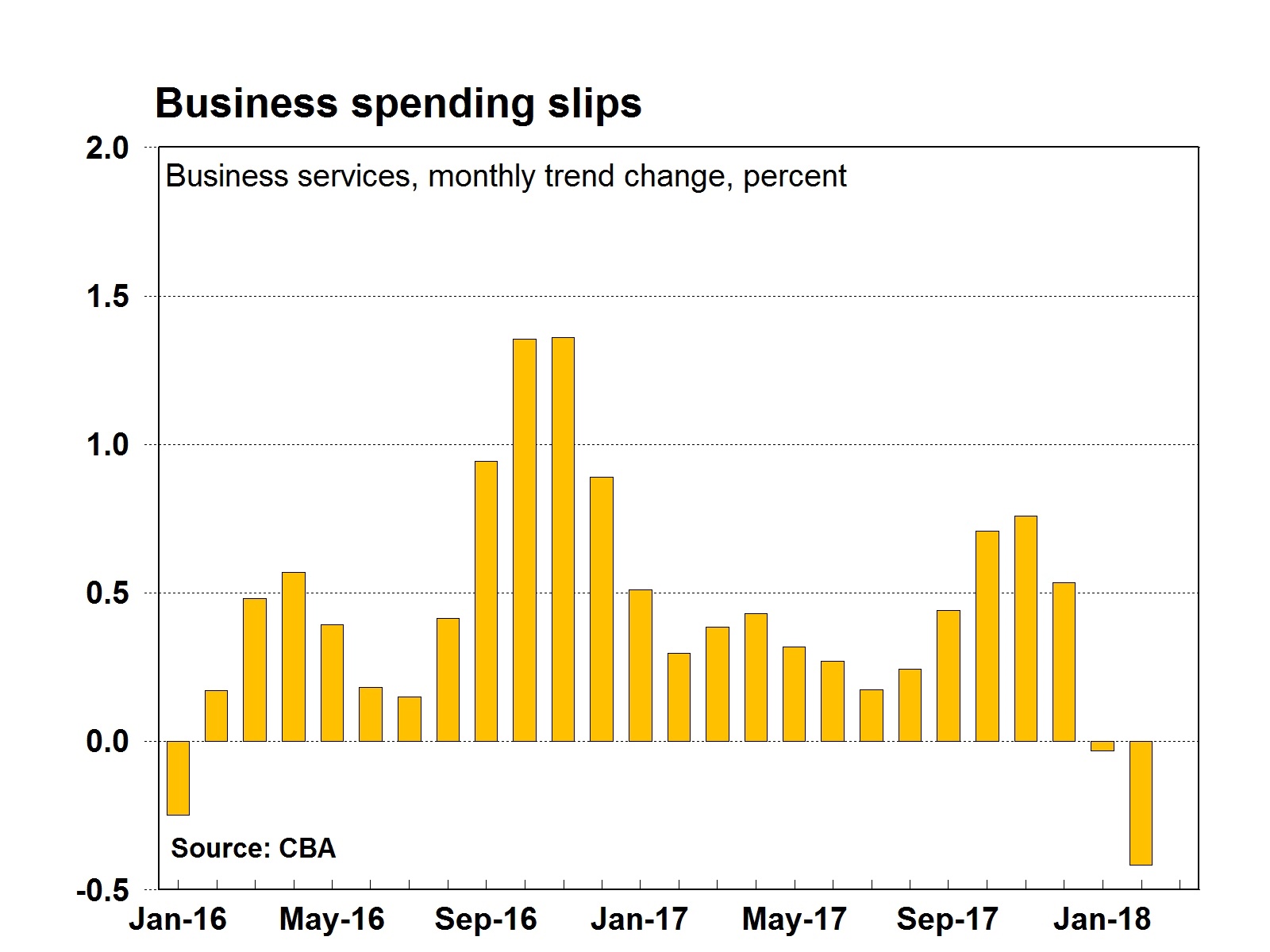 Sectors with strongest annual growth in February included airlines (up 17.3 per cent), transportation (up 13.9 per cent), utilities (up 12.0 per cent), and government services (up 11.8 per cent). In contrast, mail/telephone order providers was the only sector to see an annual fall (down 4.9 per cent).

Sales were stronger in February across all states, compared with January. Victoria experienced the biggest jump (up 1.4 per cent) followed by Queensland (up 1.1 per cent); NSW (up 1.0 per cent); Tasmania (up 0.7 per cent); and South Australia and Western Australia (both up 0.6 per cent). Sales fell 0.4 per cent in the Northern Territory and fell by 0.3 per cent in the ACT.