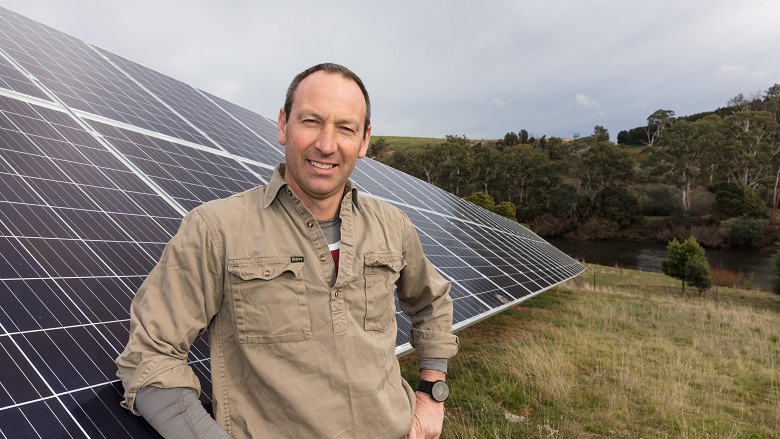 Commonwealth Bank research shows Tasmanian farmers are the most likely to look at modifying equipment to increase energy efficiency.

Farmers in Tasmania are the most interested in engineering and modifying equipment to increase energy efficiency, according to a new report from the Commonwealth Bank.

The latest Agri Insights report looks at energy usage, costs and reliability across agribusinesses nationwide. The report revealed 41 per cent of Tasmanian farmers are interested in engineering or modifying equipment for increased energy efficiency, compared to 22 per cent nationally.

“This is a state that has had its share of energy reliability issues in recent years,” says Darryl Mohr, Commonwealth Bank General Manager for Regional and Agribusiness Banking Tasmania.

“This has prompted farmers to think about their energy usage in new ways, including looking at more immediate solutions for energy efficiency.”

While Tasmanian farmers are more likely than those in other states to be thinking about modifying equipment, their greatest area of interest is actually in solar power with battery storage. Three-quarters of farmers in the state (75 per cent) say they’re keen to invest in this area, which is in line with the national average of 76 per cent.

The research also showed that 84 per cent of farmers in Tasmania feel they have a lack of control over energy costs, which is a significant increase over the national result (78 per cent). In addition, a significant majority of Tasmanian farmers (84 per cent) report that energy costs are more of an issue than reliability.

“One Tasmanian horticulture producer who took part in our survey said he spent around $50,000 a year on electricity, which is about 10 per cent of his overall farm operational costs,” Mr Mohr says. “That’s a lot of money, and many farmers in the state are spending even more.”

Across Tasmania, energy expenditure is reported to be slightly lower (10.9 per cent) than the national average (11.4 per cent). Nationally, dairy farmers report that energy costs account for 14.1 per cent of their input costs, while it’s 12.8 per cent for horticulture.

Last year, Tom Salmon installed 400 solar panels at his Derwent Valley farm to help pump water from the Derwent River for irrigation. The solar panels account for roughly one-third of the energy required to fuel the pumps.

Before installing the panels, Tom was running his two pumps during off-peak hours to minimise energy costs. Now, solar energy allows him to pump water from the dams day and night.

“During the day, if we've got the pumps running, the solar will feed the pumps first. The solar energy won't run the pumps on their own, so we require energy out of the grid to boost it, and then obviously when the pumps aren't running, we're putting solar energy straight back into the grid, where it will get sold or used by whoever needs it most,” he says.

“We basically wanted to just put our toe in the water, but in the long-run, we want to try to make our operation energy neutral. We’ve set a goal to try to achieve that in the next 10 years,” he says.

To help this become a reality, Tom has joined a renewal energy co-op, though it is still in its infancy.

“We're forming a bit of a co-op so that we can sell our energy for a premium – and saving on some of the energy as we produce it, so that ideally we end up cost neutral,” he says.

Tom is continuing to look at renewable options for his operation.

“We're looking into more solar, and we're looking at upgrading our pumps and things like that, to make sure that we've got the most efficient equipment possible.

“Energy is obviously a major cost in the business and it's going to get greater for us, on two fronts, because over time energy costs are going to continue to rise, and over time we're going to increase our consumption of energy. Being as efficient as possible is something that we need to look at going forward,” he says.