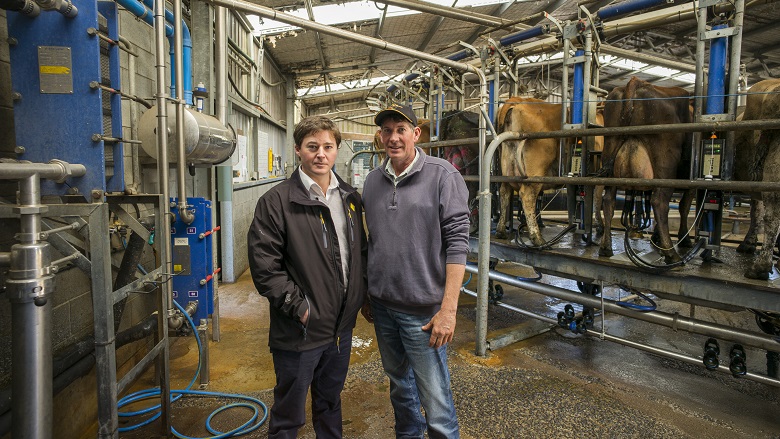 Farmers in Victoria are among the most likely in the country to say they don’t have control over energy costs, but they’re looking at new ways to deal with it, according to research released today by Commonwealth Bank.

The latest Commonwealth Bank Agri Insights report looks at different areas of energy usage across farms around the country, including cost, reliability and viable energy efficient options for farmers in the future.

“Many farmers in Victoria are in energy intensive operations, so the cost of energy is always going to be front of mind and will have a real impact on their businesses,” says Darryl Mohr, Commonwealth Bank General Manager Regional and Agribusiness Banking for Victoria.

Across the country, 87 per cent of dairy farmers say the impact of costs on their operation is moderate or significant, with 73 per cent in horticulture feeling the same. The research also showed that 88 per cent of farmers in Victoria feel cost is a bigger concern than reliability – which is more than any other state and seven points above the national average (81 per cent).

“The important message out of our research is that Victorian farmers recognise the need to invest in new options in order to take control over their energy costs.

“Right now, many farmers, and especially dairy farmers, are feeling pressure from high electricity costs but at the same time, they’re looking at what steps they can take to regain control and better manage their costs. For many, this is about investing in more energy efficient solutions,” Mr Mohr says.

Energy is one of the biggest costs at Rob Bayley’s piggery in Gippsland, Victoria, but Rob is taking an interesting approach to managing his costs.

His Blackwood Piggery, a 550 sow operation run in conjunction with his parents Ian and Robyn, has invested in a system that converts methane from raw pig manure into an energy source.

“The raw pig manure goes into a dam and the bacteria breaks down any particles in there that have still got energy in them. Usually that methane would just go off into the environment but in this case we're capturing it and using it as a fuel,” Rob says.

Rob began work on the new system last July and it was implemented in August this year, though he has been looking into it for five years, with generators to be installed in the next month. The system is set to provide at least 100% more energy than the operation requires, which means that if the company ever expands they’ll be all set to meet their increased energy needs.

“It takes the pressure off any projects in the future. If we were to build a feed mill for our piggery, for instance, we'd have enough power to run that through,” Rob says.

In the immediate term, any unneeded energy will be sold to the grid, providing a passive source of revenue.

“We'll be able to sell back to the grid and have the ability to earn renewable energy credits as well as carbon credits, which are other clean energy incentives that exist, so we can claim them as another income stream,” Rob says.

In addition, the investment will reduce odour on the property and be a more environmentally sustainable option than traditional energy.

“It gets rid of up to 80% of the odour from a piggery, so that's a big driver of why the pig industry would like everyone to have one – it helps improve our image through odour reduction.

“Sustainability was the other aspect of the project. We are improving our carbon footprint through this project so all the methane that used to be let off straight from the pond would have gone up into the environment,” he says.