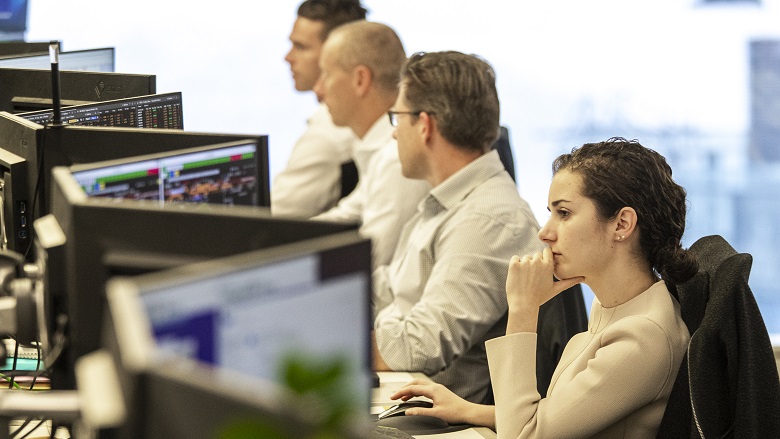 The World Bank (International Bank for Reconstruction and Development, IBRD rated Aaa/AAA) has raised an additional A$50 million for its Kangaroo bond due August 2020 - the first bond created, allocated, transferred and managed through its life-cycle using distributed ledger (blockchain) technology.

In August 2018, CBA was mandated by the World Bank as arranger for the bond and following a two-week consultation period with the market, the two-year bond raised A$110 million. In May 2019, CBA and the World Bank, with TD acting as market maker, added additional capability to the platform by enabling Secondary Bond Trading recorded on Blockchain making this the first bond whose issuance and trading are recorded using distributed ledger technologies.

The subsequent issuance builds on the success of the platform taking the total capital raised to A$160 million and further enables capital markets to leverage distributed ledger technologies for faster, more efficient, and more secure transactions.

Bond-i (Blockchain Operated New Debt Instrument) is part of a broader strategic focus of the World Bank to harness the potential of disruptive technologies for development to benefit the World Bank’s clients. The World Bank’s blockchain innovation lab was established in 2017 as an innovation hub for poverty reduction projects across the world and includes developing opportunities to use blockchain and other disruptive technologies in areas such as land administration, supply chain management, health, education, cross-border payments, and carbon market trading.

“We are happy to see the continued, strong support and collaboration from investors and partners. The World Bank’s innovation and experience in the capital markets is key to working with our member countries to increase digitization to boost productivity in their economies and accelerate progress towards the Sustainable Development Goals,” said Andrea Dore, World Bank Head of Funding.

CBA, RBC, and TD have been lead managers for a number of IBRD bond issuances in the Australian and New Zealand capital markets. This issuance built on the longstanding partnership between four organisations, bringing together World Bank’s 70-year track record of innovation in the capital markets, CBA’s globally recognised Blockchain Centre of Excellence, and TD and RBC’s significant global franchises in debt capital markets.

“An increase to the line is a natural evolution for the trade providing a great opportunity for both new and existing investors to get involved. As a market maker on the platform, TD is very excited to have partnered up with World Bank and CBA again and be part of the next step in the platform’s development,” said Yuriy Popovych, Director TD Securities.

“RBC is very pleased to be involved in the next stage of evolution of World Bank’s Bond-i issue, the most advanced practical application of blockchain technology to the debt capital markets to-date,” says Jigme Shingsar, Managing Director, Debt Capital Markets at RBC. “Though the technology is still in its early stages, we believe blockchain networks have the potential to transform financial services, offering a leap forward in the transparency and efficiency of our market.”

The blockchain platform was designed and developed by the CBA Innovation Lab’s Blockchain Centre of Excellence.

About the World Bank

The World Bank (International Bank for Reconstruction and Development, IBRD), rated Aaa/AAA (Moody’s/S&P), is an international organization. Created in 1944, it is the original member of the World Bank Group and operates as a global development cooperative owned by 189 nations. The World Bank provides loans, guarantees, risk management products, and advisory services to middle-income and other creditworthy countries to support the Sustainable Development Goals and to end extreme poverty and promote shared prosperity. It also provides leadership to coordinate regional and global responses to development challenges. The World Bank has been issuing sustainable development bonds in the international capital markets for over 70 years to fund programs and activities that achieve a positive impact. More information on World Bank bonds is available at www.worldbank.org/debtsecurities.

Since our beginnings in 1911 as a bank for Australian families, Commonwealth Bank of Australia has been providing financial services for people, businesses and communities across the country. Today, we have grown to become one of the world’s leading financial institutions. We employ more than 51,000 people around the world. We have more than 800,000 direct shareholders with many more who own shares through their superannuation or retirement plans. CBA’s Blockchain Centre of Excellence, housed in the Sydney Innovation Labs, has taken a lead role in applying blockchain technology to capital markets, last year launching the inaugural bond-i issue with the World Bank, and in 2017 partnering with Queensland Treasury Corp to test a prototype bond on blockchain in the first blockchain bond prototype by a government entity. From technology firsts, innovative products and services, to an unwavering focus on customer service, the way we do business makes it easier for our customers and communities around the world to improve their financial wellbeing. For more information about who we are and our history please visit ‘About Us’.

This press release is not an offer for sale of Bond-i notes (the “Notes”).  Any offering of the Notes will take place solely on the basis of the relevant offering documentation including, but not limited to, the prospectus, term sheet and/or final terms, as applicable, prepared by the World Bank or on behalf of the World Bank. Any decision to invest in the Notes should be taken on the basis of the relevant offering documentation in which the risks, expenses and conditions regarding the Notes are described. Sale of the Notes might be subject to restrictions under the laws of New South Wales. The Notes may not be offered or sold except in compliance with all applicable laws and may not be eligible for sale in certain jurisdictions or to certain persons.