Young Aussies still dream of Europe, with more than eight in 10 rating it their number one travel destination

Europe top travel spot for 80 per cent of young Aussies 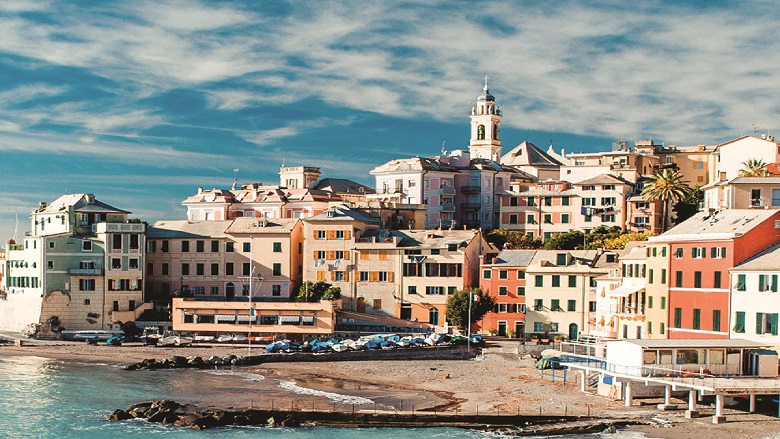 New research shows that Europe is still by far and away the number one holiday location for Australia's 18-24-year-olds.

Europe has emerged as the resounding favourite when it comes to holiday locations for Australia’s 18-24 year olds, with more than eight in 10 nominating it as their number one travel destination of choice.

Despite the increasing accessibility of locations in South America, Africa, Asia, North America, and other parts of the world, 84 per cent of young Australian adults selected Europe as the continent they most wanted to visit.

The finding comes courtesy of new research from Commonwealth Bank, which also found that nearly two thirds (60 per cent) of Australia’s 18-24 year olds want to travel to at least four destinations before 2020, and almost one in 10 are setting their sights on 10 or more.

The research, which aimed to identify both the motivators and deterrents affecting young Australians’ travel habits, also indicates that optimism is running high, with 68 per cent of those surveyed believing it is likely that they will make it to their dream destination within the next five years.

Danielle Murrie, General Manager Deposits and Transactions at Commonwealth Bank, said: “With so much going on in the lives of young Australians today, it’s encouraging to see that travel is still a priority. At Commonwealth Bank, we strongly believe that travel plays an important role in helping people develop and learn, so we’re encouraged by these results.”

As far as inspiration goes, 77 per cent of survey respondents said that at least some of their travelling is inspired by others. Over three quarters (76 per cent) admitted to asking their mates for inspiration, for everything from destinations to activities.

Social media also plays a part, with two-thirds (66 per cent) citing Facebook and just under half (49 per cent) naming Instagram as one of their key travel inspiration sources. Beyond personal networks, 42 per cent read and follow travel blogs for inspiration on where to go.

One of Australia’s most popular travel bloggers, Aubrey Daquinag, founder of The Love Assembly said: “With people openly sharing their travels via social media it is completely understandable that young Australians are seeing this and dreaming big. It is incredible that these aspirations are so high that some want to visit 10 countries or more in the next four years – an impressive travel goal!

“It didn't come as a surprise that over 80 per cent mentioned Europe as their top travel destination. I mean, sailing the Mediterranean, Parisienne picnics under the sun, siestas in Spain... life in summertime Europe is a whole lot of fun!”

Being exposed to so much travel inspiration is enough to make anyone want to book the next big trip; however, the research highlighted some roadblocks to fulfilling these dreams.

Cost was the biggest barrier with 70 per cent of those asked worrying that they cannot afford the travel in the first place. Alongside this, just under two thirds (65 per cent) also worry about saving for the trip.

As well as the monetary stresses, 59 per cent worry about being able to get time off work, school or university in the first place.

Ms Murrie said it is not surprising that cost is the biggest barrier to pursuing travel dreams.

The thought of what you’ll need to save to travel the world can be so intimidating that it deters you from starting at all.

“The trick is to set achievable goals.  With some sensible planning, successfully saving for a big trip becomes far more possible.

“It’s also a great way to learn how to save for the future and practice managing budgets and balancing your priorities. This is just another way that travelling assists with personal development.”

With the constant inspiration that social media provides, a feeling of travel FOMO is inevitable and half of those asked admitted to feeling it at some point, with just over one in four pointing to Facebook and Instagram as the cause.

FOMO is proving to be a source of positive inspiration: 64 per cent of those asked said they added something to their bucket list because of seeing other peoples’ travel experiences and just over a fifth finding ideas for activities.

It’s a finding Ms Daquinag can relate to.

“As a travel blogger, I understand how much people view, like and share travel destinations. It’s evident that people are greatly influenced by consuming travel content online. What is fantastic is that they are using this inspiration to add to their own goals and motivate themselves to experience more.

"Knowing that you have sparked someone else's world of wanderlust through your own creation of imagery and personal experience is an amazing compliment to receive as feedback. It’s what keeps me creating to inspire others to chase their travel dreams.”

About the DreamFar study