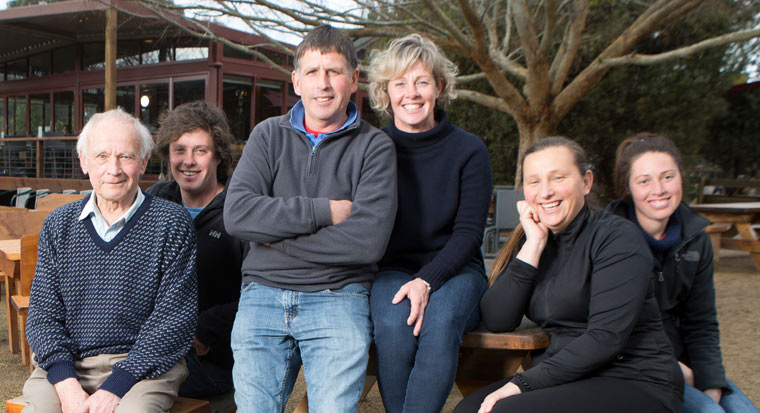 A case study that shows how milk producers are using modern technology to boost output.

On the Dornauf family farm in Tasmania, it’s the cows who decide when they get milked. Some are in no hurry, but that’s not a problem because the property near Launceston is home to Australia’s first robotic dairy.

It’s one of four farms owned by Dornauf Dairies, a family enterprise run by three generations. Established in 1964 by Ian and Jenny Dornauf, the company owns 1800 cows, which between them produce 13 million litres of milk a year.

While their son Chris and his wife Lyn help look after the traditional side of the business, it was grandson Nick’s job with his partner Rebekah to bring the robotic dairy to life.

Unlike other dairy farms, where the cows are brought in and milked to a schedule, the robotic dairy allows the animals to come in when they’re ready. Electronic tags keep track of which cows have been milked and how much they have produced. Smart gates then direct them out and any that require veterinary care are guided into the hospital pen.

The robotic dairy has proved a big success, but Nick shares the credit with the rest of the family.

“It would have failed if we didn’t have the support of the family.

"We were so focused on it that they had to manage the rest of the business on their own,” he says.

How are farmers innovating? Download our Agri Insights Innovation Report