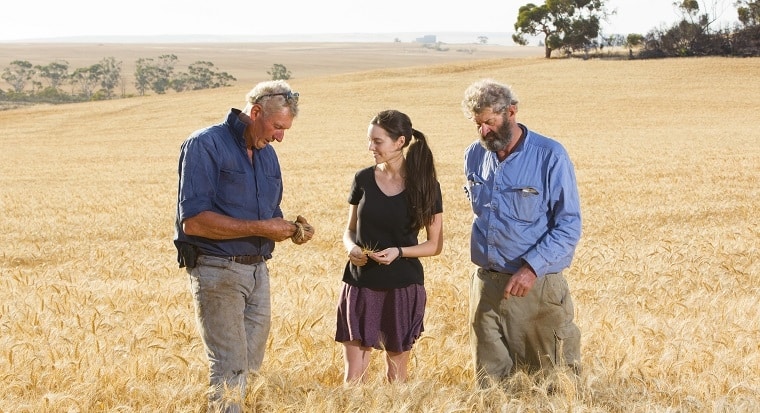 The Hayes family have used their own skills to design agricultural machinery tough enough for Western Australia’s robust conditions.

Faced with highly variable soil yields across their property, the Hayes family have made use of their own innovative skills to achieve more uniform results.

“In one paddock you can go from massive yields to low in three steps,” co-owner David Hayes says.

The wheat and sheep farmers have designed a purpose-built spader to mix topsoil and subsoil in an effort to improve water retention and mineralisation. Unlike other spaders, the Hayes’ version is purpose-designed to suit Western Australia’s difficult soils ­- and it’s revolutionising farming across the state.

“We took the best designs out of the ones in the market. We made it like the ones in Europe but stronger. There was nothing strong enough to do the job,” David says.

Their invention has helped them achieve an impressive 30 per cent increase in yield.

The Hayes also employ other technologies, including a drone which they use to detect insect damage and monitor hot spots, as well as satellite imagery from their fertiliser company to get pasture biomass maps.

“We’ll always try new tech and decide from there whether we want to invest,” David says.

V&HA Hayes Pty Ltd started as a wool operation in 1967 but when the wool market crashed the business moved into cropping. Today its 3750ha operation has a spread of 70 per cent crops and 30 per cent sheep, which are bred for both prime lamb and wool.

This article is intended to provide general information of an educational nature only. It does not have regard to the financial situation or needs of any reader and must not be relied upon as financial product advice. Agri Insights canvassed 1,405 Australian farmers about their intentions for their farm enterprise over the coming 12 months, as well as the past 12 months. We spoke to a representative sample of rural producers across Australia. Fieldwork was executed by Fairfax Agricultural Research and Marketing using its database of more than 100,000 rural producers, and the research was managed by Kynetec. Calls were conducted in September 2017. Commonwealth Bank of Australia ABN 48 123 123 124 AFSL and Australian credit licence 234945.