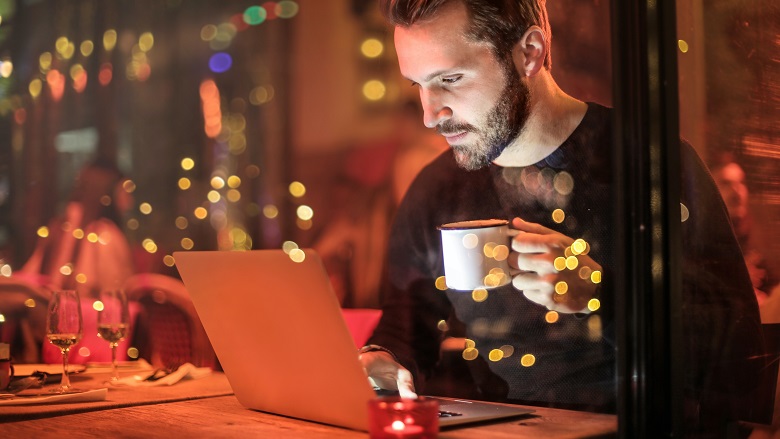 What is a digital bank?

Synonymous with the world of mobile phones, cloud computing and contactless payments, digital banking has become the go-to label for a new breed of banks around the world.

Often described as challenger banks or neo-banks (see below), digital banks are viewed as “next-generation” innovative institutions that will or increasingly are taking on the traditional, incumbent banks which provide a wide-range of services and products through different channels such as ‘bricks and mortar’ branches, call centres and online platforms.

Sitting behind these old-style forms of banking are “legacy” or long-standing (and therefore slower and cumbersome) computer systems that can’t compete or adapt like new, faster and simpler platforms.

Consequently, digital banks are seen as being easier, quicker and more responsive to deal with given that they are not weighed down by old processes, held back by previous paper-based ways of doing business that have been computerised for the modern age and stifled by bureaucratic decision-making.

That said, they are still required to meet the rules, standards and financial obligations laid down by the regulatory bodies such as the Australian Prudential Regulation Authority (APRA) and the Australian Securities and Investment Commission (ASIC) if they take deposits from customers and lend money to them.

And banks can only describe themselves as such – traditional, digital or otherwise - if they hold a licence to operate from APRA as an Authorised Deposit-Taking Institution (ADI).

Strictly speaking, digital banks are not necessarily new banks or even challengers to incumbent, long-standing institutions as described above. Increasingly, this is a term used to describe all banks that provide digital transactions, payment and other processing services such as banking apps on mobile phones, and customers who only tend to interact with them through these platforms.

In Australia, that can refer to well-established foreign-owned banks like ING Australia, which does not have a branch network, or Up – an Australian mobile-only digital bank. Designed, developed and delivered through a collaboration between Ferocia (a software company) and Bendigo Bank, Up runs on a smartphone, and provides customers with an app and a debit card linked to a real bank account. Similarly, Commonwealth Bank, with its industry-leading and award winning CommBank App that is utilised by more than 6 million Australians every day, can be described as a digital bank.

To that end, any ADI/APRA-licensed bank that provides such services can describe themselves as a digital bank and this will be more so as increasing numbers of customers switch to banking online, whether it’s on their phone, tablet or desktop.

In turn, that is accelerating the drop in usage of branches and automatic teller machines (ATMs) which have long been associated with a bank’s physical presence.

Nonetheless, there are differing views as to what is a fully digital bank (one that only operates online and has front-end digital applications that customers use and back-end computer processing systems with little human intervention) and a bolted-on digital bank such as the long-standing players described above.

Neo-banks are the newest banks to emerge in Australia and are “pure” digital banks in that they don’t have physical branches and only provide digital banking services such as online transactional and deposit accounts through phone apps and, less so, websites.

Australia’s neo-banks have taken their lead from very similar operators in the United Kingdom, among them new players like Monzo, Resolut, Starling and Atom, which since launching from 2015 onwards, now claim several millions of customers between them.

The first neo-banks here were formed a couple of years later and after an extensive regulatory approval process, have been granted banking licences as ADIs by APRA, allowing them to offer deposit and lending products. Among the first to start in 2019 were retail neo-banks Xinja, 86400, and Volt and the small business bank Judo.

They also describe themselves as the true “challenger” banks as they have been established to compete directly with Australia’s four majors (including their subsidiary brands such as CBA’s Bankwest and Westpac’s St George), regional banks like Suncorp, the Bank of Queensland and Bendigo and Adelaide Bank, and smaller mutual banks which are “owned” by their members.

The “neo’s” are now among 84 licensed banks operating in Australia and 141 ADIs altogether, a figure which includes credit unions and building societies across the country.

APRA’s view on the neo-banks is clear: as well as offering consumers’ choice through new services and products they have to meet community expectations of banks.

“We want to encourage innovation, to welcome new entrants into the industry, to support competition,” the regulator said in 2019. “But we don’t want to lower our standards and create risks for deposit-holders in order to do so. There is no sign that the community is willing to accept a higher risk with their deposits.  The community expects all banks to be very safe.”