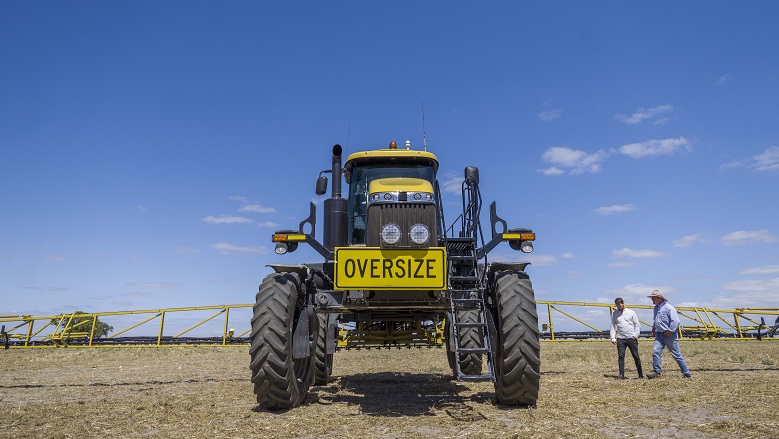 As many parts of the country rebound from the drought, new harvesters and tractors are hitting the paddocks.

Sales of such equipment is booming thanks to much-needed rain, low rates and the Government’s instant asset write off scheme, according to Codemo Machinery Service’s owner, Simon Codemo.

“We’ve seen a really big change in NSW over the past 12 months. Obviously, the weather and improved seasonal conditions is a big part of this.  Fortunately, the break in the weather came early enough this year to give our cropping areas an early start for winter planting,” he said.

“This weather, combined with low rates, stable commodity prices and the instant asset write off scheme has boosted farmer confidence.

“I’ve definitely seen a boom in sales because of this confidence – we’ve seen demand for both new and used equipment increase across the board.

One of those customers is Trisha Eckermann. The Griffith-based dry land farmer said she has plenty to celebrate. Not only does she anticipate a strong harvest of grain, but she is also able to complete her harvest armed with the new equipment she purchased from Codemo Machinery Service.

Earlier this year, the grain producer purchased two harvesters and a chaser bin in anticipation of the strong season ahead.

“The higher rainfall this year helped enormously. It ultimately gave us the confidence to go forward to make decisions on purchasing new equipment,” Ms Eckermann said.

“Once you have the confidence to move forward and make decisions about purchasing machinery, then things really start to get going.”

Ms Eckermann, who first started sowing back in April and is now a quarter of the way through harvest, said she is excited about the potential for higher yields this season.

And Ms Eckermann isn’t the only farmer who is excited for the future. New research from Commonwealth Bank found farmers across Australia have been buoyed by recent rainfall and are taking advantage of the government’s instant asset write off scheme and current low interest rates to buy new equipment. 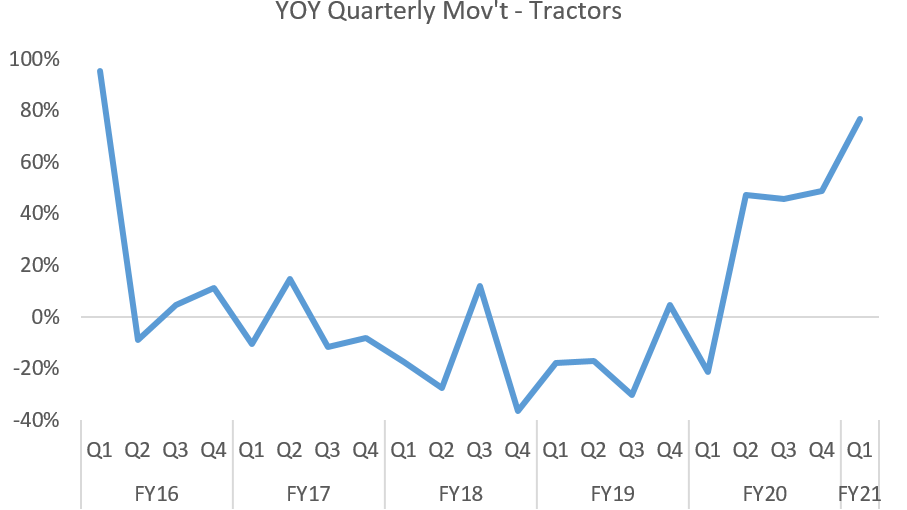 Unsurprisingly, New South Wales has led the impressive growth, with lending up by more than 100 per cent across the state. Earlier this year, the state experienced a year’s worth of rainfall in a matter of weeks. The downpour helped move NSW out of drought for the first time in years.

This change has helped inject a sense of optimism and confidence in Australian farmers like Trisha Eckermann.

“I’m hopeful this season is just the first of many positive and profitable seasons to come,” Ms Eckermann said.