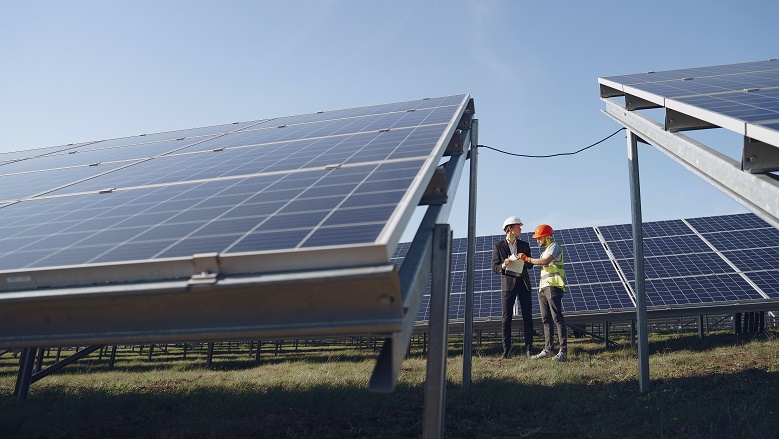 Commonwealth Bank has announced its plans to provide funding to a utility scale solar farm under construction in the NSW town of Uralla.

Commonwealth Bank Group is one of three banks partnering to provide construction financing of $212 million to UPC\AC Renewables Australia for a new solar farm to be built in northern central New South Wales.

Stage 1 of the New England Solar Farm, a utility scale solar farm, is under construction in Uralla, near Armidale. This first stage will add an expected 400MWac of electricity capacity to the National Electricity Market upon completion - enough to power an estimated 240,000 typical NSW households each year.

Further stages are planned to expand the solar farm’s capacity to 720MWac. Development plans include a 400MWh lithium-ion battery that will be co-located at the solar farm. The battery will assist with electricity grid stability and help deliver energy during peak periods, reducing electricity prices for consumers.

UPC\AC Renewables Australia expects grid connection and initial energy production to occur by July 2022, with the remainder of the project to be brought online over the following two years.

The deal will fund construction of the first 400MWac of the New England Solar Farm, with more than 950,000 solar panels to be installed at the site. When completed, the first stage of the project will be the joint-largest solar farm in Australia.

“This is the culmination of 3.5 years of hard work by our team and excellent engagement with the local community. We thank the Uralla and New England community for their support.”

The transaction is the latest in a series of deals where CBA has stepped up to support renewable energy companies and fund large-scale solar farms in Australia, with 11 similar projects financed in the past five years.

Commonwealth Bank’s Managing Director of Sustainable Finance and ESG, Charles Davis, said: “CBA is pleased to partner with UPC\AC Renewables Australia in what is a significant development in Australia’s transition to reduce carbon emissions. As the nation’s largest bank, we are committed to Australia’s renewable energy sector and to supporting high-quality clean energy projects.

“We believe the development of the New England Solar Farm is aligned with the goals of the NSW Government’s Electricity Infrastructure Roadmap, with it contributing to the de-carbonisation of the electricity industry through the development of low-cost renewable energy.

“We are also proud to support a project that will bring jobs to rural NSW and one that will continue to have strong community engagement well in to the future through its community benefits plans.”