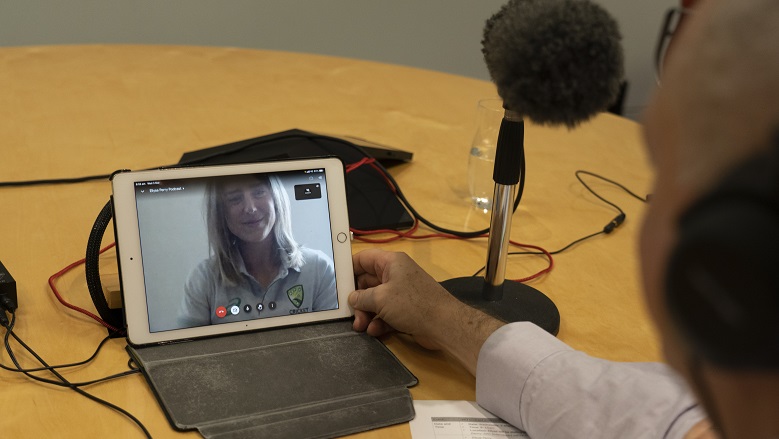 Ellyse Perry on the changing perception of women’s sport

Today is International Women's Day, and the theme for this year is: ‘Choose to Challenge’. As far as career choices go, there are few more challenging than choosing to be an elite athlete.

In this exclusive CBA Newsroom two-part podcast series, Editor in Chief Danny John interviews three of Australia's most talented cricketers – including two up and coming stars – who know exactly what it is like to challenge the status quo and surpass expectations.

In this first podcast of the series, Danny sits down with Australian cricket icon, Ellyse Perry, to discuss the changing perception and evolution of women’s sport in Australia, and how it is now a very real career option for young women coming through the ranks.

Ms Perry became the youngest Australian ever to play senior international cricket, making her debut at the second One Day International (ODI) game of the Rose Bowl Series in Darwin in July 2007, just weeks before her 17th birthday.

Following that time, Ms Perry became a regular fixture in the Australian side (formerly known as the Southern Stars), playing in the 2009 International Cricket Council (ICC) Women’s World Cup and the ICC Women’s World Twenty20 in the same year. In 2015, she was also named Player of the Series during Australia's Ashes triumph over England, and captained the Sydney Sixers in the Women’s Big Bash League.

Despite her incredible career, the women’s game is only considered ‘semi-professional’ at a domestic level, with just a small group of women able to make it their full-time job.

“I think everyone's a product of their time,” Ms Perry tells Danny John in the podcast.

“When I started playing cricket at school as a kid, I didn't really ever see it as anything other than just something I loved doing.”

“For a period of time, it wasn’t recognised as a legitimate vocation or a legitimate sport to watch at a professional level for entertainment. There’s less of this thinking these days…and there's much easier access and acceptance of women playing sports now.”

Ms Perry also speaks about the significant investment and resources that have gone into growing women's cricket – from grassroots to elite female – and how sponsorships like that of Commonwealth Bank’s long-standing partnership with Cricket Australia has made the game far more accessible for players and spectators alike.

CBA has sponsored the Australian Women’s Cricket Team and the women’s pathway teams for over 20 years. The sponsorship funding goes towards initiatives like the Growing Cricket for Girls Fund, which creates opportunities for girls of all ages to play, compete and learn. The bank also sponsors the National Female Talent Pathway helping young cricketers to maximise their talent through competitions and programs.

Partnerships such as this has transformed the game, helping budding young female cricketers to now make a career out of the sport they love.

In her interview, Ms Perry talks about being a role model and a trailblazer for the likes of young cricketers including up-and-comer, Hannah Darlington.

Ms Darlington – who spoke to Danny John in part two of the podcast series – has just been named the youngest captain (either men’s or women’s) in NSW’s 165-year history. This follows her recent maiden selection for the Australian squad that is set to tour New Zealand at the end of March.

To listen to the full podcast with Ellyse Perry, click on the link below. Then, Hannah Darlington and Stella Campbell discuss how they are enjoying cricket as a passion and as a professional career in part two, available here.