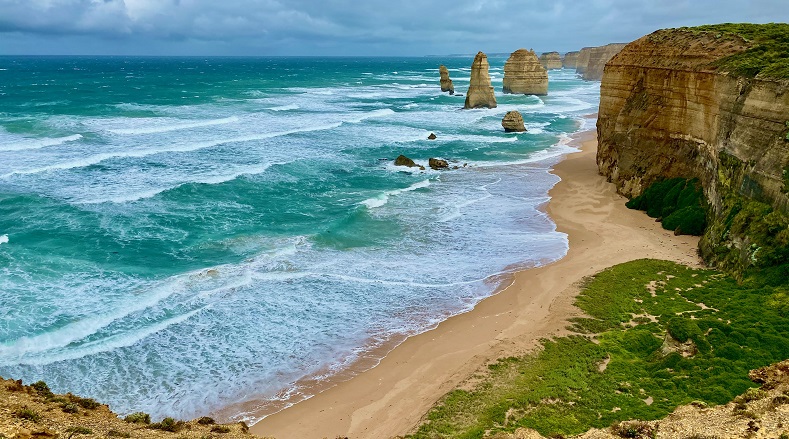 Regional Australia bounces back as Aussies explore their own backyards

Regional Australia has experienced a sharp bounce-back in spending since the start of the COVID-19 pandemic and is outstripping the recovery in metro areas, according to new data* released by the Commonwealth Bank today.

The hospitality and tourism sectors in regional areas across the nation experienced a 15 per cent increase in transactions by the end of January this year compared to twelve months ago – which was just before the dramatic drop-off in business caused by the arrival of the pandemic in Australia.

The retail sector in regional Australia has experienced an even bigger bounce, with transactions up 19 per cent year-on-year.

CBA’s data shows transaction growth in hospitality and tourism in January 2020 was lagging behind metro areas prior to the pandemic, but a year later those positions had dramatically reversed with the regions outperforming metro by 30 percentage points.

While hospitality and tourism transactions in metro areas have seen a significant recovery since the low point of the pandemic in April 20, growth is still below where it was in early February 2020. Metro transactions by January 2021 were 16 per cent down, reflecting the lockdowns and tighter COVID-19 restrictions in place in the major capital cities and suburbs, particularly Sydney and Melbourne.

Regional and metro areas both experienced the same precipitous dive in transactions in the hospitality and tourism industries at the height of COVID-19, falling 52 per cent by April 2020, according to CBA’s data. The bounce back from there started slowly for both areas, but with regional Australia less affected by COVID-19 outbreaks, country hospitality and tourism experienced a sharp and positive divide from June onwards and by July last year actually started growing again.

The second lockdowns, which affected regional Victoria and parts of regional NSW, saw the growth figures dip below into negative territory for a short period before resuming an inexorable rise upwards, a trend that continued strongly over Christmas and New Year and through to the end of the school summer holidays.

January 2021 was also a significantly stronger month for transactions in regional areas than the comparable period 12 months ago, underscoring the attraction of regional Australia to domestic visitors cut off from travelling abroad by international border closures.

The picture from the retail sector is equally revealing on a comparable basis between regional and metro areas. Transactions started growing strongly from January 2020 onwards and were up by 10 per cent in regional areas and slightly higher in metro areas just as the pandemic took hold. They then dived sharply in April before online shopping and home deliveries helped to boost spending both regionally and across metro areas before regional spending overtook the cities and suburbs, increasing by 22 per cent in July.

“These figures show the strength and resilience of regional Australia, particularly in the areas of hospitality, tourism and retail which have been hard hit during the pandemic,” Commonwealth Bank’s Executive General Manager for Regional and Agribusiness Banking Grant Cairns said.

“While many companies in these sectors are understandably still doing it tough, particularly those more dependent on international tourism, it is heartening to see how regional businesses have managed to come through the crisis - many are bouncing back after the most testing twelve months the country has experienced.

“This is a testament to a lot of hard work locally and the way these communities have banded together to support regional businesses. It is also reflective of the way Australians as a whole have responded by travelling to regional destinations when it has been safe to do so and enjoying what these areas have to offer.

“I’ve been fortunate myself to visit many areas of regional Australia over the last four months as state borders have opened up and I’m very optimistic about the opportunities being afforded by the economic recovery that is underway.  It’s also encouraging to see the trend set over the twelve months to the end of January has continued into February and March, which bodes well for the rest of 2021.

“With the various Government tourism incentives currently on offer, I think we’ll continue to see Australians exploring their own backyard.”