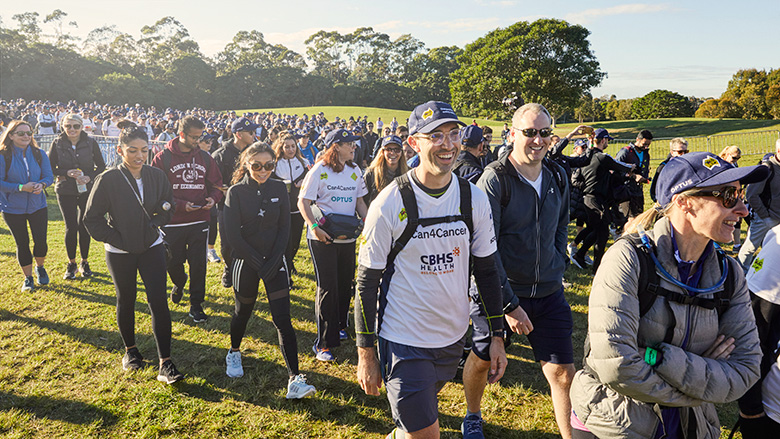 After a tough year, Commonwealth Bank of Australia remains as committed as ever to supporting and celebrating its customers and communities.

There is no doubt the last twelve months have been challenging for Australians. Marked by frequent and long lockdowns as the country battles the Coronavirus health pandemic, natural disasters impacting both coasts, and the uncertainty around when life can return to ‘normal’, it has certainly been a turbulent year.

But despite the daily challenges, the resilience and community spirit demonstrated by Australians has been unwavering.

Throughout FY21, Commonwealth Bank continued to support communities across the country in a bid to alleviate some of the obstacles and challenges Australians were facing. From long-standing community partnerships, to the launch of new programmes and support measures, the bank and its staff were there to support Australians in need.

Building on the bank’s ongoing commitment to address domestic and financial abuse, in July 2020 the bank launched Next Chapter - a program that seeks to bring a range of services, support resources and research to the market to help address the hidden epidemic of financial abuse.

As part of the launch, the bank introduced two new services including a partnership with Good Shepard – to offer impacted people with free access to specialised financial coaching and solutions; and an in-house Community Wellbeing team – to offer trauma-informed care to customers.

In February 2021, many parts of Western Australia were left devastated by bushfires, while the east coast battled floods throughout March.

CBA’s weather data model – which harnesses new technology to better anticipate and respond to customer needs – was used to deliver more than 800,000 in-app support messages to customers potentially affected by the Perth bushfires in February 2021 as well as the NSW and Victorian floods in March and June 2021.

In addition, the bank expanded on-the-ground support to communities impacted by the floods, donating $1 million and matching dollar-for-dollar all funds donated by customers.

At the time, Matt Comyn Commonwealth Bank CEO, said: “It’s vital that we do everything we can to help these communities as they recover and get back on their feet. The support we’ve announced today, including our commitment to match every fund-raising dollar donated by our customers, will go some way in providing part of the assistance these communities will need to rebuild in the challenging days, weeks and months ahead.”

The unique challenges presented over the past year have highlighted the invaluable role great teacher’s play in our society. In March, the bank celebrated and rewarded 12 outstanding educators with a Commonwealth Bank Teaching Award.

Each award recipient received a $45,000 fellowship including $25,000 to rollout a strategic project in their school, $10,000 towards professional development and a group study tour to high performing schools.

Then in April – and to complement the bank’s 20 year partnership with women’s cricket – CBA announced its partnership with Football Australia which saw it become the proud naming partner and bank of the Matildas, making Commbank the largest supporter of women’s sport in the country.

In announcing the partnership, CBA CEO Matt Comyn, said: “Women’s football and women’s cricket are showing young Australian women they can achieve great things on the world stage. We look forward to working with Football Australia to ensure every girl and boy playing in a community club with a goal to play at an elite level has the same access and support to achieve their dream.”

In May this year, over 6000 CBA staff walked, ran or rode more than 300,000 kilometres as part of Can4Cancer. A record $3.04 million was raised to support researchers, surgeons and clinicians who dedicate their lives to finding a cure for cancer.

In addition to the money raised for Can4Cancer, the CommBank Staff Foundation joined forces with customers across Australia to support Smile Day, raising over $180,000 for the Clown Doctors in June 2021. According to the Clown Doctors, the Foundation’s donation will help six extra Clown Doctors to administer doses of ‘fun and laughter’ to an additional 30,000 sick children.

Amidst all of this activity, the COVID-19 health pandemic continued to play an ever present role in the lives of Australians. In a bid to support customers through the pandemic, Commonwealth Bank offered a number of various support measures, including home and business loan deferrals, select fee waivers, as well as a freeze on forced home sales.

For more information on how Commonwealth Bank has supported communities through FY21, read the 2021 Annual Report here.