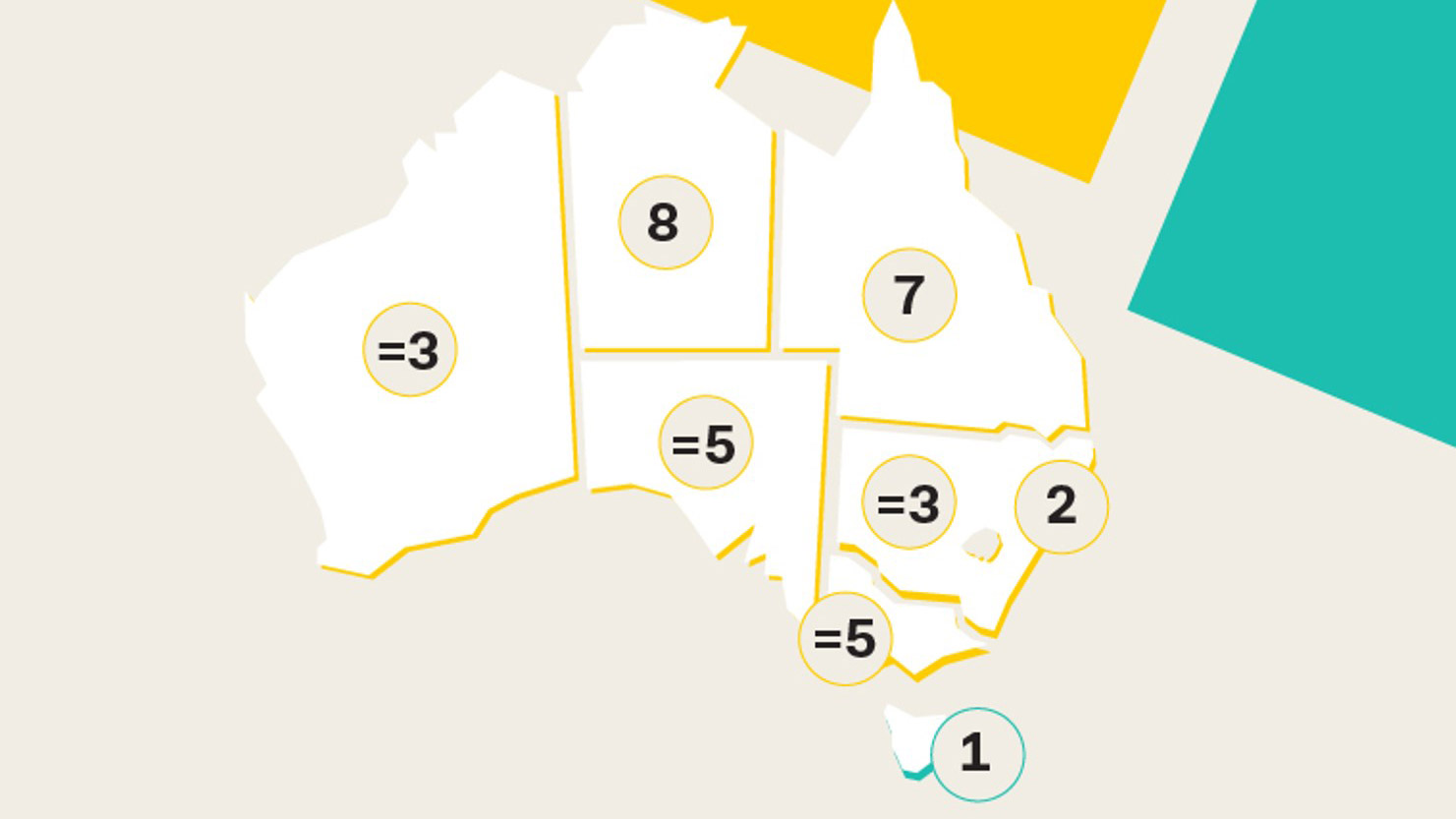 CommSec State of the States: Tasmanian economy still No.1

New CommSec economic data indicates Tasmania is out-performing, while there is little to separate other state economies.

Tasmania continues to lead the rankings in the latest CommSec State of the States report, while there is little to separate the economies of the other states and territories.

The CommSec State of the States report is now in its 13th year and uses the latest available information to provide a valuable economic snapshot of how Australia’s state and territory economies are navigating the COVID-19 pandemic.

For the seventh quarter in a row, Tasmania holds the mantle of the best performing economy. It leads on four of the eight indicators (construction, retail spending, relative unemployment and dwelling starts) and ranked second on another three indicators (equipment investment, relative economic growth and relative population growth).

However, there is little to separate the other states and territory economies. The ACT is second; Western Australia and NSW are equal third; South Australia and Victoria are equal fifth; Queensland is seventh; and the Northern Territory is eighth.

CommSec Chief Economist, Craig James, said: “Overall, Australia’s state and territory economies are in strong shape, well supported by significant fiscal and monetary stimulus. Unemployment rates are historically-low across much of the nation – remarkable when you consider the COVID-19 challenges and when the broader Australian economy was in recession just over a year ago.

“Tasmania remains in top position in the economic performance rankings. Tasmania leads the nation on four of the eight indicators assessed. As we noted last quarter, Tasmania is unlikely to face any challenge to its dominance on the key economic indicators until mid-2022 at the earliest.

“Identifying the economy to challenge Tasmania for top position is not easy. Much will depend on vaccination rates, and reopening of state and foreign borders. But stimulus applied by state and territory governments will be important.”

“Queensland would be a key beneficiary of the opening of borders with inter-state and overseas tourism driving spending and employment. Queensland and Northern Territory will be supported by population growth and higher commodity prices.”

The State of the States report uses the most recent economic data available, however while some data relates to the June quarter, other data – such as unemployment – is timelier, covering the month of September.