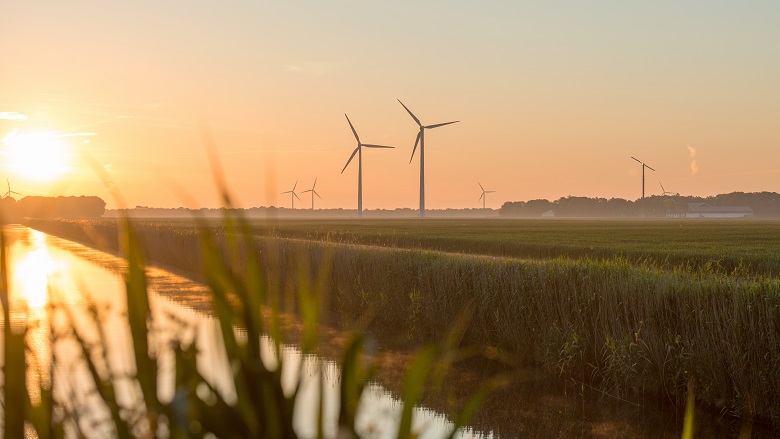 More than 70 per cent of Aussies wish to lead an environmentally friendly life, while 55 per cent acknowledge renewable energy sources are critically important, new research has revealed.

New research from Commonwealth Bank has revealed Australians want to live a more sustainable life but are hesitant about taking action despite it being easier than ever to do so.

The research found the majority of Australians (55 per cent) acknowledge using renewable energy sources is important and 70 per cent consider it important to lead an environmentally friendly life, but only 8 per cent have changed to a green energy provider.

Commonwealth Bank’s Angus Sullivan said the research shows there is a clear opportunity to educate customers about the environmental and cost benefits of switching to renewable energy.

“We have a massive opportunity through our partnership with energy provider Amber and the CommBank Green Loan to raise awareness about the benefits of clean sources of energy and inspire action among our millions of retail customers.

“Using a CommBank Green Loan, customers can purchase and install clean energy products and with an Amber subscription, monitor when it’s cheaper to use energy to reduce their costs even further. For some customers, this means they are paying next to nothing each month for energy.”

The research also revealed there was a general lack of engagement among Australians with their energy provider. Almost three quarters (73 per cent) say they are unaware of exactly how much they pay for electricity, despite the research finding price is the primary driver for choosing a specific retailer. Furthermore, only 11 per cent are confident that their energy provider uses renewable energy sources.

More interestingly, 15 per cent admit they don’t even know the name of their current provider. Younger Australians are even less likely to know who their energy provider is, with 30 per cent of those aged 18-29 admitting they don’t know, in comparison to just 5 per cent of Australians aged 50-70.

Aussies want their energy provider to do more

Aussies want their energy provider to do more when it comes to price, with 70 per cent of Australians wishing their energy provider was more transparent with costs and pricing plans. Consumers want to know when it is cheaper to run their appliances, with almost 70 per cent of respondents saying they’d adjust their routine if it meant saving money.

COVID-19 has also made us more energy conscious, with 2 in 5 Australians (42 per cent) saying that since working from home they’ve become more aware of their energy consumption, and 37 per cent saying they’ve changed when they use appliances to save money.

CommBank’s partnership with Amber enables customers to pay a small subscription fee which allows them to buy power at the wholesale energy price, so they can benefit from using power when cheaper wind and solar power are available in the grid.

Amber Co-Founder and Co-CEO, Dan Adams, had the idea of Amber to help Australia transition to 100 per cent renewable energy more rapidly and save Australians money whilst doing so. “Amber was founded to help Australians to access the benefits of renewable power. Over the last two years, we have seen a groundswell of support from people wanting to shift their energy usage to use more renewables and lower their carbon footprint. By load shifting to use energy when there are lots of renewables in the grid, we’ve seen Amber customers save hundreds per year.”

So what are the barriers to switching? A third of respondents (34 per cent) say they’re with their current provider because they inherited them or because all providers are the same. Almost 1 in 5 Australians (18 per cent) think there’s no point switching, believing all energy providers charge the same price, or are the same.

Some Australians just need a bit of help, with 36 per cent thinking it’s too confusing trying to decipher which provider would be best for their needs, or that it’s not easy to make the switch. Of those who have recently switched providers however, 81 per cent said the process was easy.

Angus Sullivan concluded: “In early 2022, Amber will be integrated into the CommBank app and this will allow customers to see real-time wholesale energy prices, their energy usage and percentage renewables. We’re also making it cheaper for CBA customers with special discounts available, and soon eligible home loan customers will be able to access an Amber subscription for up to 12 months at no cost.”

Customers can find out more about our partnership with Amber on CommBank’s Sustainability Hub.

Fieldwork was conducted between 17th – 23rd September 2021, amongst a sample of  n=1,000 nationally representative respondents with quotas set on age, gender and location.