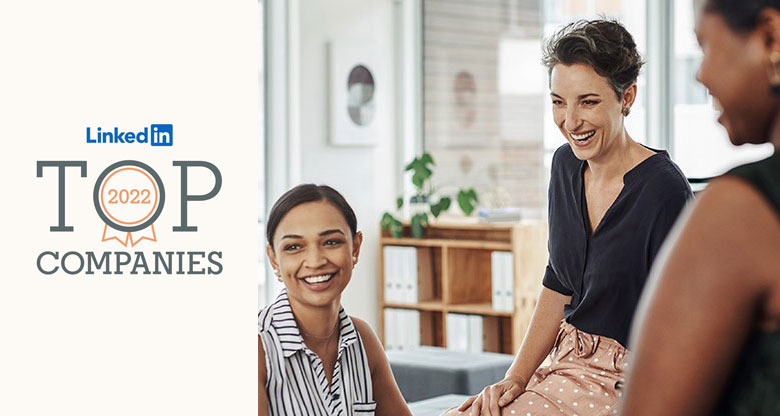 With LinkedIn having named CommBank as number one in its annual Top 25 companies for career progression, Sian Lewis explains the importance of professional communities in helping to build a brighter future for the Group’s 48,000-strong workforce.

Social media and advocacy networks such as LinkedIn are playing an increasingly important role in attracting, recruiting and retaining people in a highly competitive world for employees, says Sian Lewis, Commonwealth Bank of Australia’s Group Executive for Human Resources.

Being able to leverage these internal and external connections forged between existing employees, potential recruits and professional links outside of an organisation has expanded the pool of available talent nationally and internationally, she states. Speaking after LinkedIn named CBA as its number one organisation in its annual Top Companies List – ranking the leading 25 workplaces in Australia to grow a person’s career – Ms Lewis says the world of work, and that of recruitment, has changed significantly over the past three decades.

While personal connections have always played a role in helping to recruit new people, social and corporate media networks like LinkedIn have increased the reach of companies to connect with potential employees around the world, not just within Australia.

In particular they can help people internally and externally to get a greater understanding and appreciation of what a company stands for, what its purpose is and why its values matter so much, she says.

This applies just as much to building a company’s own internal pools of talents that focus on career progression as it does when competing with other companies for highly-sought after employees in fields such as data analytics and technology engineers.

“There is an aspect of using social channels to make sure people understand the opportunities that exist here,” says Ms Lewis.  “It’s less about ‘I’m interested in the job’ and more about ‘I understand the organisation and what it stands for’ which I see as a key entry point. Once people are in, they see the opportunities, and they stay. Recruiting and selecting is only the beginning of the journey.”

This goes well beyond what a specific job may offer from a contractual perspective. Not only is it about what a company stands for and how it goes about its business but, equally, the focus it places on career development, the care it shows for an individual employee’s wellbeing and the role it plays in its communities and, more broadly, society as a whole.

This is best summed up as the “advocacy effect” and which has been encapsulated by CBA’s recently launched “People Promise”.

A key plank of the Group’s purpose of building a brighter future for all, the “People Promise” was born out of the experience of the past two years and in particular how the COVID-19 pandemic has helped re-shape CBA’s support for customers and its people.

The “People Promise” is aimed at creating a common understanding across the Group of what people can expect from a career at CommBank and what the company expects from them in return.

Sharing that knowledge and those experiences through internal and external networks like LinkedIn is one key way of putting the promise into action, says Ms Lewis.

“We asked our people why they want to work here and how can we deliver against that to make our workplace as good as we possibly could.

“The answer firstly was doing work that matters – for the nation, as we come through a difficult time; the work we have done on domestic and financial abuse, all of those are evidence that the work you do here has real impact.

“Secondly, we often hear people say they work with so many constructive and bright people who really want to do great things. So our ability to unleash your potential is not just developing via training, but you learn a lot from working with other great people. That’s really how we deliver on our promise to unleash potential.

“And thirdly, being able to offer career growth opportunities in an organisation of our scale. We are a large company operating in different sectors requiring a wide variety of skills and abilities and therefore are able to offer different careers which you wouldn’t normally associate with a bank.”

Continually communicating that to CBA’s global workforce of 48,000 and to people across Australia and internationally is critical to the Group’s employee recruitment and retention strategy, hence the focus on the “advocacy effect” and amplifying that through LinkedIn, for example.

“What we need to remember is that LinkedIn is not just a channel, it’s a network,” says Ms Lewis. “Many employees are referred by other employees - that’s the internal network effect. Reaching out on LinkedIn is the external networking affect.

“As opposed to the networks of old, today our networks are national and international. That’s very powerful in us being able to attract talent to Australia as well as maximising the talent locally.”