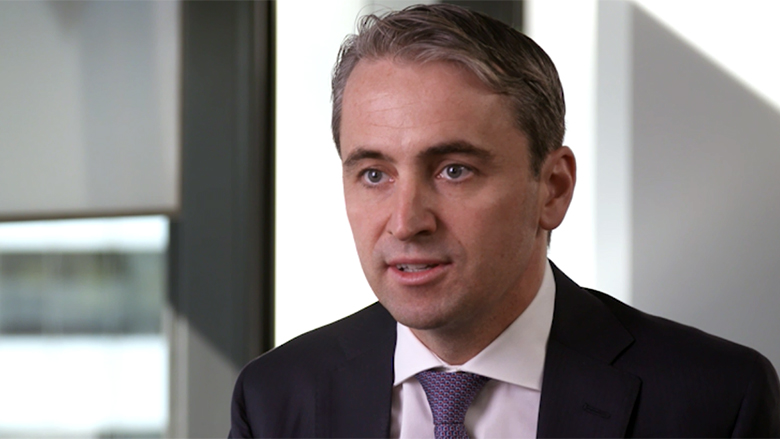 The following is a transcript of a video interview by Matt Comyn, Chief Executive Officer of Commonwealth Bank of Australia, with Juliana Roadley, regarding the bank’s FY18 results. The video interview can be found at CBA's full-year results page.

Juliana ROADLEY: Good morning Matt, and welcome to CBA Newsroom on the morning of the Annual Result for 2018.

Matt COMYN: Thanks very much Juliana.

Juliana ROADLEY: This is your first result as Chief Executive. It has been a challenging 12 months, but looking at the underlying business, it seems to have performed well. What are you the most pleased about in this result?

Matt COMYN: It has been a difficult 12 months, and I wanted to start by thanking all of our people right throughout the business who have worked incredibly hard in challenging circumstances to deliver a result of $9.2 billion, which at a headline level is down 4.8%, although there has been a number of one-off items that have impacted the result, including a couple of large penalties that we have resolved. If you strip some of those out, actually the result looks more from an underlying perspective up 3.7%. I think given the context of what we have had to operate in, it really does show the resilience of our core franchise. And it is a combination of both that, as well as our outlook on our capital position, which has enabled us to declare a full final year dividend of $4.31, up two cents.

Juliana ROADLEY: Now there are several moving parts in this result, including one-off items and the effect of the discontinued businesses. Can you step us through those major items?

Matt COMYN: Yeah sure. Since coming into the role over the last four months there have been a number of things I have been focused on. Of course in particular, trying to resolve some of those major regulatory issues. So included in those one-offs is the $700 million penalty to AUSTRAC, settling the ASIC BBSW matter, and also we have made some really clear strategic choices about businesses. We have already called out previously the sale of our life insurance business in both Australia and New Zealand. We announced the demerger of our Wealth and Mortgage Broking operations, and this morning we have also announced that we will be exiting South Africa. That is really going to enable us to focus on our core banking businesses in Australia and New Zealand, and becoming a simpler, better bank.

Juliana ROADLEY: You also called out one-off regulatory costs of $155 million, much of which is related to the APRA inquiry, and also the Royal Commission. This has had a big impact on Commonwealth Bank’s reputation. How do you plan on turning this around?

Matt COMYN: As you said, within that $155 million there are a number of those related to both some of the legal matters that I mentioned, as well as some one-off costs, at the moment relating to the Royal Commission. Most importantly we just have to recognise we have not done a good enough job for our customers. We got some things wrong. We have made mistakes. We absolutely need to make sure we do not make them again. And a big part of my job of course is making sure we are a simpler and better bank for our customers, working closely with any customers who have not had a good experience, but most importantly making sure that those sorts of issues do not recur. Ultimately it is going to be something that our customers need to decide, and I am very comfortable, and feel very accountable, for ensuring that we deliver great experience and outcomes for our customers over the long term.

Juliana ROADLEY: Retail Banking Services accounts for over half of the Group’s profit. There was slightly below system growth in home loans, in household deposits, and margins came under pressure in the second half. Can you talk us through the Retail Bank’s result?

Matt COMYN: Well, the result overall, the cash profit was up 5% for the year, which is a combination of 4% income growth and 2% expense growth. The stand-out highlight from the Retail Bank was the strong performance of new transaction accounts, up almost 5% for the year, which really highlights the strength of the overall franchise. As you mentioned, we have been prepared to make some choices from both a risk and pricing perspective, which has seen us grow below system in Home Lending.  We will continue to make the right choices from volume and margin as we think about our Home Lending business. But overall the core franchise of the Retail Bank has continued to perform well.

The margins that you mentioned; we have seen some compression in margins, particularly half on half. That has really been a function of higher funding costs, and that has compressed some of our margins. Going forward, we continue to see obviously a big focus on this business, and making sure that we are doing a great job serving our customers.

Juliana ROADLEY: Today you have outlined your strategy. What are the key drivers?

Matt COMYN: The strategy first and foremost is really grounded in understanding from our perspective where our real competitive advantage and strengths lie. It is also very cognisant both of where the majority of our profits and organic capital is generated. And then of course we did consider the broader context, and when we take into account both a combination of our competitive advantage, as well as what we believe the context will be going forward, that has enabled us to really focus as I said on our core banking operations in Australia and New Zealand, with a real desire to make sure we are a simpler and better bank for our customers.

Juliana ROADLEY: One of your priorities is digital, and Commonwealth Bank is already seen as a leader in the digital space. What does a more digital future look like?

Matt COMYN: We are fortunate at the moment we have more than 6.5 million Australians who are using our digital applications - our mobile app, Netbank, we have more than five million people logging in every day. So we have never had more engagement with our customers. Into the future that is going to be even more important as more of our customers are using our digital channels. But it is also really important to recognise that the strength of our branch network, more than 1000 branches around the country, are going to continue to remain very relevant and very important to our customers, as well as all of our contact centre staff, which are uniquely based in Australia, serving our customers. It is going to be that combination of both the best digital experience in Australia, combined with leading customer experience across all of our face-to-face and assisted channels.

Juliana ROADLEY: And finally, what is your view on the economic outlook?

Matt COMYN: Overall we remain very optimistic about the long term prospects of Australia. We are seeing GDP growth above trend. We have seen a continuing fall in unemployment. Inflation remains low. You look to the long term prospects and of course there have been some big shifts in the economy over recent years, but we are seeing investments in infrastructure, we see good potential from just population growth, and of course some of our Asian neighbours which will continue to drive a good focus on growth in the local Australian economy. And of course an Australia that performs well is good for the Commonwealth Bank.

Juliana ROADLEY: Thanks very much for talking to CBA Newsroom Matt.

Matt COMYN: Thanks very much Juliana.

Juliana Roadley is Senior Manager of Media and Content for CommSec.