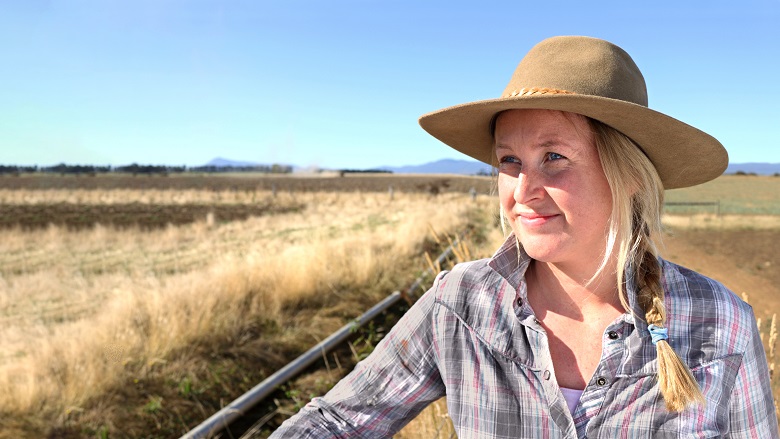 Today, on National Agriculture Day, Commonwealth Bank has launched the 2019 Christmas Drought Appeal with a $1 million donation to help support farmers and communities across the country who have been devastated by recent and unrelenting droughts.

Every dollar of the CommBank Christmas Drought Appeal will directly support Rural Aid and the Australian Red Cross and the vital work they are doing to support Aussie farmers and communities impacted by drought and other disasters.

Matt Comyn, Commonwealth Bank CEO, said: “The continuing drought is hurting families, businesses and communities. Support for drought affected regions is a priority for CBA. Our farmers and our rural and regional businesses and communities deserve our support in good times, but especially when times are tough. And times don’t get much tougher than they are right now.

“Every dollar of the CommBank Christmas Drought Appeal will directly support Rural Aid and the Australian Red Cross, contributing to the vital work they do to support those impacted by the drought. This will include a range of support programs, such as feed for livestock, and every day expenses, such as school fees and other support services.

“Thanks to the generous donations of our customers and the broader community, we raised close to eight million dollars last year. I’ve spoken to many of our drought affected customers and have heard that every little bit helps. Through supporting this appeal let’s show our farmers that we are thinking of them this Christmas,” said Mr Comyn.

CBA will also invest an additional $500,000 to support the recruitment of a team of retired banking staff to support the NSW Rural Financial Counselling Services, that help farmers get the support they need.

Grant Cairns, Executive General Manager for Regional and Agribusiness Banking at Commonwealth Bank, said: “Our new program to fund former bank officers to help with rural financial counselling will help farmers, businesses and communities get access to free financial counselling - support that is much need during this challenging time.”

CBA has also launched an online ‘Drought Support Hub’, that brings together all of the bank’s support packages and resources under one portal, and directs customers to the many benefits and support packages available from government and external services. We have already contacted more than 250,000 customers in drought affected areas by sending messages through the CommBank app, and Netbank, and via phone calls, emails, and in branch to help people find and use the Hub..

“We are doing more to help  people affected by drought and we encourage all our customers to support this Appeal. Any donation no matter how small, will make a difference to our farmers, and our regional and rural communities this Christmas,” Mr Cairns concluded.

It supports and empowers people and communities in times of vulnerability to reduce suffering, by mobilising a network of volunteers.

To find out more about the CommBank Christmas Drought Appeal, go to: http://www.commbank.com.au/drought.