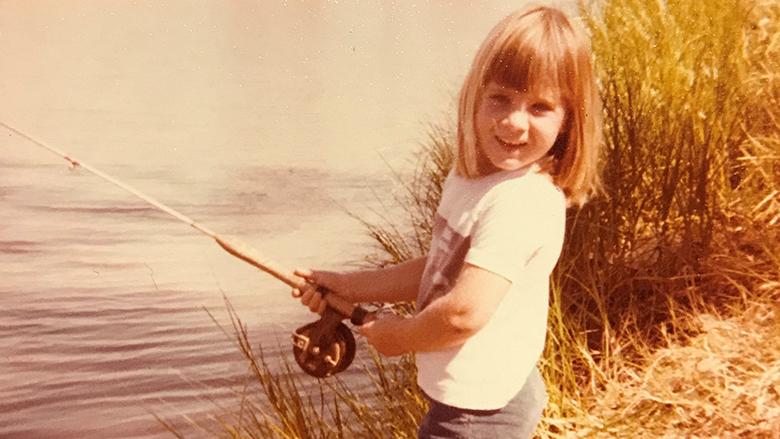 Things are changing in rural Australia, but being brought up in the country can still be a real advantage, says Margot Faraci.

Being an ambitious kid in Swan Hill came with a weight of expectation, Margot Faraci says. No one from her high school had ever gone on to study law.

Even she wasn’t sure she could do it, but her Year 12 chemistry teacher, Mrs Ada, set her straight.

"I told her in Year 12 that I wanted to do law, but I didn’t think I’d get the marks. She became very angry with me and told me that if I thought that way, I’d never get anywhere, and that I was never to say anything like that again!"

Fulfilling a dream she’d had since she was 10, Margot went on and did law at ANU. But she found being a public school kid from the country meant she was an outlier.

It was even harder, then, to turn her back on the career she’d dreamed of after just three years.

"I got five minutes into it and decided that I hated it," she says.

But Margot says she only got the courage to face that decision because her mum back in Swan Hill had been diagnosed with pancreatic cancer.

"I dropped everything and moved back to Swan Hill for a few months to look after her," she says.

Now a general manager in Commonwealth Bank’s Regional and Agribusiness Banking business, Margot says she's been in and around businesses since she was five, thanks to her enterprising parents.

"I was in business with them, because the business was literally a purpose built-building in the backyard when it started. I was licking stamps and answering the phone."

Margot says her mum was always her biggest supporter. "She was my biggest cheerleader. She had a very different life to mine, but she always believed in possibility. Nothing was too outlandish or crazy, and I think if I said to her that I wanted to fly to the moon, she wouldn’t hold me back. She’d just say 'Well, we need to find you a rocket'."

"Who knows whether my grandfather wanted to be the provider? No one asked him. Who knows whether he regretted not having more time with his children? He didn’t have a choice. There just wouldn’t have been that conversation."

So International Women’s Day can’t just be about women, she says. It has to be about blokes too. It means celebrating the people who came before us "who linked arms – men and women together – to improve society.

"There are many challenges, but the big opportunity is for men and women to link arms together and go up together.

Country life still has plenty of challenges, including the isolation of country living and the prevalence of mental health issues in rural communities. But Margot says she grew up knowing that local business leaders like bank managers had an important role to play in the life of a country community.

She says being a country banker and a leader in regional business is "a different proposition to being in the city. Business leaders in rural and regional areas are 'true community leaders'," she says.

"And so you can have a massive impact, being a bank, in regional Australia. Being a community leader, you can pull so many levers to drive economic prosperity and create jobs. I get very excited about that."

Margot has now spent almost half of her life living in Sydney, but that's only highlighted how much things have changed in the country, for both men and women, she says.

"I am absolutely amazed at the number of women in public leadership roles and the number of men who are taking care of the kids. It’s amazing - I can’t believe the change that’s happened in just one generation.

"There’s still a lot of traditional ways of doing things, and that’s cool too. But we’ve got more choices now: your destiny doesn’t have to be determined by your gender.  I didn’t see any women in public leadership roles when I was a kid – ever."

Another thing that has changed is the big city attitudes to a kid from the country. "If I had a dollar for everyone who’s told me 'you're a breath of fresh air!'," Margot says.

"But really, what they’re referring to is that it’s obvious that I was raised in the country. We’ve just got a different way of doing things, and so now I see that as a strength."

Sticking with it and being true to yourself are the key to success in the long run, she says.

"It's really easy to feel like you don’t belong.

"I’m absolutely sure that I missed out on opportunities because I didn’t have the same background as other candidates. But, ultimately, I’ve decided to embrace my point of difference and I now think it’s a massive strength."

The kid who ran around Swan Hill dreaming of being a lawyer is still very much with us, Margot says.

Good people are worth the wait