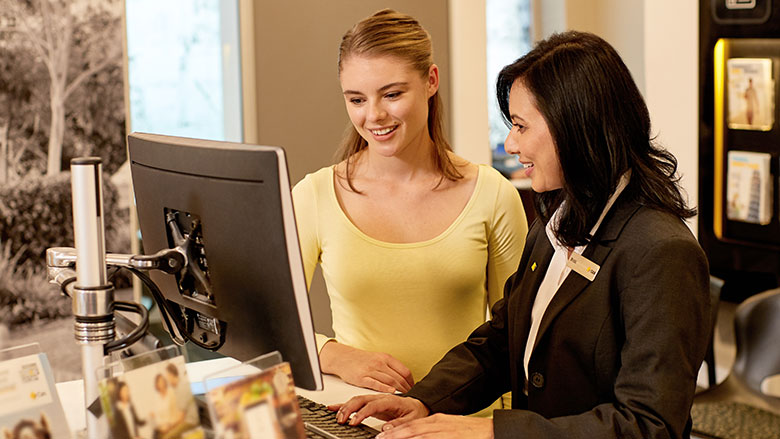 Commonwealth Bank has delivered a solid profit result for the first half of the 2020 financial year by building on the core strength of its retail and business franchises, underpinned by its leadership in digital banking.

Matt Comyn, CBA’s Chief Executive Officer, said the result was a reflection of the strength of the group’s core banking businesses, in particular position its support for customers in both the home lending and business banking markets.

“Our focus on strong execution in the Bank’s core franchise has delivered a solid result,” said Mr Comyn. “In an environment characterised by low interest rates and relatively low credit growth, our banking businesses performed well, leading to strong volume growth in home lending and deposits.”

Operating income of $12.4 billion for the half was flat versus the prior comparative period, with volume growth in the core business offset by bushfire related insurance claims and customer fee removals. The group’s net interest margin was up one basis point at 2.11%, with the negative impact of reductions in the official cash rate offset by lower basis risk.

Operating expenses rose 2.6% to $5.43 billion as a result of wage inflation and higher IT, risk and compliance costs.

At the statutory net profit after tax level, the group unveiled a 34% increase to $6.16 billion, driven by the $1.69 billion gain from the sale of its global asset management business, Colonial First State Global Asset Management (CFSGAM), which was completed in August 2019.

Those proceeds, plus the initial payment for CommInsure and the generation of organic capital has helped increase CBA’s Common Equity Tier 1 Level 2 capital ratio to 11.7%, well above the banking regulator APRA’s stated “unquestionably strong” level for Australia’s major banks of 10.5%.

CBA’s performance during the half year saw the Board declare an interim dividend of $2.00 per share. That will be 79% of cash net profit after tax returned to shareholders. The interim dividend will be paid on 31 March 2020. The surplus capital and the Group’s franking credit position creates flexibility for future capital management initiatives.

The group also remains strongly underpinned by deposit funding with continued customer deposit growth raising the proportion of total deposit funding from 69% to 71% on the prior comparative period.

“We have also been supporting customers and communities impacted by bushfires and drought and will continue to do whatever we can help them recover and rebuild,” said Mr Comyn.

Asset quality overall remained sound with a loan impairment expense of $649 million. Troublesome and impaired assets were stable at $7.8bn over the half.

Lower consumer arrears and improved property market conditions led to improvements in the consumer portfolios of homes loans, credit cards and personal loans but pockets of stress remain in the discretionary retail, agriculture and construction sectors.

As a simpler bank, CBA was well down the path of its divestment approach as underlined by the completion of the sale of CFSGAM, supported by increased cost savings and the core banking franchise delivering 97% of cash net profit.

Additionally, the better bank program had seen $630 million returned to customers through remediation and compensation, 62% of milestones submitted to APRA on the Remedial Action Plan and the implementation of 23 recommendations from the Royal Commission is underway.

CBA’s “Best in Digital” approach saw the mobile banking app, now used by 5.9 million customers, retain its lead as the number one banking app in Australia. The group has just launched new digital innovations for customers including its partnership with Klarna, the online shopping service, and X15 Ventures which will bring 25 new customer-focused businesses to market over the next five years.

As for the immediate outlook, Mr Comyn said the Australian economy continued to be underpinned by good long-term fundamentals.  “Our population continues to grow, we have a strong trade and fiscal position, and a solid pipeline of infrastructure investment provides ongoing stimulus,” he said.

“Recent improvements in key indicators also demonstrate the economy’s resilience, including growth in employment and the rebound in housing.  Uncertainties remain about the global economic outlook, and we are mindful of the impacts of drought and bushfires.

“Against this backdrop, we are focused on investing in our core businesses and on continued execution. We have both the capacity and the appetite to lend more to support our customers and the economy. We will also continue to invest in innovation and growth to create new opportunities for our business and to deliver the best experiences for our customers.”