The latest data from the Commonwealth Bank Household Spending Intentions series shows spending patterns across key sectors of the economy largely tracked sideways in September, with CBA Chief Economist Stephen Halmarick saying some improvement could be expected over the remainder of 2020 and into 2021 given the extent of the fiscal and monetary policy support being applied to the economy.

“Both home buying and motor vehicle spending intentions softened a little during September, while those for retail, travel, health & fitness, entertainment and education tracked sideways.”

Spending intentions were mixed across different categories within the HSI measures (see table and graphs below) and Mr Halmarick says an uneven recovery is now underway in the economy.

“Notwithstanding the developments in September, spending intentions should be supported by the easing of COVID-19 restrictions in the months ahead and the significant fiscal policy stimulus detailed in the 2020/21 Commonwealth Budget that will support household income and employment, as well as business cash flow and investment”.

The HSI series offers a forward-looking view by analysing actual customer behaviour from CBA’s transactions data, along with household search activity from Google Trends. This combination adds to insights on prospective household spending trends in the Australian economy. 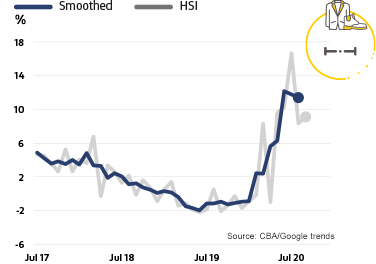 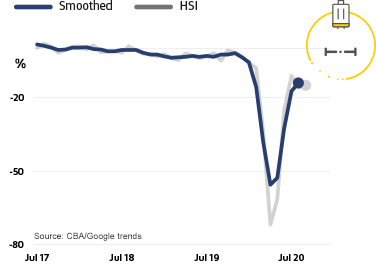 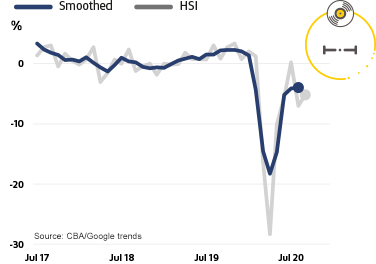 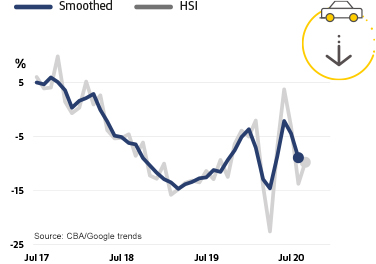 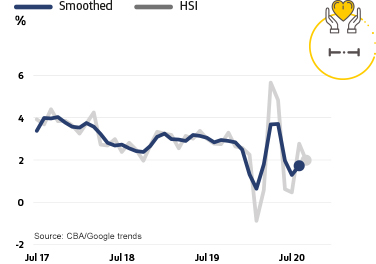