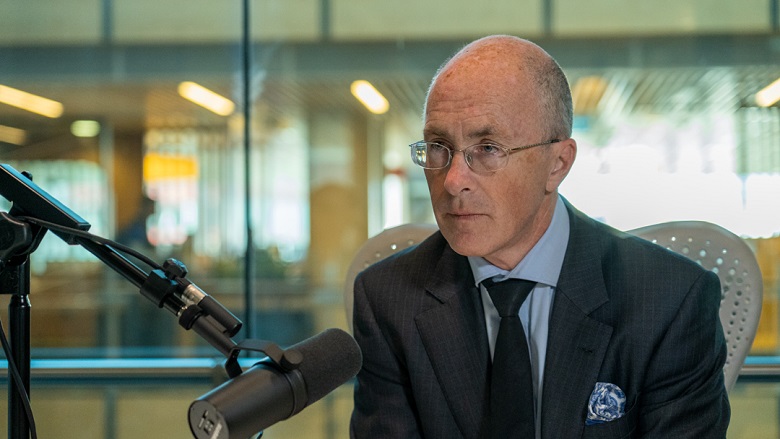 CommSec’s chief economist, Craig James, shares his reflections on the year that was.

Sharing his reflections on the year that was in a podcast with CBA Newsroom, Mr James said 2020 had been a year like no other.

“2020 was certainly like nothing we had ever seen before. You have to go back to the year 1918 or 1919 to see a similar situation. While 2020 certainly brought with it its own set of challenges, we are ending the year with a degree of optimism,” he said.

At the beginning of the year, Mr James said things were looking pretty positive for Australia. While the country faced some domestic challenges – including the devastating bushfires – the federal government seemed to be in a good fiscal position.

“As we moved further into January, we had some resolution from China regarding their trade dispute with the United States. We also had some resolution about Brexit. With those two things out of the way, things were actually looking very good. Then COVID hit and the world changed in a very short period of time,” he said.

The Australian share market took a hit in February and March 2020 as a direct result of the COVID-19 crisis.

“We had a 22-day period where the Australian share market lost 37 per cent. If you look at the Australian dollar, in January it was approximately US68 cents – US69 cents. By late February early March, it got down to as low as US57.6 cents – a dramatic impact in terms of the risk appetite,” Mr James said.

According to Mr James, investors were fearful as they hadn’t seen anything like COVID-19 before. But as the year progressed, it seemed the pessimistic predictions had been overly and unnecessarily dire.

“Domestically, we had the expectation that the unemployment rate would soar well over 10 per cent and we would see a very significant recession,” he said.

“It’s a credit to our federal government, state governments, territory government, the Reserve Bank and even to banks generally – we basically threw everything bar the kitchen sink in terms of providing stimulus. Now, as we reach the end of the year, we realise our first predictions were overly dire and things are actually looking a little bit more optimistic as we go into 2021.”

Listen to the full podcast with Craig James below.