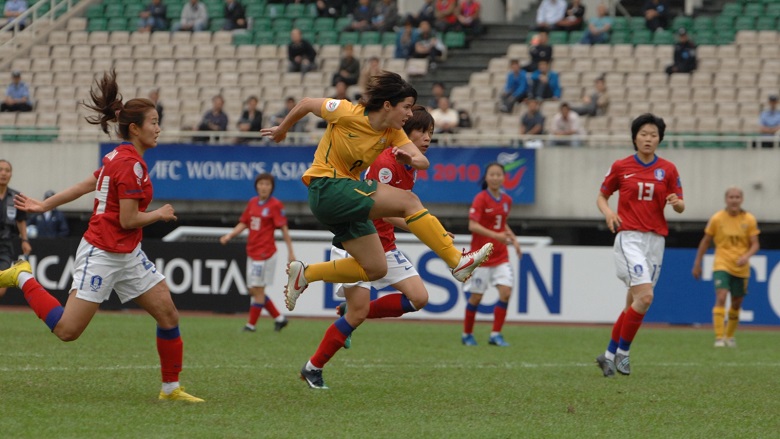 Kicking goals from the elite level to the grassroots

CBA and Football Australia have signed a dynamic new partnership to develop the national women’s game at all levels - using the 2023 Women’s World Cup, to be hosted in Australia and New Zealand, as the platform for that campaign.

If any Australian fully appreciates the value and impact of what hosting the FIFA Women’s World Cup can do for the nation then it’s Sarah Walsh.

And Walsh should know. Since hanging up the boots on her professional career in 2012, the former Matilda has used the experience and knowledge she gained from playing across the globe to grow the women’s game in this country.

Prior to winning the right to host the 2023 World Cup through a joint bid by Australia and New Zealand, Walsh and her team at Football Australia kicked off a detailed plan to expand participation at all levels of the sport by an additional 400,000 women and girl players within four years of the tournament’s end.

It’s a highly ambitious target, including an additional one to lift gender participation of football as a whole to 50:50, matching the popularity of men and boys’ competitions.

But Walsh, who made 70 ‘A’ internationals, and scoring 32 goals between 2004 and 2012, is excited by the prospect and the opportunities that will be afforded, not only by the World Cup itself but also the involvement of the Commonwealth Bank as the new principal sponsor of the Matildas and the emerging, junior and young national squads.

These are opportunities that come along rarely at the same time and Football Australia’s Head of Women’s Football, one of the most senior representatives of the sport at national level, is keen to ensure that the legacy of the prized global competition is maintained in the years to come.

Walsh is focused on ensuing that the gains flow from the top to the base, as she puts it, with the benefits shared between the elite players – who are now fully professional and able to earn a decent living from the game compared to when she first donned a Matildas shirt – and those who play it at the grassroots.

This is where the partnership with CBA is likely to have its greatest impact with the bank now committed to an initial four year investment, which if it ends up mirroring what has been achieved with Commbank’s support for the Australian women’s cricket team over the last two decades, could result in real long-term benefits.

Given the shared values and aims of the two organisations to involve more women and girls in their respective different industries, Walsh is enthused by a tie-up that takes the ability to achieve Football Australia’s goals on participation to the next level.

As well as encouraging the next generations of the Matildas who will follow in the boots of the current crop of star players, such as Sam Kerr, now playing for Chelsea in the Women’s Super League, it is about supporting those who turn out for a just few hours of weekend fun and those who look to progress further through the different levels.

“We have a bold legacy plan that is linked to the Women’s World Cup and we want more women and girls playing at a grassroots level,” Walsh told CBA Newsroom in an exclusive interview as the deal was unveiled.

“But we also want more professional opportunities for our elite players and the partnership, particularly [CBA’s] naming rights partnership for our national women’s teams, is one of the things I’m very excited about because visibility and opportunity at the top will be very important for us increasing and retaining the players we have at the base.” 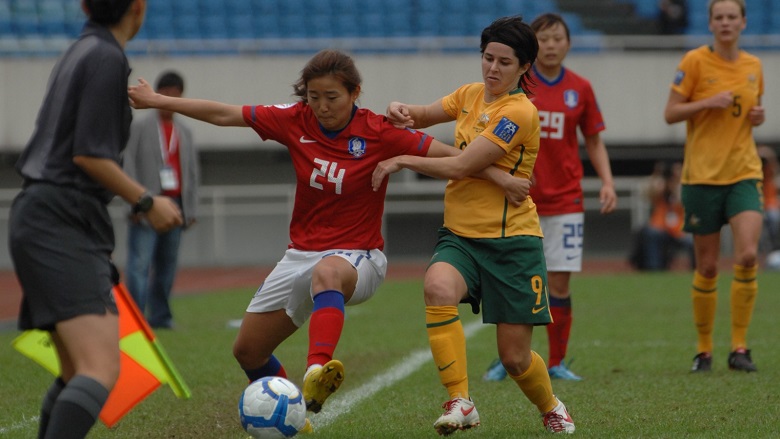 Now a member of Football Australia’s Executive Leadership Team, having started out as the women’s game development manager after playing stints with Sydney FC and Western Sydney Wanderers and teams in the US, Walsh is confident the partnership will help the organisation deliver on its bold 2027 targets given what the sport has witnessed since 2017-18.

While there has been growth year-on-year over the last two decades, the expanding numbers over the last three to four years have outstripped those experienced in the previous 15 as a whole.

Walsh is the ideal observer and beneficiary of that trend since it dovetails in neatly with her own career at professional level. She made her Matildas’ debut in 2004 in an international spell that saw her play at the Athens Olympics, the 2007 Women’s World Cup and two Women’s Asian Cups including Australia’s surprise win at the 2010 competition.

Her personal legacy is therefore very much bound up in the one that now dominates her professional life. While challenging, that doesn’t scare the diminutive former striker who had an impressive strike rate in front of goal when she was wearing the green and gold.

She sees it as her time to give back to a game which has provided her so many different and varied opportunities, from her own grassroots’ beginnings when she was good enough to play with boys up to the age of 14 and then broke through to represent her country at the highest level.

“I often talk about this with other former Matildas,” she says. “There’s this saying we have that you always want to leave the jersey in a better place than you found it and from the time that you are renting it you have a responsibility to improve it, improve the conditions which enable you to reach your potential as a player.

“To think when I look back at players that played before me who actually paid to play for their country I didn’t experience that, so when I look at Sam Kerr now I think about the Young Matildas who are going to have it even better than Sam and that excites me.

“CommBank is going to be a big part of that, accelerating the change with us. You are starting to see that shift in women’s sport more generally and it’s pretty exciting that football is that the forefront of that change.”