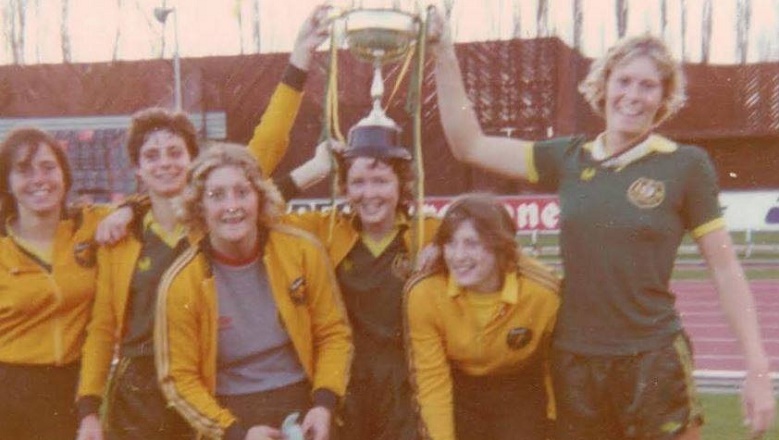 The life and growth of the Matildas

Australia’s football team, the Matildas, have certainly come a long way since their humble beginnings in the late 1970s.

Women’s football is not a ‘new’ sport in Australia, with female participation in the sport dating as far back as the 1920s. But, it wasn’t until the 1970s that the national team was established.

While female football has been an Australian sporting staple for many years, the popularity of the sport has accelerated over the past few years, thanks – in large– to the recent and continued success of the national team, the Matildas.

Today the Matildas are known and revered across the country. And, with world-class athletes like Sam Kerr donning the jersey, it is easy to see why.

At the end of 2019 – shortly before a global pandemic significantly changed the way we enjoy sport – the Matildas attracted the biggest crowd ever seen at a standalone women’s football match in Australia.

More than 20,000 Australians filed into the Bankwest Stadium located in the Sydney suburb of Parramatta.

40 years earlier however, the story was a little different.

In October 1979, 11 Australian women walked onto a football pitch in the Sydney suburb of Miranda, greeted their New Zealand opponents, and took part in the first international ‘A’ match for the Matildas.

The match was attended by a few curious spectators who took their seats on the splintery wooden benches that surrounded the grounds.

The ninety minute match received next to no media coverage, with a small clipping making its way into the Canberra Times several weeks after the match had been played.

Throughout the 80s, the Matildas played a limited number of major international competitions, which relegated women’s football to the sidelines in terms of national attention.

Indeed, it wasn’t until the 90s – when women’s football became a permanent Olympic event and the FIFA Women’s World Cup was launched – that national interest in the sport really started to grow.

National interest in women’s football has also been buoyed by the impressive success of the Matildas throughout the years.

While the team failed to qualify for the inaugural FIFA Women’s World Cup in China in 1991, since that time they have never missed a beat – successfully qualifying for every subsequent World Cup.

Better yet, if the statistics are anything to go by, it is clear the Matildas have continued to evolve and improve throughout the years.

Since then, the team has improved even further and taken on some of the world’s greatest teams (and won).

During their 2019 FIFA World Cup appearance, Australia made it to the round of 16 before being eventually defeated by Norway. But while they didn’t make the quarter finals that year, Matildas’ star player, Sam Kerr, made history when she became the first Australian to score a FIFA World Cup hat-trick in a thrilling 4-1 victory against Jamaica.

Just as the Australian Matildas have improved at every FIFA World Cup showing, the team has gone from strength to strength each time they have appeared at the Olympics.

The Matildas qualified for the Olympics in 2000 (as the host nation) and again in 2004, after beating out Papa New Guinea and Fiji at the Oceania qualifying tournament.

The team also successfully qualified for the 2020 Olympics, which was put on hold last year due to the global health pandemic.

When the Tokyo Olympics eventually commences in July this year, no doubt all eyes will be on the Matildas.

The success of the Matildas and the incredible athletic skills of the women who make up the team hasn’t been overlooked by Australia.

In recent years, the national female football team has become a much-loved and integral part of Australian sporting lexicon.

Following their FIFA Women’s World Cup 2019 campaign in France, the Matildas received an influx of celebrity and fan support across social media, an increase in viewership figures for their 2019 matches, and growth in 2023 bid supporter registrations.

In addition to gaining many more fans, it is fair to assume that the success of the Matildas has helped to increase female participation in the sport.

According to Football Australia’s 2019 National Participation Report, the number of females registered to play football grew 11 per cent between 2018 and 2019.

Today, females represent approximately 22 per cent of all football players across the country.

Looking ahead, the future seems bright for the Matildas. Led by the incredible Sam Kerr and supported by stars including Ellie Carpenter and Caitlin Foord, the Matildas certainly seem to be walking down the pathway to great international success.