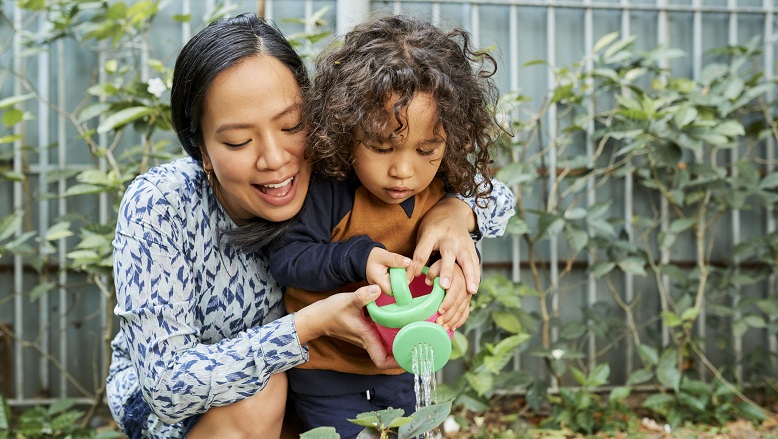 The financial wellbeing of Australians remains higher than it was before the pandemic hit, according to the latest Melbourne Institute and CBA report.

A report published by the Melbourne Institute: Applied Economic & Social Research and Commonwealth Bank today shows the financial wellbeing of Australians has declined slightly year-on-year, but remains elevated compared to two years ago – before the pandemic hit.

The continued high level of financial wellbeing is due partly to accumulated saving balances that remain elevated compared to pre-pandemic – with the median savings balance in December 2021 being 42 per cent higher than December 2019.

“These increased savings represent Australians hedging against uncertainties – uncertainties related to COVID-19, as well as rising inflation and returns on savings, both of which may make longer term impacts on people’s financial wellbeing,” Professor John de New from the Melbourne Institute said.

Speaking about the latest research, Professor de New said: “Based on the underlying data there have been high levels of financial wellbeing during the pandemic, with the latest research showing Australians are continuing to fare well overall.”

The research combines five major indicators of financial wellbeing to produce a single score, from zero (low) to 100 (high) calculated on 12 months of data. In December 2021, the average observed financial wellbeing score was 49.9 out of 100, down 0.8 points year-on-year; however this is still 2.4 points higher than two years ago.

“Despite the hardships of the pandemic, it is encouraging the research suggests the majority of Australians have better financial wellbeing than two years ago. A range of macro and micro economic factors, such as Government support, and the ability to access financial support, such as deferring loans and small businesses accessing reduced lending rates, can all help to explain this.”

Financial wellbeing remains improved across the distribution of financial wellbeing outcomes, including: ‘having trouble’, ‘just coping’, ‘getting by’ or ‘doing great’, in comparison to before the pandemic hit.

“When we look at the distribution of financial wellbeing there is a slight increase of people experiencing negative outcomes year-on-year, but compared to pre-pandemic we are seeing a positive change for the majority of Australians, with a large proportion better off. There are more people doing better and less people doing worse compared to before the pandemic started,” Professor de New said.

The latest data also highlights the median “inflows and income” for the year to December 2021, which increased by $1.6k compared to the prior year. This was outpaced by a $3.6k increase in the median “outflows and expenditure” for the same comparison period, partly reflecting the lower expenditure base given the response to the pandemic in 2020 and the rebound in consumption during 2021.

“The data shows Australians started to spend more towards the second half of the year – likely due to pent up demand from earlier lockdowns. While this contributed to the slight year-on-year decline in financial wellbeing, the increased spending speaks to the high consumer confidence reported at the end of last year,” Professor de New said.

Since the overall record peak in March 2021, financial wellbeing has been falling across all states and territories.

“This decline was halted and reversed in NSW and ACT from the middle of 2021, with financial wellbeing increasing in these two states and territories, despite the continued decline in all other states and territories. This is likely due to forced savings and precautionary savings directly related to the COVID-19 Delta variant outbreak, predominantly in NSW (and by geographical proximity, ACT) at this time,” Professor de New said.

In regards to the impact on generations, older cohorts continue to have higher levels of financial wellbeing than their younger counterparts. However, and potentially surprisingly, all generations appear to be impacted by the pandemic evenly.