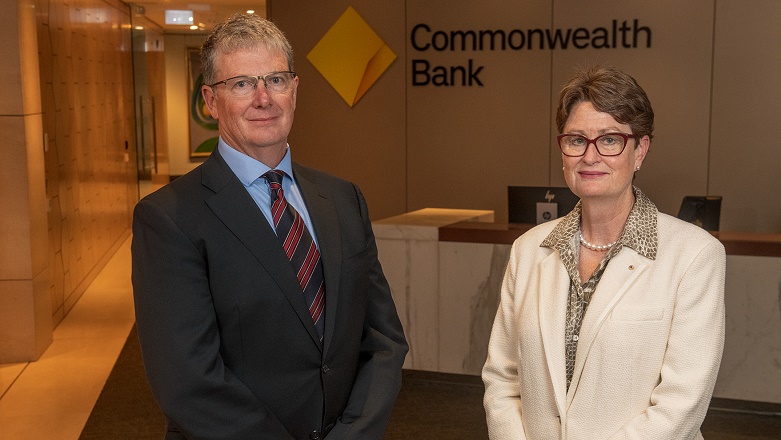 The Commonwealth Bank Board today announced Catherine Livingstone AO has decided to retire from the Board in August 2022 after the finalisation of the financial statements and accounts for this financial year.

The Board has elected current Non-Executive Director Paul O’Malley as Ms Livingstone’s successor as Chairman and he will assume his new position on 10 August 2022.

Ms Livingstone joined the CBA Board on 1 March 2016 as an independent Non-Executive Director and became Chair on 1 January 2017.

“I have been honoured to serve as CBA’s Chair through a time when the bank has addressed a number of complex challenges and in doing so, rebuilt its reputation as an organisation that seeks to deliver positive outcomes for its customers, people and shareholders,” Ms Livingstone said.

“During the coronavirus pandemic, CBA has demonstrated unequivocally that a strong, stable, well capitalised banking sector is vital to Australia’s economic and social wellbeing.

“It is a tribute to the efforts of CBA’s 48,000 people that they have been committed to transforming the organisation into a simpler and better bank clearly focused on its customers.

“The Group has made significant progress on this strategy which focused on CBA’s core banking businesses.  This has enabled the bank to build on that foundation and evolve its growth strategy to one of building tomorrow’s bank today – both for its customers and for the leadership role expected of it in supporting the transition of the Australian economy.

“It is therefore an appropriate time to hand over to the next Chair to lead this ambitious agenda and guide the bank through its next phase,” Ms Livingstone said.

Mr O’Malley has substantial board, executive leadership, financial and operational experience.  He is currently Chair of the CBA Board Remuneration Committee and has been a Board member since January 2019.

Mr O’Malley served as Managing Director and Chief Executive Officer of BlueScope Steel Ltd for 10 years until 2017, during which time he managed the company through the global financial crisis. Working alongside governments, the community, unions and employees he led a major multi-year restructuring and transformation of the business that helped reshape the company and the domestic steel industry.

Mr O’Malley said: “It is a privilege to be appointed Chair of the Commonwealth Bank. With the support of the Board, CEO and management team I am absolutely committed to helping CBA build on the strong progress achieved over recent years under Catherine’s leadership and continuing to deliver rewarding outcomes for all our stakeholders.

“CBA has profoundly important obligations to its customers, shareholders and employees, and a vital responsibility to foster economic and social wellbeing.  The bank is playing a leading part in supporting Australia’s economic growth agenda and its transition to both a sustainable and a digital economy. Above all, I am a firm believer in the meaningful and crucial role that CBA plays in the lives of its customers and in Australia’s national interest,” Mr O’Malley said.

Mr O’Malley paid tribute to Ms Livingstone’s achievements during her time as Director and in particular as Chair of CBA since January 2017.

“Catherine’s tenure coincided with a time of considerable turmoil for CBA and the financial services industry more broadly, and Catherine has ably led the Group through a number of its most significant challenges,” said Mr O’Malley on behalf of all Board members.

“CBA’s comprehensive response to these issues included the Remedial Action Plan implementing recommendations by APRA to overhaul the bank’s governance, risk management and accountability frameworks; the implementation of recommendations from the Royal Commission and major changes to the bank’s culture and values including setting new expectations of behaviour and responsibilities.

“Over the same period Catherine oversaw a renewal of the Board, and with the Board, appointed Matt Comyn as Chief Executive Officer in 2018. Under her leadership, a particular focus has been the engagement of the Board and management in the development and evolution of the bank’s strategy.

“I am looking forward to helping lead this vibrant and important organisation through its next strategic growth phase and delivering outcomes for shareholders, customers and communities,” Mr O’Malley said.

Catherine Livingstone AO, Chairman of the Board of Commonwealth Bank of Australia

Catherine Livingstone AO was appointed to the Board of Commonwealth Bank on 1 March 2016 and became the Chair on 1 January 2017. She is Chair of the Board’s Nominations Committee and a member of the Audit, Risk & Compliance and People & Remuneration Committees.

Ms Livingstone’s extensive business, finance and executive leadership experience spans more than 45 years and she has contributed to the development of Australia’s banking, telecommunications, science and medical devices sectors, as well as the development of innovation policy.

During her career, Ms Livingstone has held a number of senior roles, including as chairman of Telstra Corporation Ltd and of the CSIRO, and as Managing Director and CEO of Cochlear Ltd. Catherine has also served on the boards of Worley Parsons Ltd, Macquarie Group Ltd, Goodman Fielder Ltd and Rural Press Ltd and is a former president of the Business Council of Australia and the Australian Museum.

Ms Livingstone is Chancellor of the University of Technology Sydney. She is also a member of the Steering Committee for the CSIRO Australia Telescope National Facility, and is a director of Saluda Medical Pty Ltd, The Australian Ballet and the Bundanon Trust Board.

Paul O’Malley, Chairman-elect of the Board of Commonwealth Bank of Australia

Paul O’Malley joined the board of Commonwealth Bank on 1 January 2019 as an independent Non-Executive Director. He is Chair of the People & Remuneration Committee and a member of the Risk & Compliance Committee.

Mr O’Malley has broad executive leadership and operational experience. He served as Managing Director and CEO of BlueScope Steel Ltd for 10 years until 2017, after joining the company as Chief Financial Officer.

Previously, he was the CEO of TXU Energy, a subsidiary of TXU Corp based in Dallas, Texas. He also has a strong background in finance and accounting, and worked in investment banking and audit.

Mr O’Malley is a former Director of the Worldsteel Association, chair of its Nominating Committee, and a former trustee of the Melbourne Cricket Ground Trust. He is also an independent Non-Executive Director of Coles Group Limited and the Chair of its Audit and Risk Committee.