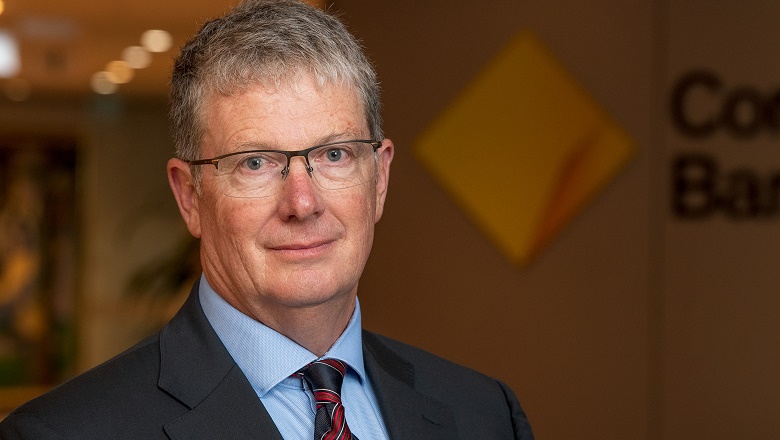 Paul O’Malley’s approach to strategic development, forged at BlueScope Steel among other senior executive roles, has equipped him well for the task ahead in leading the Board of CBA, Australia’s largest financial institution.

Incoming-CBA chairman Paul O’Malley will build on the foundations put in place by the Board over the past five years as part of the bank’s commitment to support Australia’s future growth and the transition to a sustainable and digital economy.

With nearly 20 years’ experience at the highest executive level and before that a decade and a half in a wide variety of senior managerial roles, CBA’s chair-elect brings a wealth of corporate expertise to the top board role of the country’s largest financial services company.

Among his priorities will be to further enhance CBA’s position as a major contributor to Australia’s economy – a key focus of the bank’s recently refreshed strategy designed to support the growth of its 15 million retail, business and institutional customers.

“CBA has profoundly important obligations to its customers, employees and shareholders, and a vital responsibility to foster economic and social wellbeing,” said Mr O’Malley following the announcement of the impending retirement of current chair, Catherine Livingstone and his appointment as her successor.

“The bank is playing a leading part in supporting Australia’s economic growth agenda and its transition to both a sustainable and a digital economy. Above all, I am a firm believer in the meaningful and crucial role that CBA plays in the lives of its customers and in Australia’s national interest.”

Mr O’Malley is well-versed in the importance of the role Corporate Australia plays in the life of the country’s development and how decisions directly impact the people and communities it serves.

As CEO and managing director of BlueScope and before that as chief financial officer, he faced into significant challenges to transform the business as Australia’s largest steel maker battled intense global competition, fluctuating raw material and input costs, and constantly-changing product pricing.

His tenure at the company straddled the global financial crisis that subsequently resulted in a worldwide glut of steel, with major implications for BlueScope.

As well as taking significant short-term restructuring steps to steer the group through those problems, Mr O’Malley developed a longer-term plan that enabled BlueScope to become the world’s largest producer of value-added flat steel products used in the building and construction sectors, serving Australia, New Zealand, the US and Asia.

The strategy also made BlueScope a globally cost-competitive producer of commodity steel products here at home, across the Tasman and in the US.

That was achieved only with the tripartite help and support of the company’s workforce and unions, the NSW Government and the Commonwealth Government to create the necessary conditions for the company to create a more sustainable financial future.

Leadership, accountability, strategic thinking, diversity and development have been hallmarks of Mr O’Malley’s career, dating back to his days in the early 2000s as CEO and Chief Financial Officer of TX Energy, a US electricity and gas retailer. That experience gave him detailed knowledge of the energy sector, especially in gas, coal, nuclear and wind-fired power generation.

Prior to that, he had roles with Deloitte in its corporate finance and consulting divisions, and in investment banking, after starting his career with KPMG as an auditor and tax consultant in the mid-1980s.

Since focusing his career on roles as an independent director, Mr O’Malley has also been appointed to the Board of supermarket giant Coles, who he joined in October 2020 and where he is also Chair of the Risk and Audit committee

Outside of work, Mr O’Malley spends time with his family, wife Catherine and their four children, He is also currently chair of the advisory council of Melbourne primary and secondary school St Kevin’s College and is a former trustee of the Melbourne Cricket Ground Trust.