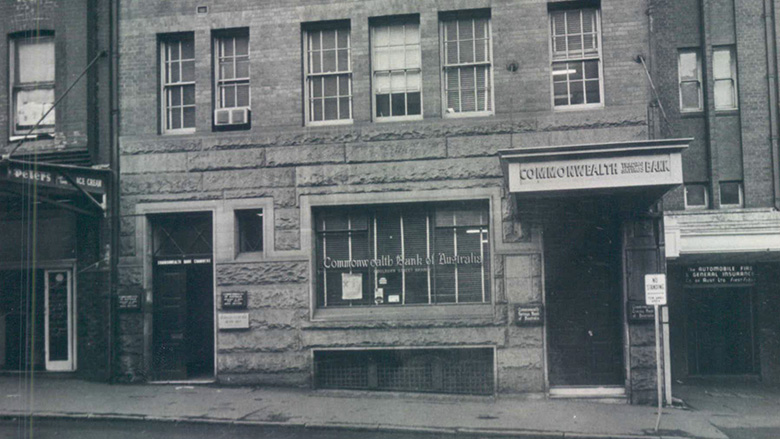 The end of the conflict in Europe and the Pacific meant the thousands of Commonwealth Bank service people fighting abroad (and who had survived the war) would be able to return home.

Many of them hadn’t seen Australia for years, and the trip back couldn’t come soon enough.

Aside from the enormous logistical issues to repatriate them from war zones across the globe, there were still important duties to perform, in particular for the invading Allied armies that had now become occupation forces to impose the peace.

CBA’s internal staff magazine, Bank Notes, regularly published reports from staff who were yet to be demobbed. The combined issue of September and December 1945, published just before Christmas of that year, contained one such communique, a letter from a former staffer of Adelaide branch, serving as an Army captain in newly-occupied Japan.

Stationed in Yokohama with the American Eighth Army, the officer had also visited Tokyo. Describing the scenes he had witnessed, he wrote: “You wouldn’t credit the devastation that fire has wreaked in the twenty mile stretch between the two cities. The completest burn I’ve seen or hope to see.

“Either place qualifies for the term ‘Open City’, one through which you can see great distances. About 90 per cent of either places were wooden shacks and very few of them remain. The remainder are large modern stone buildings and apart from gaps here and there they stood out fairly well.”

The captain’s main duty in the country was the release and repatriation of Allied prisoners of war.

“It’s been wonderful to see the lads again,” he told Bank Notes. “The recovery has gone forward very smoothly and we have had over 20,000 through this centre, with about 1,000 Australians. The bulk of our lads were in southern Japan and go through another centre. 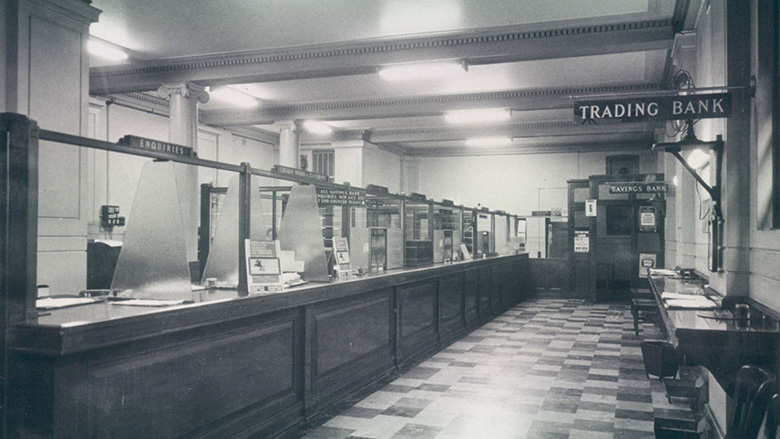 “The ones through here get a tremendous kick out of being met with the band playing and a handshake. I think you would be pretty cold if you didn’t find yourself blinking rather hard on occasions.”

While the Prisoners of War (POWs) were on the whole well, most of them had suffered at the hands of their captors, the Captain wrote. But he also records the help they received from an unlikely quarter – the local people.

“Many comment of the kindness they’ve had from Japanese civilians who weren’t under direct Army influence. Some civilians apparently took great risks but did help the lads on occasions. The women were in the main helpful too.

“….. Meeting these lads has been a very significant period. One can usually pick an Australian even though dressed in a Navy, Army or mixed rig-out. They always commented on how good it was to speak to someone who had not been in captivity.”

But it wasn’t all work and no play, as the saying went at the time. With most of his duties completed, the Captain was also able to travel around the countryside, including getting close to Mount Fuji. His recollections contained some hope for the future as well as an appreciation of the country’s beauty despite the devastation he had seen in the cities.

“Japan is a most orderly fertile countryside, more like a landscape garden than anything else, with every patch growing something,” he wrote.

“Further one comes out to the mountains and the drives through these deep gorges and tree covered hills are really superb.”

Footnote: One of the featured columns in each issue of Bank Notes was a list of staff appointments, movements and transfers between offices and branches, resignations, retirements and deaths of former staff.

During the war years and particularly at the end of hostilities, there was also a long list entitled “Resumptions from Military Leave”.   The lists were in alphabetical order and in the following issue of March 1946 the many names recorded included that of the Captain, who had returned from Japan and resumed his career with Bank. He was listed as simply being transferred “to Manly”, CBA’s branch on the northern beaches of Sydney.